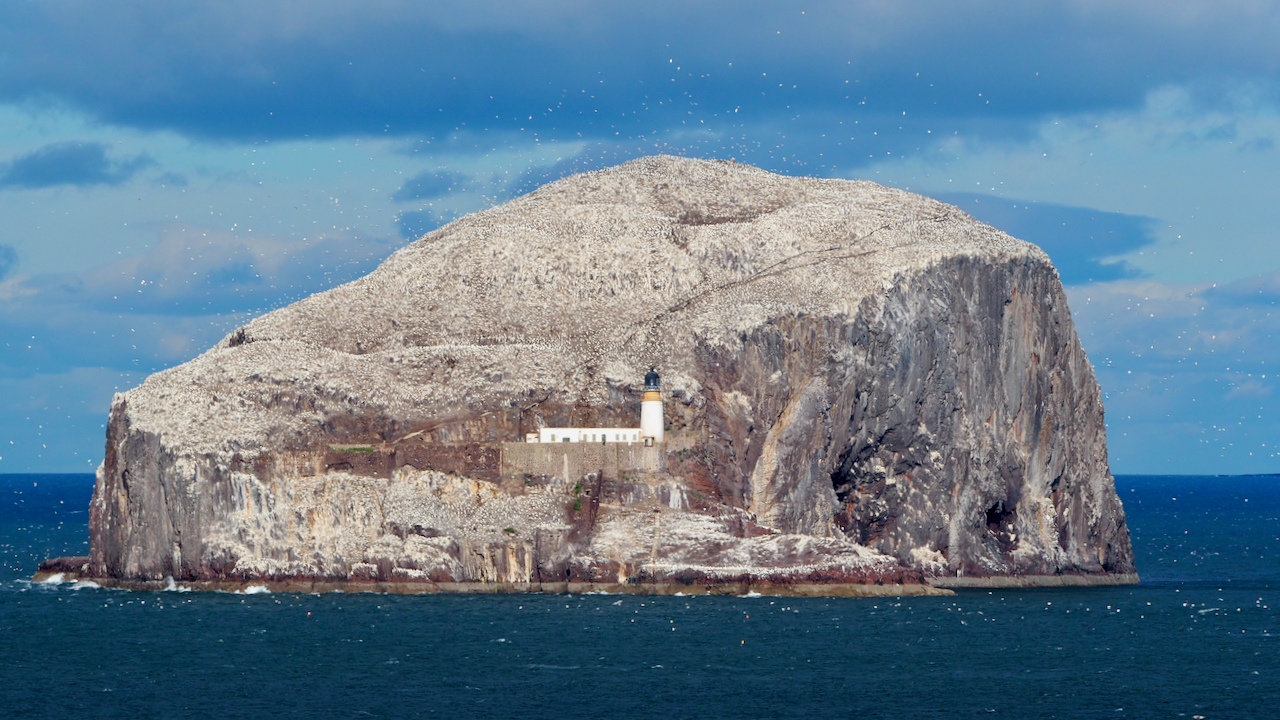 I must confess, I have never set foot on the island. But it looked so white in the October sunshine and clear air I couldn’t resist a photo.

The whiteness comes from the thousands of gannets and other sea birds that live on this gigantic lump of basalt. Look closely and you can make out individual birds both on land and on the wing. And all from a distance of 2½ kilometres. Of course, there must be an underlying shade of guano too to add to the whiteness.

The lighthouse seems to me to be in quite an odd position, on the southside hidden from the Firth of Forth. There are also the ruins of a chapel on the island, built on the site of the hermitage of St Baldred. When he died a dispute is said to have occurred between the churches at Auldhame, Tyninghame, and Linton as to which would have his body. The quarrel apparently became violent but eventually, everyone was overcome by sleep. The next morning, instead of St Baldred’s corpse, they found three identical bodies so each church took one to bury.

The rock has also been used several times, and we wouldn’t want to give our Home Secretary any ideas, as a prison. The most notorious was during the Wars of the Three Kingdoms, of which the English Civil War was a part. After Cromwell invaded Scotland, Covenanters were imprisoned on the rock. Later still, Jacobites were sent there. In 1691, four Jacobite prisoners took control of the garrison, expelled the guards, and managed to hold out for three years, supplied with provisions by France. It would have been tough surviving on a diet of sea birds and eggs.