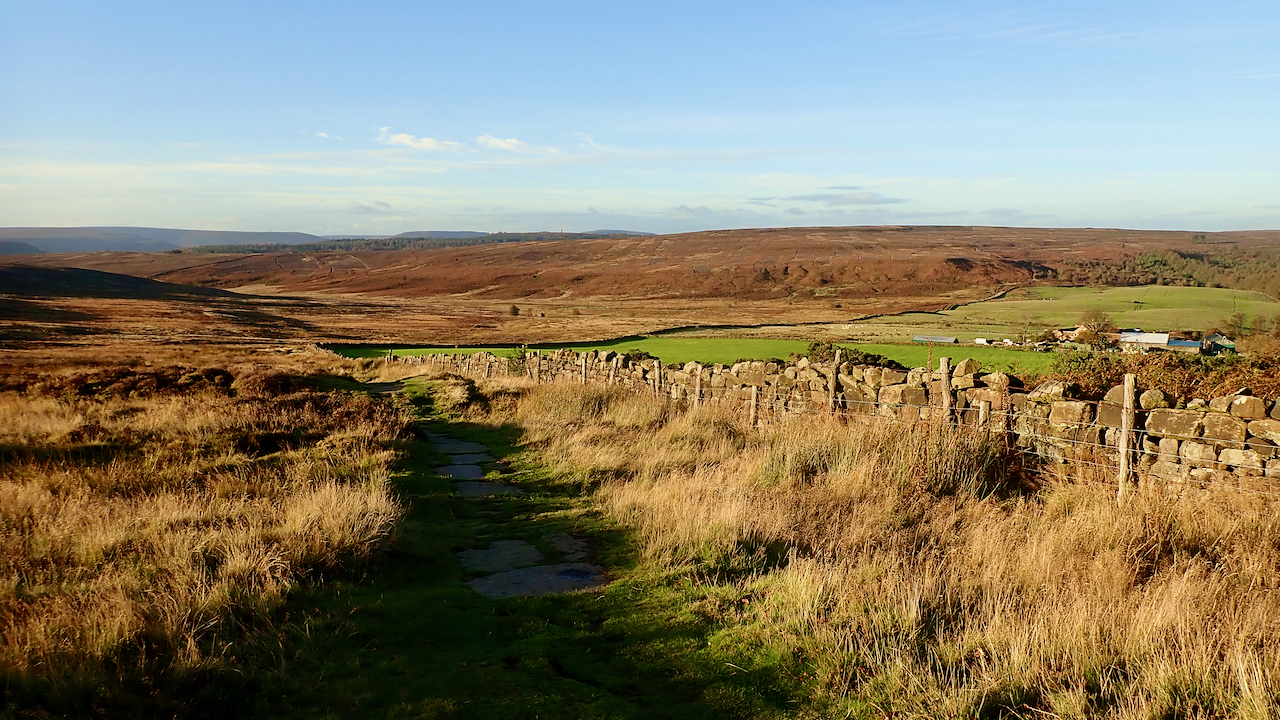 A day for saying farewell to a good friend and a personal reflection on an early walk.

Jon Williams was my training partner during those years we both lived in Guisborough during the 1970/80s. Many times we pushed each other across the boggy Codhill Slack on the final climb up to Highcliff Nab. Of course, now that path has been paved due to the demands of the Cleveland Way.

When I first met Jon, in 1974, he was already an accomplished cross country runner, climber, skier, and orienteer. A teacher by profession, he exuded inspiration. He was a founder member of Mandale Harriers and served as a committee member and later Chairman of Teesside and Cleveland Orienteering Club. In the days of pen and ink before OCAD, he developed his skills as a mapper being particularly proud of his map of Hutton Lowcross.

Throughout the 1970s and 80s, Jon’s sporting career progressed. In orienteering, he was twice Northern Orienteering Champion and won a gold medal in the 1983 Continental Cup Relays in France. He was a frequent and successful competitor in local fell, road, and track races, too numerous to list but I recall him winning outright the 1981 Roseberry Topping Race and 1974 Lyke Wake Race. On the roads, he completed half a dozen Great North Runs and three London Marathons, including clocking a creditable sub 2½ hour.

We would often share lifts to cross the Pennines for the classic Lakeland fell races: the Ennerdale, and the Mountain Trial. I would always be trailing in his wake. In 1977, we paired up to compete as a team in the Karrimor Mountain Marathon in the Howgills in which we came 7th in the Elite.

Jon eventually retired from teaching but continued working with children by coaching orienteering in schools. His meticulousness and attention to detail found an opportunity in the form of repairing antique clocks.

However, my fondest memory of Jon was as a musician. Many nights have been spent listening to his songs and guitar playing in folk clubs and relaxing around campfires on a beach after spending the day windsurfing.

But in 2005, Jon suffered a life-changing event soon after the start of an orienteering event on Flasby Fell near Skipton when he suffered a massive stroke. Fortunately, medical help was quickly on hand by a fellow competitor and the Yorkshire Air Ambulance ensured a prompt admission to hospital however Jon was left paralysed in his left arm and leg, unable to walk, and confined to a wheelchair.

Despite this, with typical resilience and determination that I knew from long runs on the fells, Jon taught himself to swim with just one half of his body eventually swimming 64 lengths, a full mile, to raise money for the Great North Air Ambulance. He managed to remain an active club member, continuing to plan, control, map, and help at events.  Jon continued to work enthusiastically with junior orienteers, helping them to develop their skills and providing encouragement and confidence.

In 2012 Jon was selected to be an Olympic torchbearer as it passed through Teesside on its way to the London Games. It must have been his proudest moment.

After a second stroke, the last few years have seen a gradual deterioration of Jon’s condition. He passed away on the 25th September 2020.

Jon thrived at what he loved, training, and working hard, every day. He was a very good friend and was there when I most needed help.

2 Replies to “The Cleveland Way at Codhill Plantation”