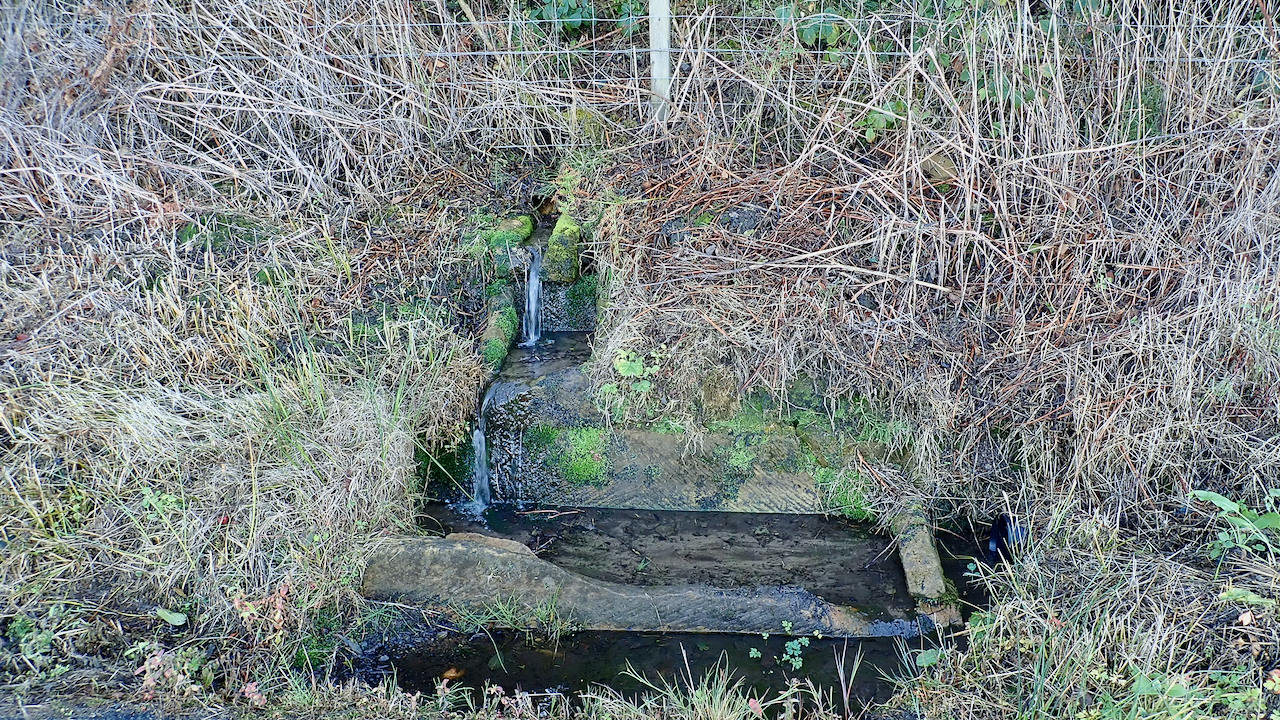 John Fairfax-Blakeborough in his 1912 book with “Life in a Yorkshire village” writes:

Speaking of superstitions reminds me of a tradition that the water in Brandy Well, half way up Carlton Bank, has most wonderful curative properties, and that a wish made here when drinking, is pretty certain to be fulfilled. The well is by the road side and the water is no doubt just about as pure as it could possibly be, coming as it does, after much filtering through peat, straight from the hills. There may be something more than mere superstition in the health giving properties of this water, especially in conjunction with the climb up the hill amid pine trees and the inhaling of the invigorating air.

Now, the location of this well has been lost to history and the subject of some speculation on the Northern Antiquarian website but recent resurfacing work on the road, and presumably cleaning out the drainage ditches, has led to the uncovering of a cascade of stone troughs which look remarkably similar to this image of the Brandy Well in Fairfax-Blakeborough’s book:

I must admit, it’s good enough for me. OK, the background slope does not appear as steep as it is now but I remember a lot of stabilisation work being done on that slope in the 1970/80s. Or maybe it’s been banked up a bit when the road was widened. What does surprise me is the build-up of the current road surface which is about level with the top of the trough.

Fairfax-Blakeborough writes about the well being halfway up the bank. This trough is at 210m which is actually halfway in height between Carlton village and the summit of the road. So that fits.

I missed the chance to say a wish as I didn’t risk the water even if it may have tasted like it’s namesake. However, the Northern Antiquarian website suggests ‘Brandy Well’ could be a corruption of St Brendan’s Well.