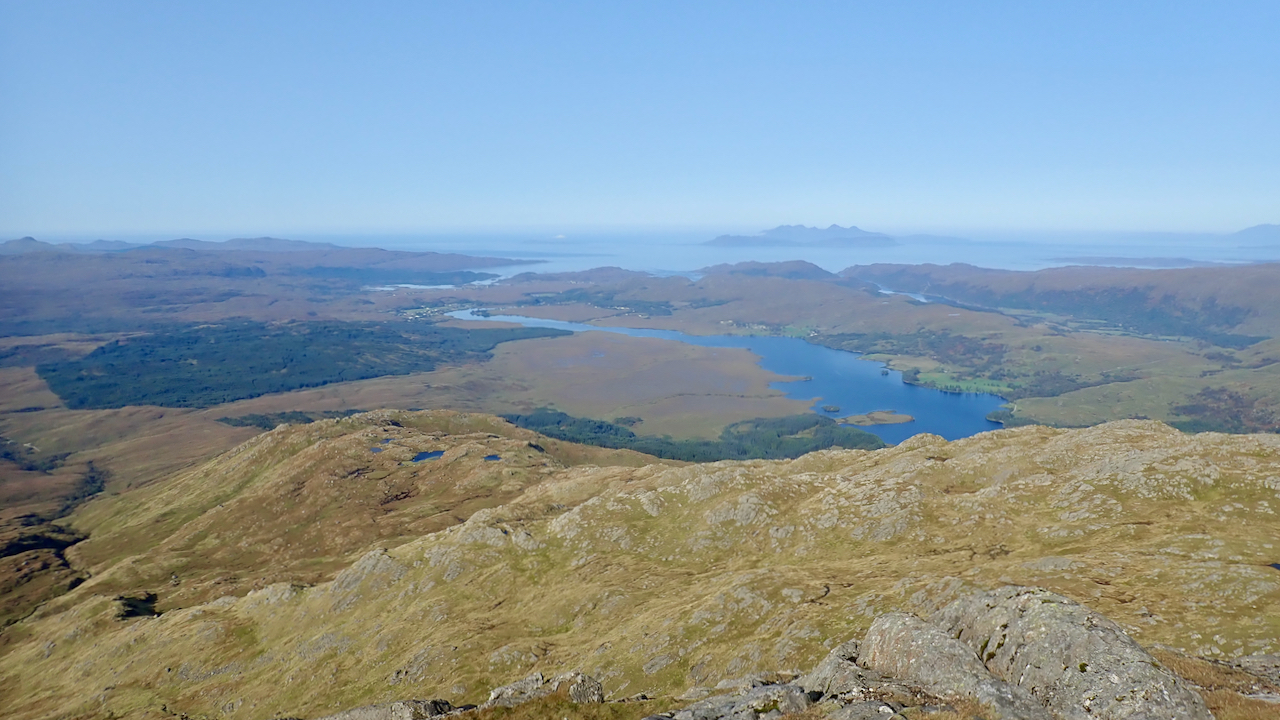 Beinn Resipol is a relentless climb, gradually getting steeper and steeper nearing the summit. But the views are well worth the climb. Super if today a little hazy.

The loch is Loch Sliel, connected to the sea by the short River Shiel. In the distance is the island of Rùm.

The name Bienn Resipol shows the Norse influence in these parts. It derives from the Old Norse ‘hross bolstadr‘ meaning a horse farm.

For me, it was my second attempt at climbing the hill. On a previous occasion, I had set off with the 14-year-old scion to run up. It soon became evident I was holding him back, so in spite of paternal misgivings I suggested he went ahead, half expecting him to wait at the summit for his old man. But half an hour later or so, the mountain kid reappeared hopping and skipping down the hillside.
 Open Space Web-Map builder Code