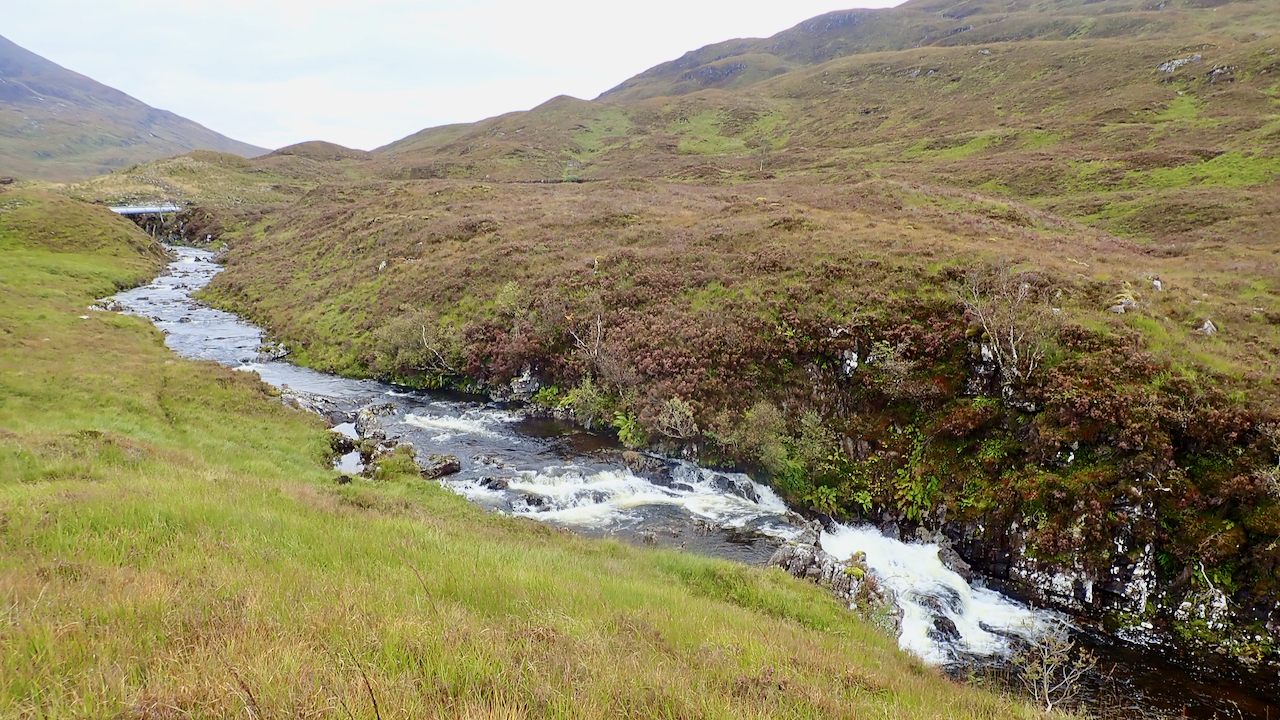 ‘The stream of the hind’, swollen and tumultuous as it begins its plunges down towards Loch Leven. Its source is Loch Eilde Mòr, which I think translates as ‘the big loch of the hind’. Perhaps the shelter and grazing here are favoured by nursing hinds.

Such a large volume of water coming down the ‘stream’. Yet the loch is the feeder for a recent hydroelectric development. Completed in 2017, the scheme cost £13.6m and generates 2 megawatts of electricity, which in the usual parlance is enough to power 20,000 homes.

The pipe bridge crossing the river, which can be seen on the left of the main photo, carries the water 3km to the powerhouse in Kinlochleven. Unbeknownst, we had followed the pipeline up thinking it was just a new unmapped access track. But the track abruptly ended where the excavations had been ‘made good’. I must admit that after three years the natural vegetation was returning, but still makes an obvious handrail for navigation although it’s a bit gloopy in places.

This is not the first time the water from Loch Eilde Mòr has been used for hydroelectric generation. During the First World War, the loch was used as a feeder for the Blackwater Reservoir which supplied the aluminum plant in Kinlochleven. A pipeline was built connecting the two which can be seen faintly on the right in the main photo.
 Open Space Web-Map builder Code