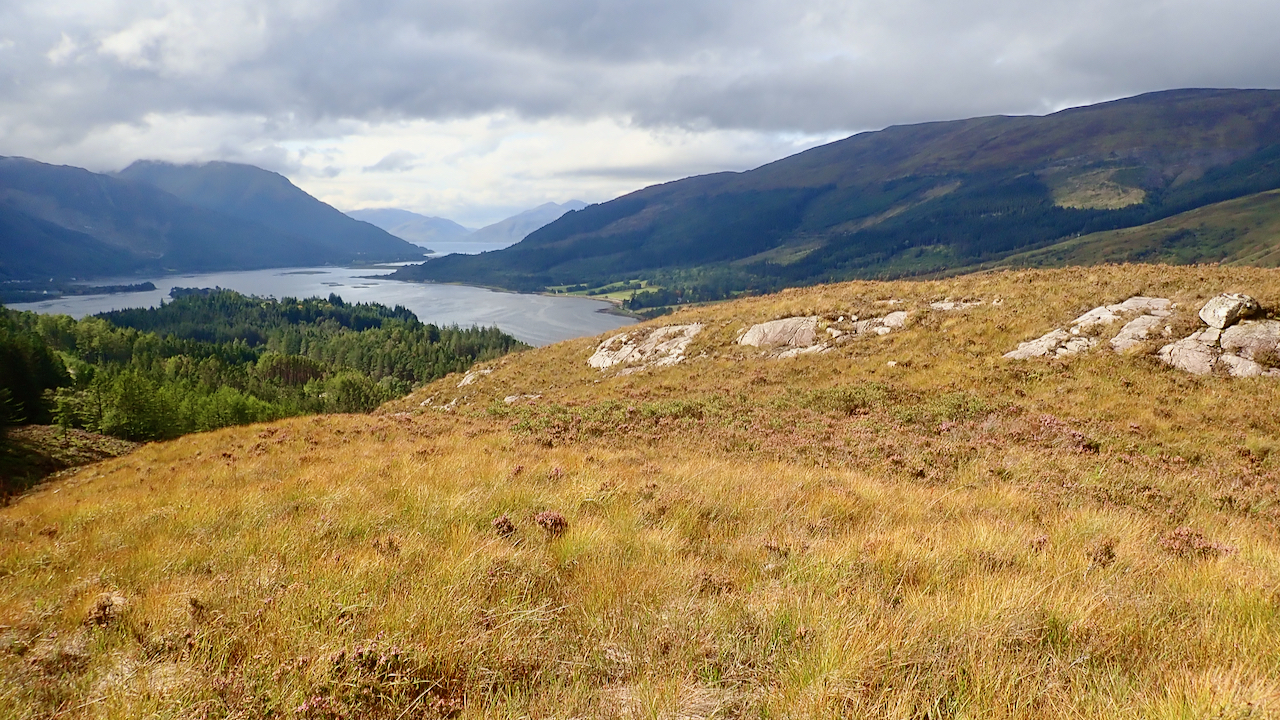 This is Loch Leven, familiar to all those who have travelled on the A82 to Fort William. The Ballachulish bridge crossing the loch is just hidden by the headland on the north shore. On the south shore, again just out of sight is the tiny village of Duror.

Here, on 14 May 1752, Colin Roy Campbell of Glenure was shot in the back. Cold-blooded murder. This was just a few years after the Jacobite rising of 1745, and tensions between the Hanoverian Government supporting Campbells and the Jacobite Stewarts were still highly fractious. All Clan Stewart lands in Appin had been forfeited and Colin Roy Campbell had been appointed by the Government as the factor for these lands. He had recently evicted several Stewart families.

Suspicions immediately fell on the Stewart clan especially as Allan Stewart had fled the area. James Stewart, the heir apparent for the Stewarts chiefdom, was subsequently arrested and tried for murder although he had a solid alibi. He was found guilty of aiding and abetting by a 15-man jury of which 11 were Campbells. The presiding judge was Archibald Campbell, 3rd Duke of Argyll, chief of Clan Campbell.

James Stewart was hanged on 8 November 1752 at Ballachulish, protesting his innocence to the end.

The crime was the inspiration for a scene in Robert Louis Stevenson’s novel ‘Kidnapped‘.

Whoever did pull the trigger has been a Stewart family secret ever since. Until 2001; when a descendant revealed that the murder was planned by four young Stewarts without James’s authority. Donald Stewart was selected as he was the best shot.
 Open Space Web-Map builder Code