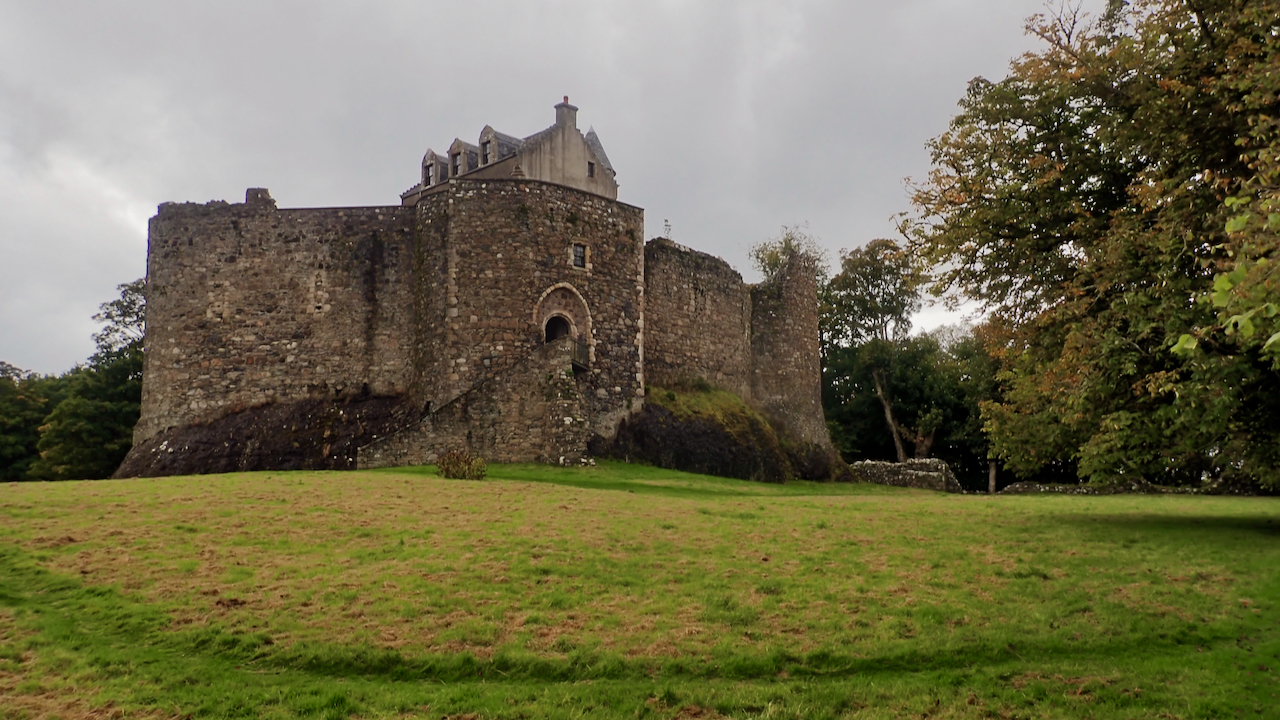 A wet and gloomy day, so dull in fact my photo count was a bit lean. So the featured image above is the runner-up from yesterday.

Dunstaffnage Castle near Oban is a must-see on the tourist itinerary. Built by Duncan MacDougall, the Lord of Lorn, about 1220, on a plug of conglomerate rock. It would have been much more impressive in its day, rendered with white lime and unobscured by trees. It guarded the entrance to Loch Etive and gave out a strong message who was boss in these parts.

What the tourist information boards don’t tell you is that the castle was once the home of a Glastig, a sort of ghost, half woman, half goat. The lower half is the goat and is usually disguised by a long, flowing green dress. The woman upper half is grey with long yellow hair.

The Dunstaffnage Glastig was known as the Siannag or Elle-maid (elf-maid). Her heavy footsteps could be heard walking the castle at night and she had the habit of pulling the bedclothes off any stranger who was staying there. The Siannag was said to shriek sounds of joy whenever a happy event was about to happen, or wail in warning of an unfortunate event such as an approaching death.

In 1810, the castle was gutted by fire which seemed to have put paid to the Siannag’s mischiefs.

Which is a lot more interesting than this photo of Loch Creran on a dreich day: