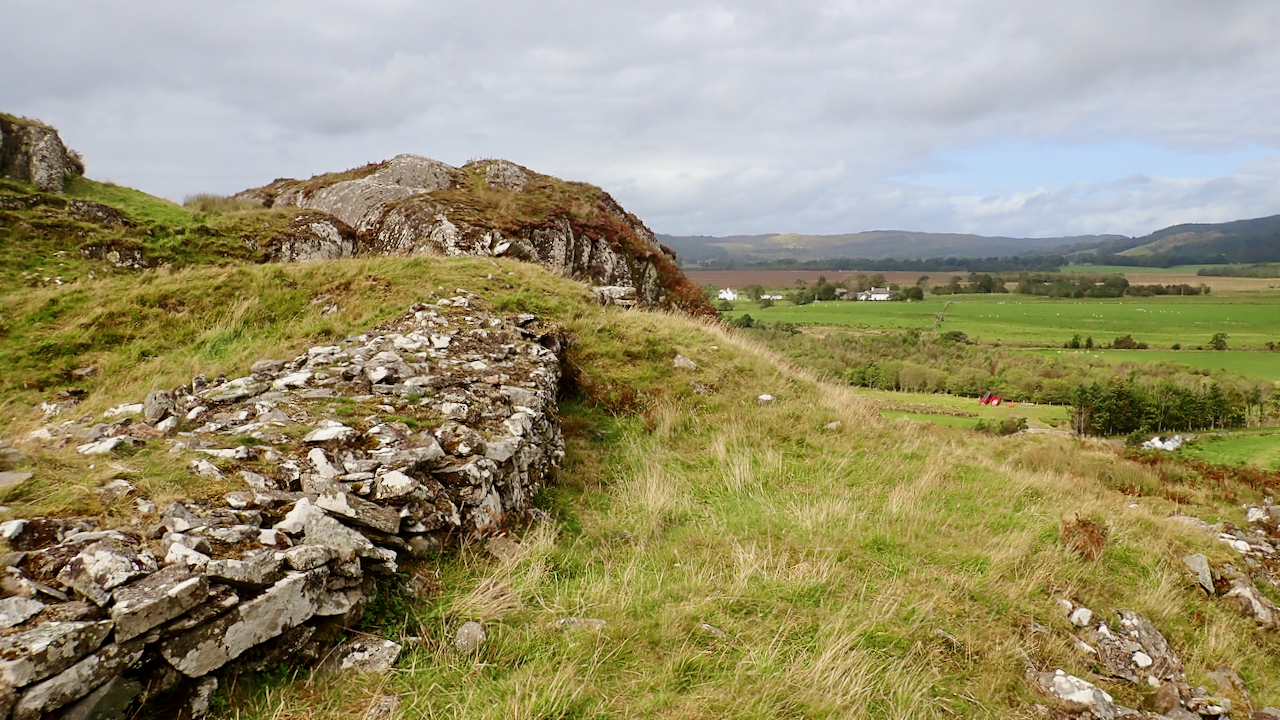 More than 1,300 years ago, this part of Argyll was known as Dàl Riata and was peopled by Gaels, known as the Scotti. The royal centre of Dàl Riata was a fortress built on top of a rocky hill beside the River Add: Dunadd, or Dùn Ad in Gaelic.

It is said that the Gaels invaded western Scotland from Ireland although there is no archaeological evidence to support. The descendants of the Scotti became the first kings of Scotland.

The photo shows the remains of the ramparts. Elsewhere other building foundations can be made out including the citadel, the feasting hall, on the topmost knoll. A large slab covers the well which is marked on the Ordnance Survey map by a blue ‘W’ symbol.

Archaeologists have found traces of ironworking, gold, silver, copper and lead artefacts, and more than 900 mould fragments used for making brooches. It is believed the site has been occupied since the Iron Age.

In the 8th-century, the fort fell to a Pictish warlord called Aengus but it is thought its use continued thereafter as a ceremonial centre to maintain control over the surrounding area.
 Open Space Web-Map builder Code