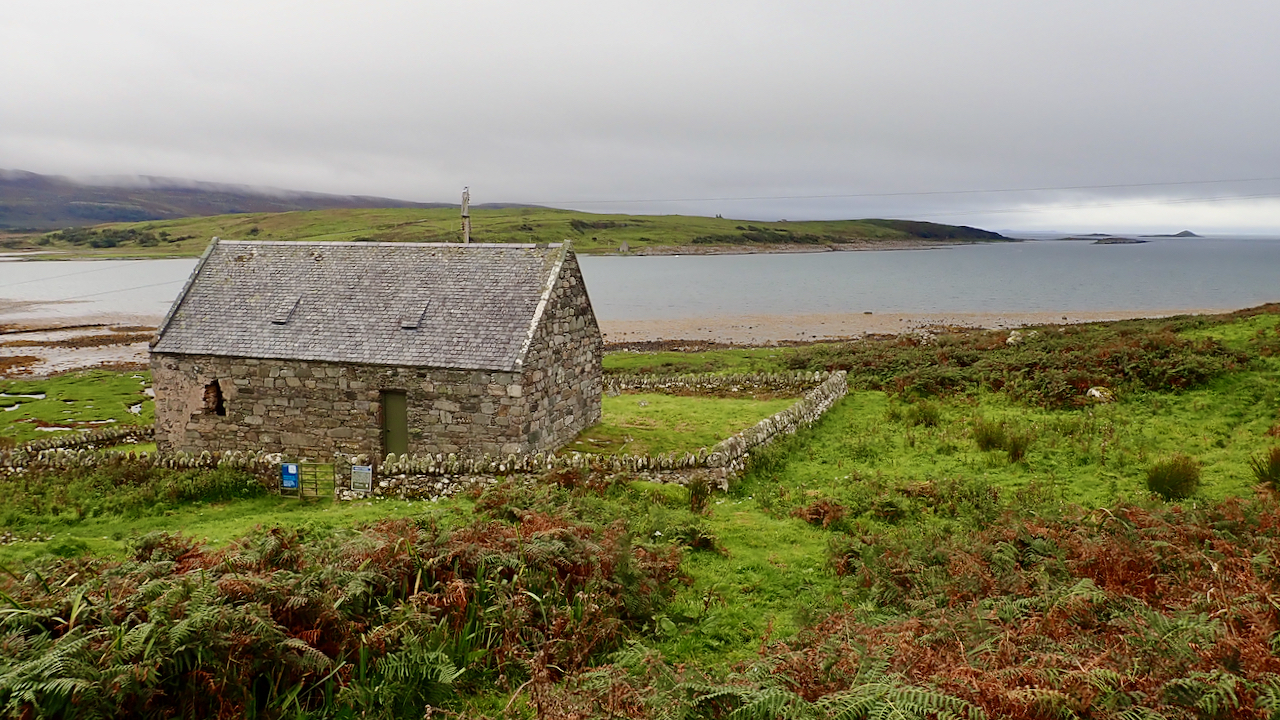 Sited at the very end of the Tayvallich peninsula, according to Historic Scotland the Keills chapel contains 40 carved stones dating from early Christian to late medieval but alas today, because of this virus, it was all shut up.

Apparently it’s typical of 13th-century churches in the western Highlands. It seems to have been dedicated to either St Charmaig or St Cormac, depending on which website you look at. But of course, these two may have been the same saint, I’m not that up on them.

Today the tip of the peninsula is deserted, just a few cottages that look like holiday lets, but it was once the start of a drovers’ route to markets at Falkirk and Stirling. Cattle from Jura were landed at the jetty here to begin their journey east.

Big changes would have happened if a proposal in the 1990s had come to fruition. A new roll-on-roll-off ferry route was suggested linking Jura directly to the mainland here at Keills.

Seems like a mad cap idea to me.
 Open Space Web-Map builder Code