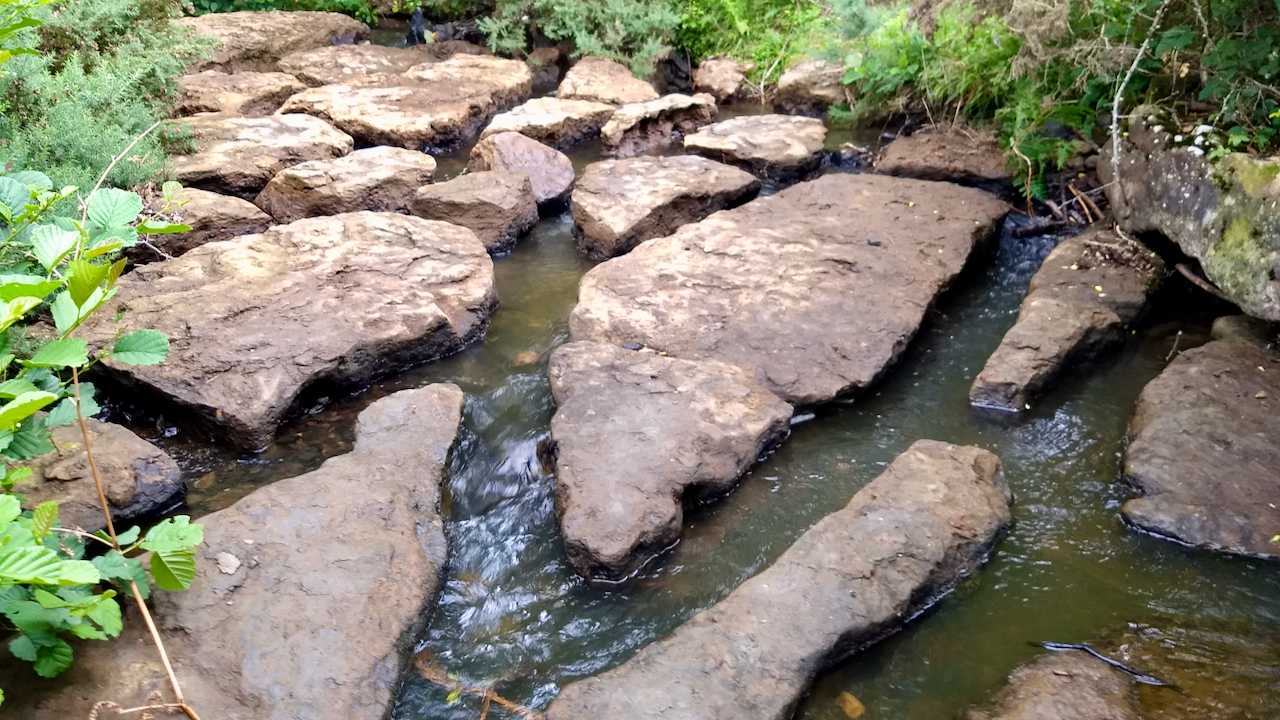 The road east out of Hutton-le-Hole towards Lastingham crosses a bridge over Fairy Call Beck. Just north of the bridge are the Fairy Stones, a mosaic of stepping stones naturally formed from the Cornbrash bedrock.

The Cornbrash Formation is a narrow Jurassic layer of rock, composed part limestone and part sandstone, that is rich in fossils. The Fairy Stones and the cliffs on the banks of the stream downstream of the bridge are a Site of Special Scientific Interest (SSSI).

An old dialect name for the Cornbrash is ‘Red-backs‘ and yes, I can see a reddish tinge to the rock.

I was sure that an unusual feature such as this and with a name like The Fairy Stones must have some folklore attached to it. But I couldn’t find anything. The internet, for once, was silent.

I haven’t had much to do with Hutton-le-Hole, passing through occasionally and once starting a race from there. It sounds a grim place with a franglais name, but it is actually a pretty place, in fact, the idyllic North York Moors village. There is one drawback though – it’s far too much a tourist destination. On a warm summer day, the cafés and pubs are full and the village green is crowded with picnickers and children playing in the beck. Although to be fair we did find an empty table at a nice little tea shop.

The village was once the base for the officials that supervised the Royal forest park of Spaunton. The name ‘le-Hole’ actually comes from ‘underheg‘ meaning ‘under the park boundary‘.

2 Replies to “The Fairy Stones”