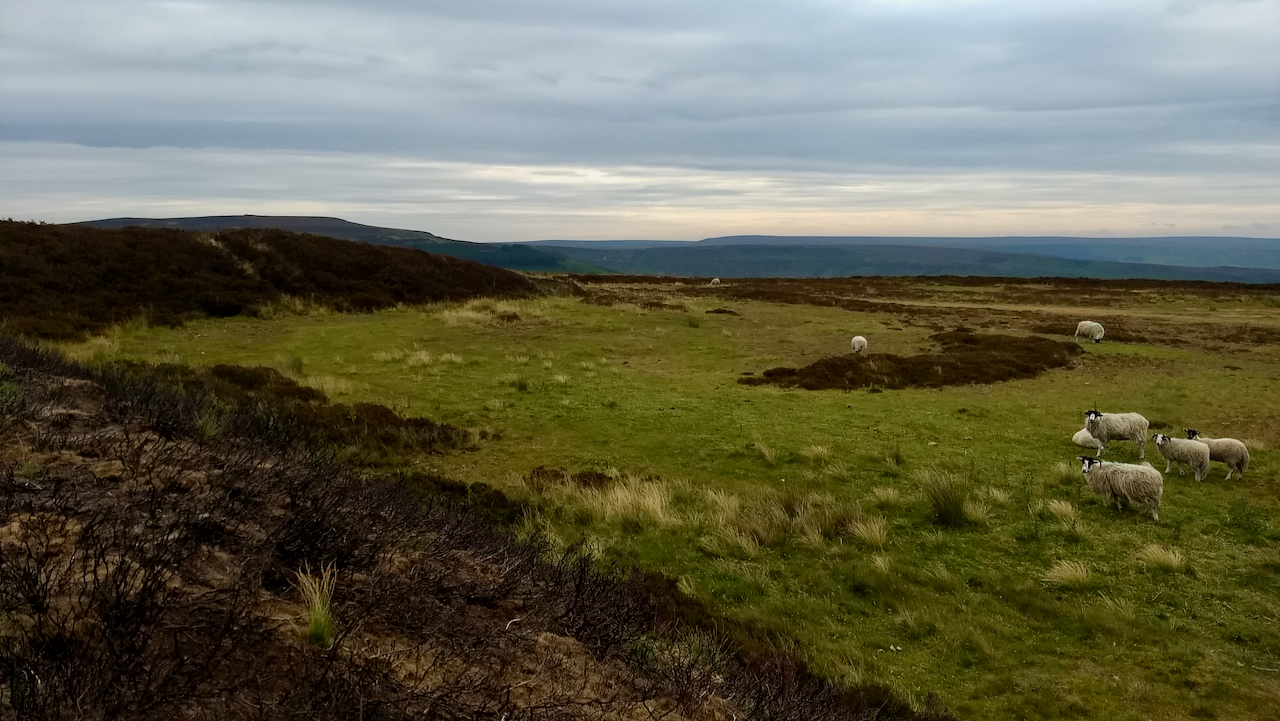 If you look on the O.S. 1:25,000 map of Carlton Moor you will see a large area of ‘white’ moor, land that is not designated as Access Land under the Countryside and Rights of Way Act (2000). Unfortunately, you can not get to this scale using my normal embedded map but here is a link using Bing mapping.

The reason why that this bit of moorland is excluded is that it is classified as an aerodrome as the Carlton Moor Gliding Club once had their base there.

The club was established as the Newcastle and Teesside Gliding Club in the 1960s with help from the Royal Engineers to create the runway. The club had originally been based at RAF Usworth, where the Nissan factory is now, but was evicted when Sunderland Airport was developed.

The tow was from the back of an old truck. Some say a bus but it looks more like an old fire engine to me. From the map, the runway looks to have been about 700m long, launching straight over the escarpment at the highest point of the moor.

I did go up in a glider once from there. It must have been around 1979/80. It was definitely after ’76 as that was the year my daughter was born and she sat on my lap as we went up in a two-seater glider. A work colleague was the pilot. I recall it was an evening and we were quickly dipping in and out the clouds. A memorable experience.

I passed by in 2008 when there was still activity at the club however it seems to have disbanded soon afterward.

By 2011, the site was an eyesore but the following year a contribution of up to £15,000 was made by the NYM National Park towards tidying up the site.

In 2020, sheep are now grazing where there was once the concrete base of the hanger, sheltered by the earth windbreak that surrounded the building on the north and west sides. The runways have reverted to a covering of heather. Only the tracks created for taxiing remain.
 Open Space Web-Map builder Code