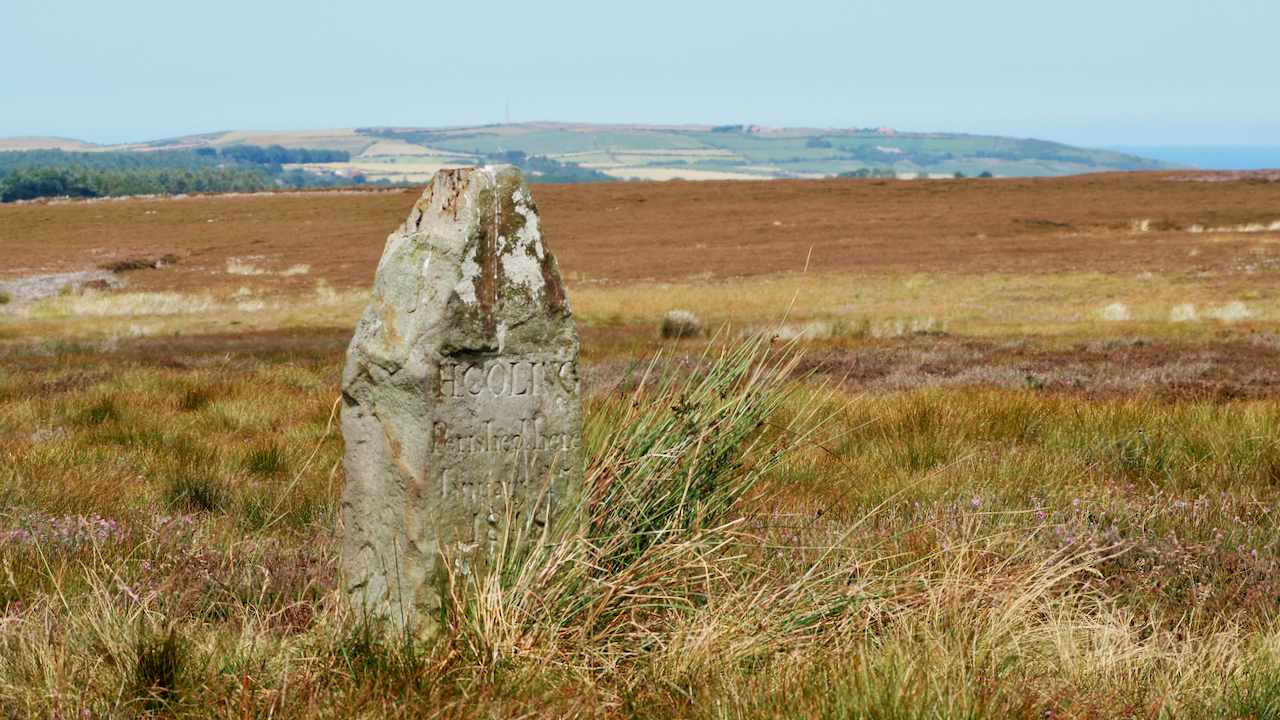 Over on the moors south of Scaling Dam Reservoir and I happened across this memorial to a woman who had died on the moor in 1848. 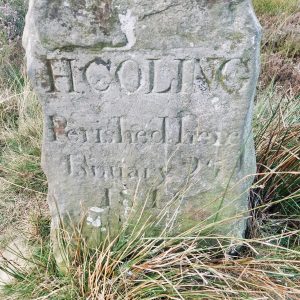 I had heard there was a memorial somewhere on this moor but I wasn’t looking for it specifically. I found one mention on the internet which said that H. Coling was a woman, aged 29 who had died during a snowstorm. It would be three days before her body was found.

Woman Lost the Snow. —A poor woman named Colling (formerly Fletcher of Lealholm Bridge) the wife of Thomas Colling, Barnby, near Whitby, shoemaker, was lost on the moor, near to Danby Beacon, one night last week, perished in the snow. Her body was not found of two or three days afterwards. An inquest was held on the body by Mr. R. W. Hurrell, deputy coroner. It appeared from the evidence that the deceased was found frozen to death on the high road from Tranmire to Lyth, on the 1st inst. She had gone to Trammire, a distance of three or four miles, to work, and having finished her daily toil, set off her road back. She never, however, reached her home alive. Her husband and brother became alarmed at her long absence, and proceeded to Tranmire, where they obtained assistance. The search was continued until the body of the deceased was found at a place called the Three Bows, on Danby Moor. She was laid on the open common ; and it is supposed that she had missed her way in the snow, and had been frozen to death. A verdict “Found Dead” was returned.

This report throws up a few thoughts. Trammire, Hannah’s place of work, is over three miles west of Barnby, her home. That’s a good hour’s walk, through the village of Ugthorpe. And she did this there and back on a daily basis, so she must have been very familiar with the route. Yet she was found almost two miles further west of Tranmire; in completely the wrong direction. It must have been some blizzard for her to become so disorientated. From her memorial, I headed east across Black Dike Moor towards Tranmire, the reverse of the route she would have taken. It was not easy going.

The report also says that she was found “at a place called the Three Bows”. Her memorial is on Three Howes Rigg. Curious, but that may have been just a reporting error, after all her name has been spelt differently.
 Open Space Web-Map builder Code