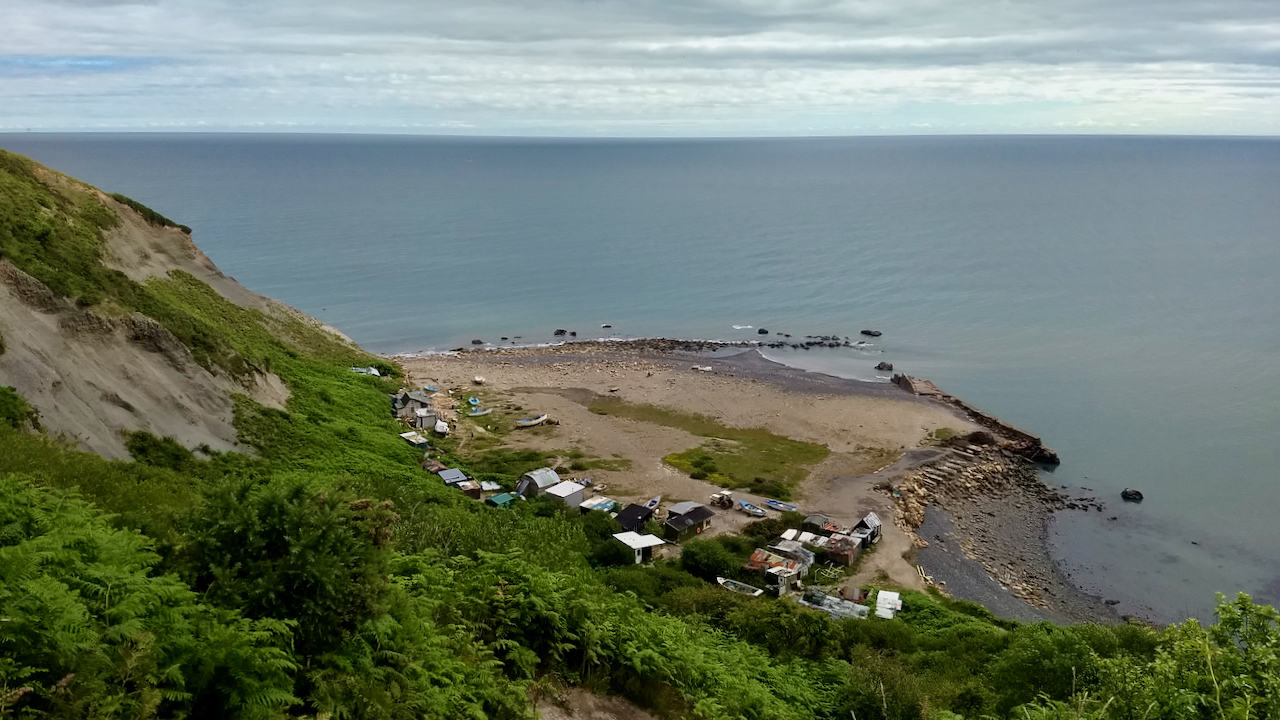 Every time I go to Port Mulgrave, it still feels very much the same, yet much has changed. The winter storms have eroded the old jetty. The harbour has become more silted, the fishermen’s huts more elaborate. Some now are clearly contenders for Grand Designs. Landslips have caused the steep paths down the cliff to be diverted.

As a name, Port Mulgrave dates from 1859, when the Palmers Shipbuilding and Iron Company replaced the old wooden jetty at Rosedale Wyke with one of stone and renamed it as Port Mulgrave. Ships would dock here and transport the iron ore to the Tyne, often these would be coal ships returning empty from London.

Shafts were sunk from the quayside down to the Main ironstone seam, 60 feet below the sea level. Additionally, ironstone from the Pectern seam was quarried on the shore at Brackenberry Wyke to the north. These can still be seen but are suffering from erosion by the sea. All these workings seem to have ceased about 1881.

In 1875, the company opened the Grinkle Ironstone Mine which was linked by a mile-long tunnel to Port Mulgrave so that its ore could be extracted from the harbour. The few old photos that still exist show the trestlework needed for the tramway from the tunnel entrance. This arrangement operated until 1917 when an incline was built to hoist the ore up to the North Eastern Railway, possibly from the threat of German U Boats.

The worse damage to Port Mulgrave occurred during the Second World War with a fear of a landing by German troops, the Royal Navy did their best to demolish the breakwater.

As an aside, whilst passing through Staithes, we discovered a short cut. Maintaining social distancing will be difficult though.