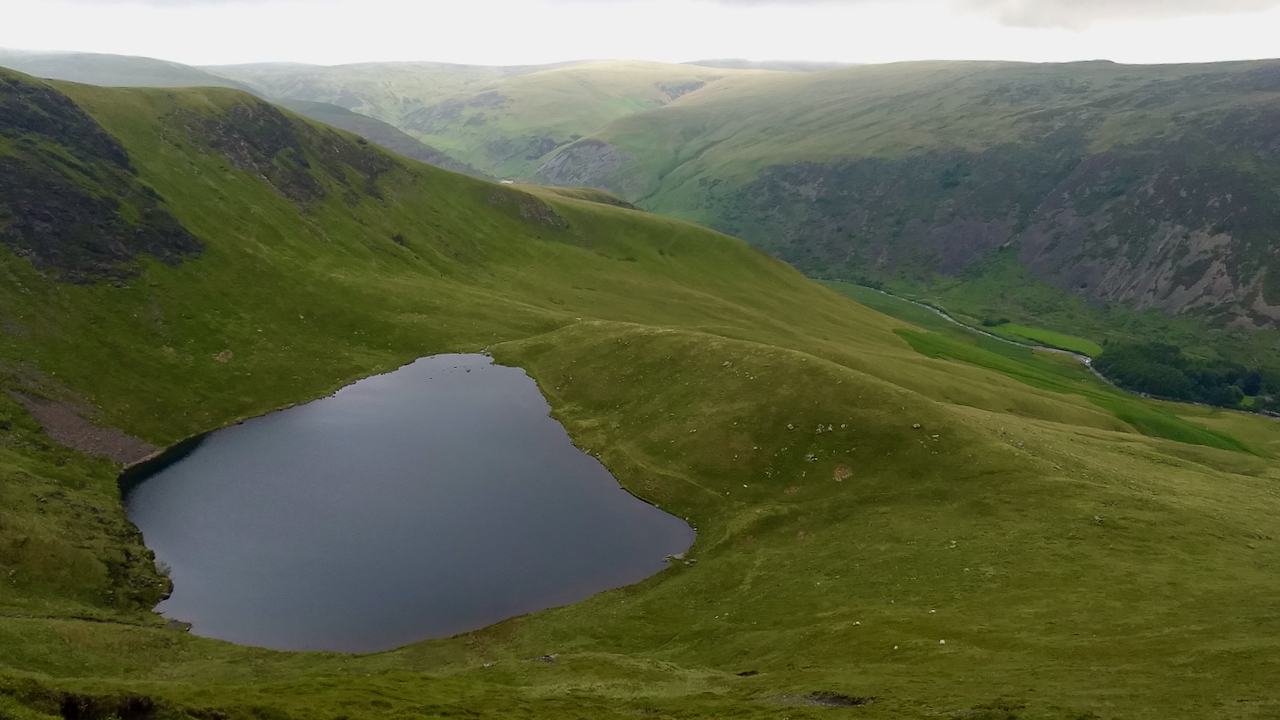 With a 240m climb from the hamlet of the same name, Bowscale Tarn was on the itinerary of most Victorian tourists. Ponies would have carried the visitors up to experience its wild and moody atmosphere. The travel books of Harriet Martineu, Rosa Raine, John Pagen White, Eliza Lynn Linton, and Adam and Charles Black all contain references to the tarn and all refer to the legend of the two immortal fishes which inhabit its depth and could talk English. It would have been a story endlessly repeated by the guides leading the ponies. Linton even gives them a name, ‘Adam and Eve’.

Wordsworth may have started the fashion. In his poem with the grand title of ‘Song at the Feast of Brougham Castle upon the Restoration of Lord Clifford, the Shepherd, to the Estates and Honours of his Ancestors‘, he recalls the local tradition:

To his side the fallow-deer
Came and rested without fear;
The eagle, lord of land and sea,
Stooped down to pay him fealty;
And both the undying fish that swim
Through Bowscale-tarn did wait on him;
The pair were servants of his eye
In their immortality;
And glancing, gleaming, dark or bright,
Moved to and fro, for his delight.

The ‘Lord Clifford’ Wordsworth refers to was Henry Clifford, 10th Baron Clifford (1454 – 1523). He was the son of John Clifford who fought for the Lancastrians and was killed at the Battle of Ferrybridge when Henry was just 5 years old. The story goes that the young Henry was sent by his mother for protection to family land at Threlkeld where he grew up living a pastoral, ill-educated life in the care of a shepherd family. Hence he became known as the “Shepherd Lord“. According to the legend, he learned mathematics from the stars upon the mountain and held “familiar intercourse” with the immortal fish of Bowscale Tarn.

When Henry VII ascended to the throne in 1485, Henry Clifford was able to reclaim his birthright and became responsible for crushing the last remnants of the rebellion. He became one of the most powerful lords in the North.

Interestingly, the Mount Grace Priory at Osmotherley on the North York Moors was patronised by Henry Clifford.