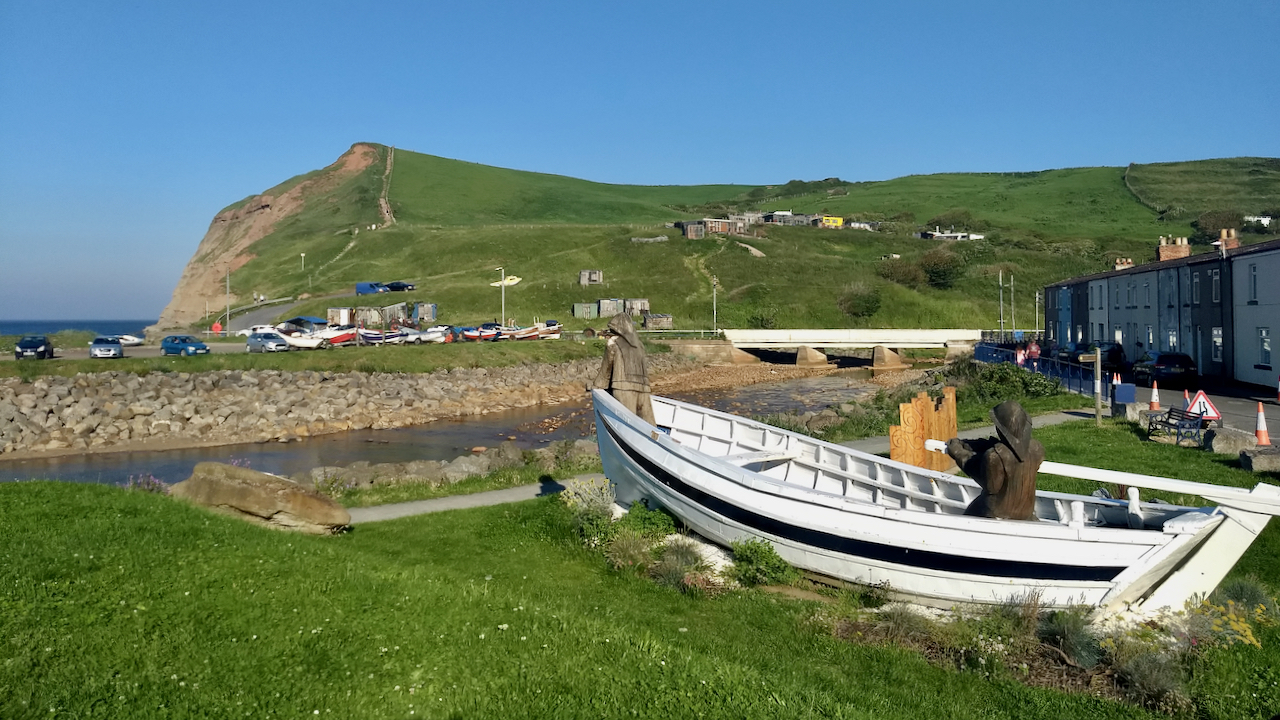 Skinningrove again. Second day in the row. The cool sea breeze was so refreshing after heat of the day.

I was reminded of a tale I once read about when the fishermen of Skinningrove found a merman or sea-man on the shingle beach, which would put it below Hummersea Point, the cliff opposite in the photo. Mackenzie Walcott, a Victorian tourist, puts a date to it of 1607, which is quite specific.

The sea-man, who had a fine set of whiskers, was taken back to the village and housed in a cottage. In spite of only being partial to raw fish, he “welcomed the curious visits of fair maidens, but could express his admiration only by loud shrieks.”

The fisherfolk thought their guest was happy but one day they left him alone and he returned to the sea. He was last seen bobbing about in the bay “making signes of acknowledging his good entertainment to such as beheld him on the shoare“.

But when the sea is calm and the winds are light, often the mournful sound of groans can be heard from the deep, and then the fishermen would not go out to sea, for they feared it was the voice of a huge sea monster, hungry to glut itself with the bodies of men.