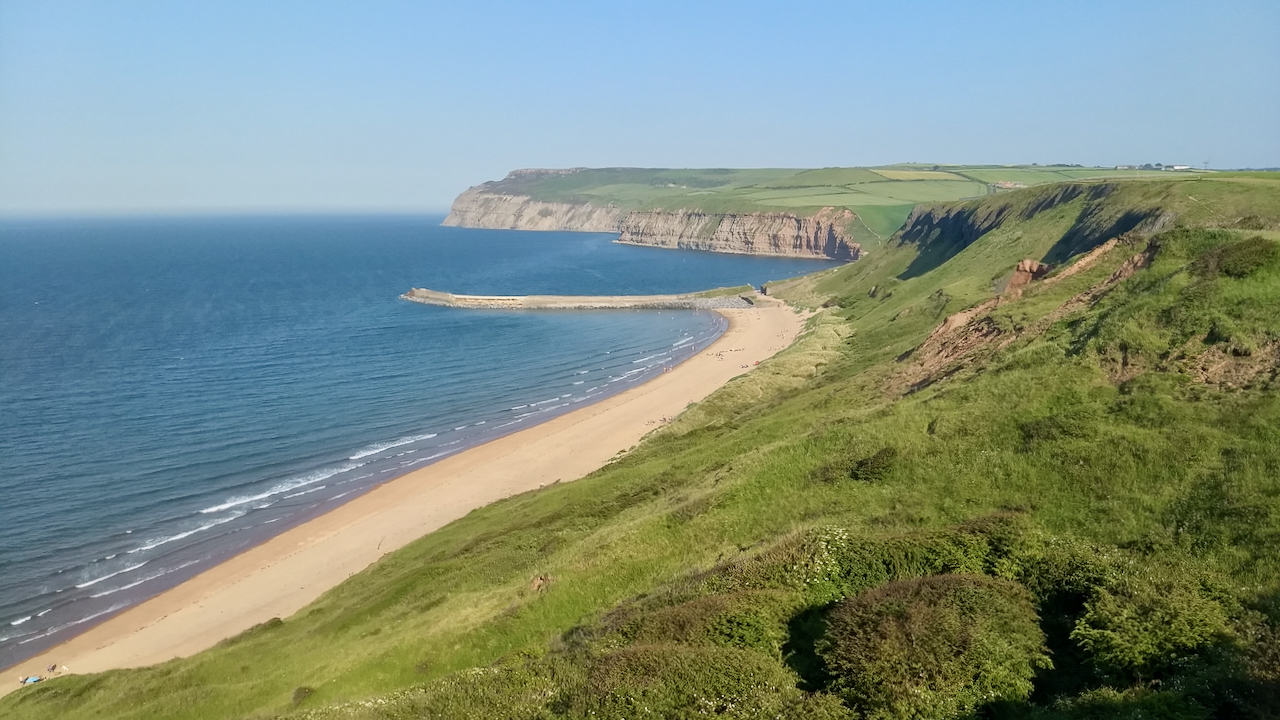 When I first came to the North-East in the 70s, I worked on the fabrication yards on the Tees. Well actually I worked in the offices but I had to regularly go on site. One of the pleasanter nicknames for incomers from East Cleveland was a ‘Grover’. This I found out later meant someone who came from Skinningrove.

There were more people on Cattersty Sands near Skinningrove than I’ve ever seen before. All keen to take advantage of the easing of the lockdown and the hot sunny evening. Amazingly, the cliffs above the jetty are manmade; dumped slag from the Skinningrove ironworks, located out of shot on the right. Nature returns.

I am not sure what the weather was like on one evening in April 1916 when eight German Zeppelin airships targeted the northeast. Skinningrove Iron Works was the objective for one of the aircraft, L23. Several bombs were dropped followed by more over Easington injuring a child and damaging a house. The other aircraft were less successful with some dropping bombs over the moors although a colliery near Bishop Auckland was hit.

Ref: Voice of the Moors, The Magazine of the North Yorkshire Moors Association, Issue 134, Winter 2018