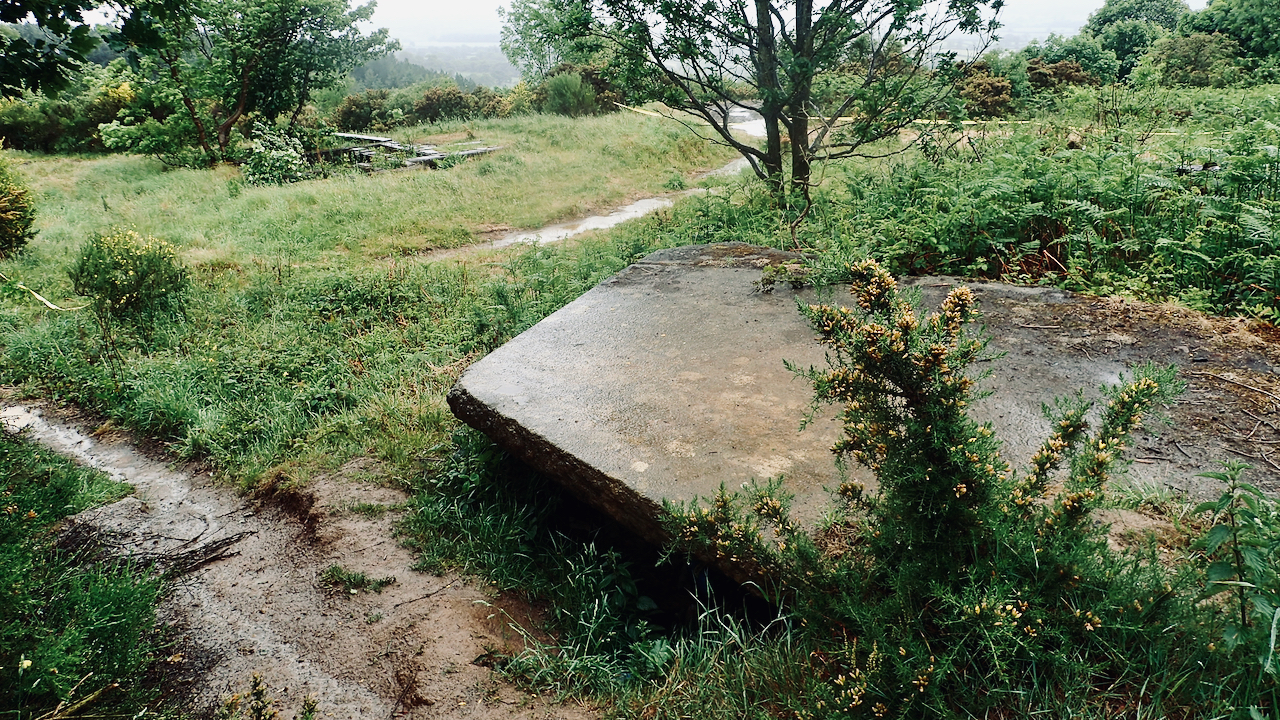 On this day, June 8th, in 1850, legend has it that John Vaughan and John Marley were out shooting rabbits on Eston Nab. Marley tripped over a burrow and as he sprawled on the ground, his hand landed on the purest ironstone he had ever seen, “Eureka!” he cried. He had discovered vast main seam outcrop at Eston, a discovery that was to transform Teesside into the iron and steel capital.

Mining had started at Grosmont in around 1837. In fact ironmaking on the North York Moors was being carried out in Roman times. But the discovery at Eston created a mania amongst landowners eager to find outcrops on their land.

It would be 58 years before Ayton Mine, below Capt. Cook’s Monument on Easby Moor was opened by the J W Pease and Company. Locals called it ‘Monument Mine’ on account of this proximity. Pease still owned Hutton Mine, which had closed in 1865, and aimed to exploit their royalties under Great Ayton Moor to Little Roseberry. Why Pease chose to access these royalties from the south rather than from Hutton in the north is a bit of a mystery. The access drift is considerably further and had to cut through the hard whinstone of the Cleveland Dyke.

The mine continued to operate until 1931 when it was abandoned. In the photo, the large concrete structure is the roof of the fan house built for a Sirocco ventilation fan in 1919. In the distance, there are some more foundations possibly for some compressors. The area is rapidly becoming overgrown and is much used for motorcycle trials.

In 2006, I was fortunate enough to be invited by the Cleveland Mining Heritage Society to enter Monument Mine. It was quite an experience. In theory, it should still be possible to traverse right under Great Ayton Moor but there is no ventilation. After no more than 50 metres or so the air becomes noticeably stale. At the large flywheel, we turned back. Here are a few photos from that trip.