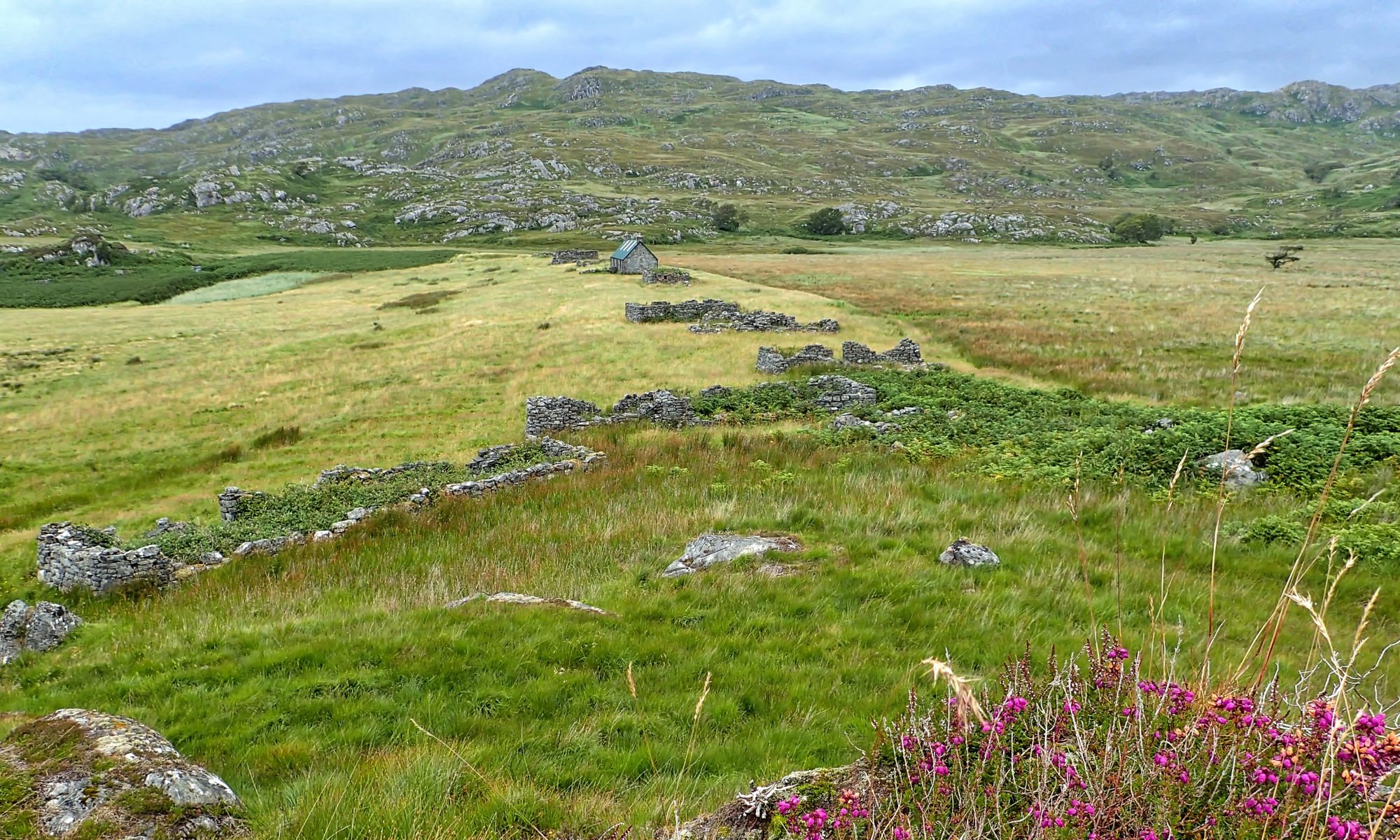 The building with the green roof is Peanmeanach bothy. It was announced earlier this year that the owners, Ardnish Estate have decided us to close it as an open bothy. You will now have to book, pay a fee, and presumably get sent a key through the post. The reason the owners give is increased visitor numbers which is perhaps a coded way of saying they’re fed up with in getting trashed by disrespectful visitors; even though the bothy has been maintained by the Mountain Bothies Association since 1975.

Sited on the Ardnish peninsula, Peanmeanach is in an idyllic setting overlooking Loch Ailort and is only accessible by sea or by a 90 minutes hike using a very rough path over a 150m pass. It is surrounded by the ruins of deserted blackhouses, or tigh dubh. These were single storey, with thick, dry-stoned walls as protection against the prevailing wind. Roofing was heather or rush thatch covered by a net held down with large rocks. For the inhabitants of the deserted settlement, it would have been a hard life. There is evidence that Peanmeanach was inhabited in Viking times.

By 1650 Peanmeanach was being farmed by a single farming family. With the Highland clearances in the 19th-century, when whole populations from the inland fertile straths were cleared to make room for sheep, Peanmeanach and other coastal settlements were used as a dumping ground for the evicted tenants. This resulted in farms being broken up and divided into individual crofts which could not sustain families by farming alone.

Potatoes were one of the few crops that could be grown on the infertile soil, along with a few cattle raised. The sea provided some supplement to their needs including the production of soda ash by kelp burning which for the landowners was a very lucrative business, the inhabitants just providing cheap labour.

In the 1841 Census, Peanmeanach had a population of 48 in 7 dwellings. Seven families, too many for each to sustain a reasonable living. Worse was to follow. The collapse in kelp and cattle prices and problems in the fishing industry culminated with the failure of the potato crop in 1846. Smallpox epidemics added to their toll. Young folk left to emigrate or seek their fortune in the towns and cities. The last resident, Nellie Macqueen, left in 1942.