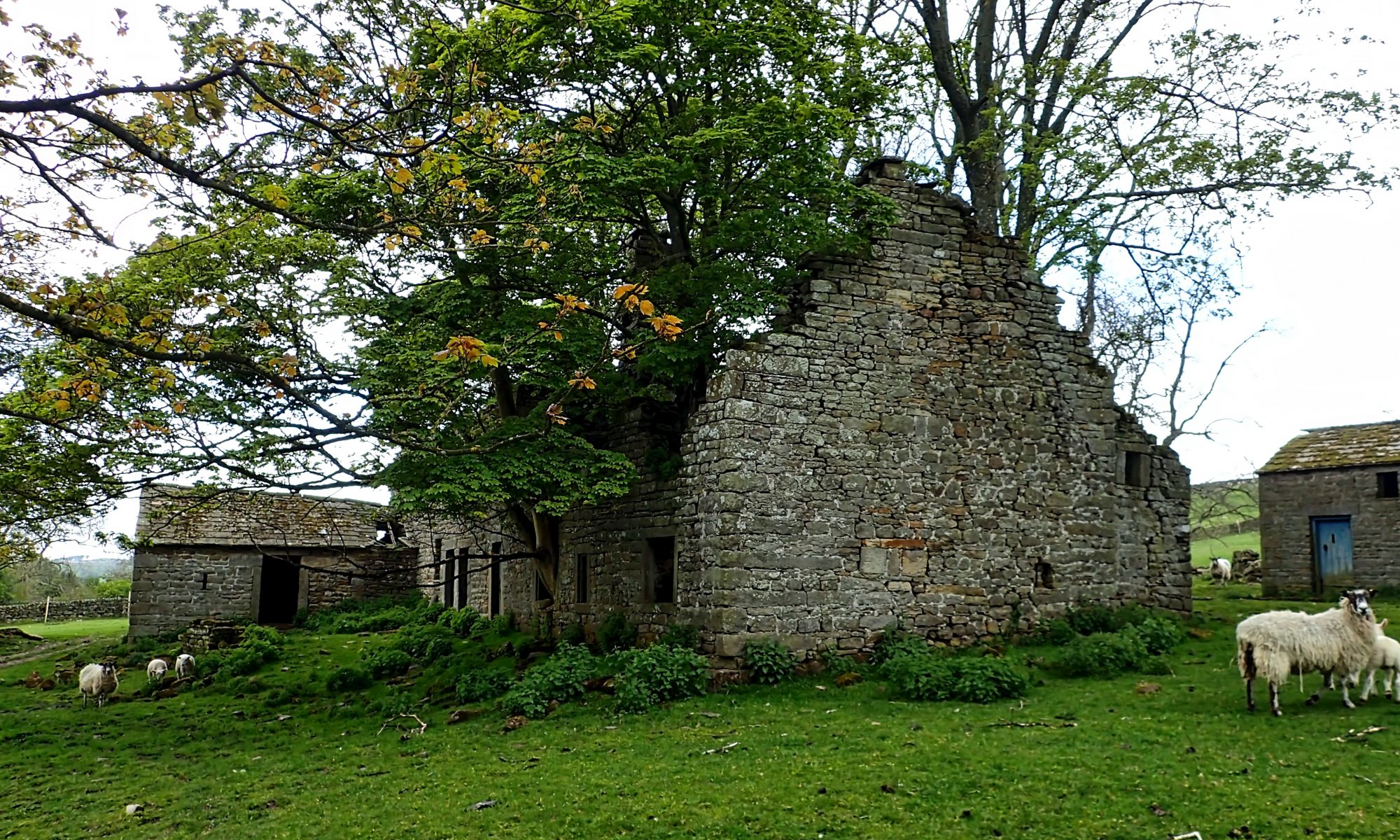 Ancestry, the genealogy website, is offering free access during this Easter “break” and I put that in inverted commas as it seems just like any other day. Anyhow, I thought I would do a bit of research on the history of a property rather than my family history. I found that it’s not that easy.

Trawling my photo archive, I found this ruin that I came across in May 2015 during some downtime during a children’s residential weekend. It’s at Hury in Baldersdale, just west of Barnard Castle and south Middleton-in-Teesdale.

I remember talking to the farmer who said this was an old coaching inn on the packhorse route from Barnard Castle to Brough. I guessed at the time that the pitch of the gable would indicate that the roof was thatched, presumably with heather.

The other thing I picked up fairly quickly was a FaceBook comment that the farm of Yew Tree was abandoned when the Hury Reservoir was completed in 1892.

So to Ancestry. I actually found it not easy to research the history of a particular property, but I only spent an hour or so on it so I may be missing a trick. I did find that in the 1911 Census, Yew Tree was occupied by John Bell, a farmer aged 35. Although he was listed as married there doesn’t appear to anyone else living with him. Perhaps he was an itinerant shepherd dossing down there for the lambing season, the date for the 1911 Census was after all 2nd April.

So it seems that the building wasn’t in fact fully abandoned when the reservoir was built in 1892. Indeed on the 8th January 1902, the Teesdale Mercury carried an advertisement for the letting of Yew Tree which they describe as a ‘Small farm‘ comprising ‘dwelling house, outbuildings, and 16 acres‘.

Google then came up with several genealogy websites, which I have made no attempt to corroborate.

During the 1860s/70s, Thomas and Martha Kipling lived at Yew Tree with many children are listed as being born there:

Another genealogy lists William Bayles Hauxwell as having been born at Yew Tree in 1896 (again after the building of the reservoir) to James and Elizabeth Hauxwell (although the same webpage also gives his birthplace as Sleetburn in Co. Durham). William was the father of Hannah Hauxwell, who became a ‘star’ in the ITV documentary ‘Too Long a Winter’ in the 1970s and who lived further up the valley.

So not a mystery today but an interesting diversion nevertheless during the lockdown.