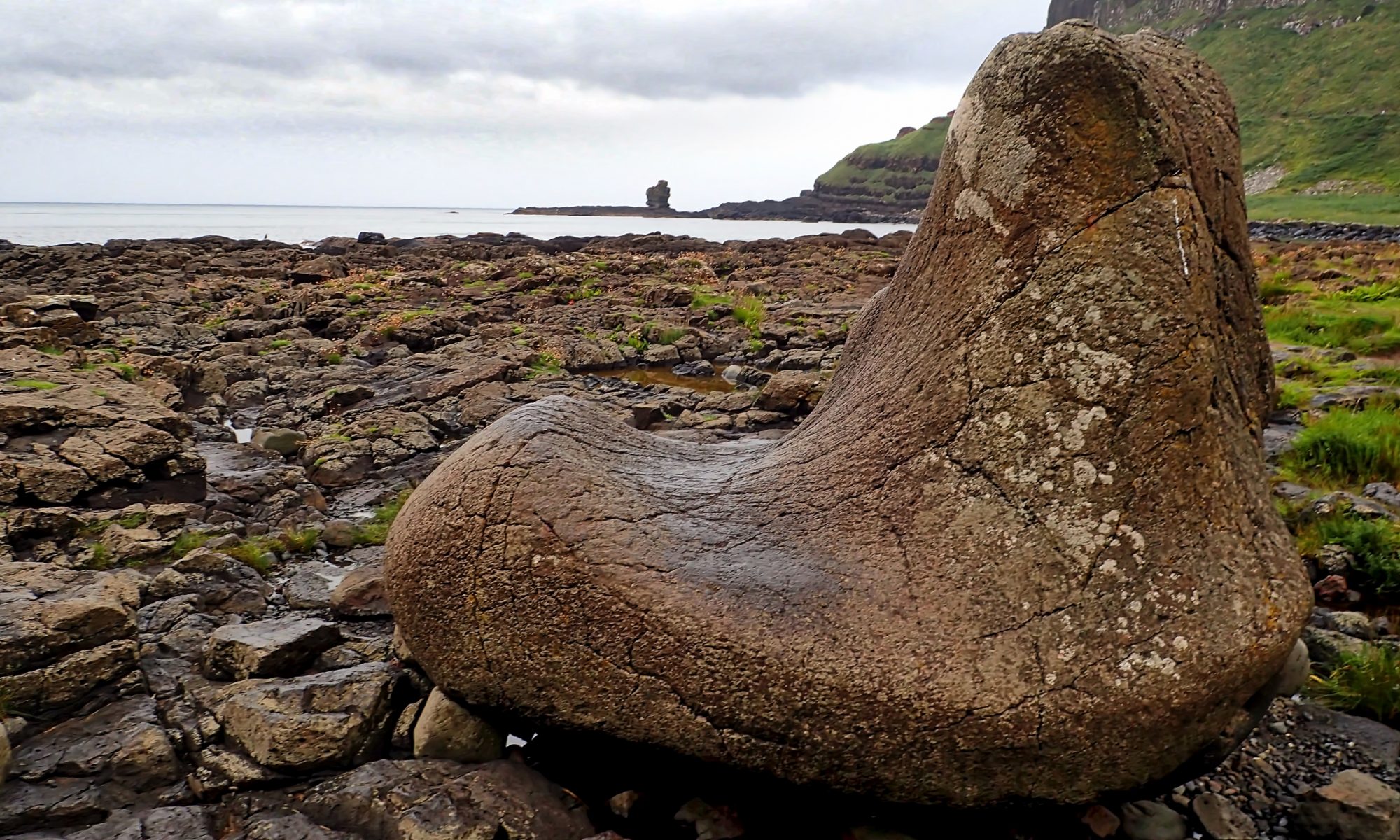 Northern Ireland’s most visited attraction is the iconic Giant’s Causeway, polygonal columns of basaltic rock formed sixty million years ago when molten lava spread across the land and created clouds of steam on meeting the sea. The lava cooled and began to solidify into basalt.

While most tourists only get as far as the Causeway and cause headaches for the National Trust wardens who are tearing their hair out trying to enforce health and safety procedures, those who are prepared to venture along the coast a little bit further are well rewarded with an assortment of giant paraphernalia: the Giant’s Theatre, the Giant’s Pulpit, the Giant’s bagpipes, The Giant’s Boot, the Giant’s Eyes, the Giant’s Organ, and the Giant’s Granny.

Just who was this giant?

Now it turns out there were two of them, Fionn mac Cumhaill here in Ireland and Benadonner the Red Man, over in Scotland where similar basaltic columns can be seen on Staffa.

Fionn mac Cumhaill was responsible for building the Causeway (or so the Irish maintain, the Scottish view is different). Fionn was so tall that ‘his feet came out of the door of his house‘. His boot has been calculated to be size 93½ which would put him about 16 metres tall. Benandonner was even taller and had been harassing Fionn for some time who became so angry he started throwing chunks of rock into the sea forming the Causeway so that he could go across and teach Benandonner a lesson.

Catching sight of Benandonner, Fionn realised that no way he could take on the Red Man in a fair fight and quietly retreated. His wife, Oonagh, came up with a cunning plan and dressed Fionn up as a baby. When Benandonner arrived looking for Fionn he found Oonagh and her baby and was so shocked at its size that he deduced that his daddy must be really huge. So he too quickly headed back to Scotland destroying the causeway behind him.