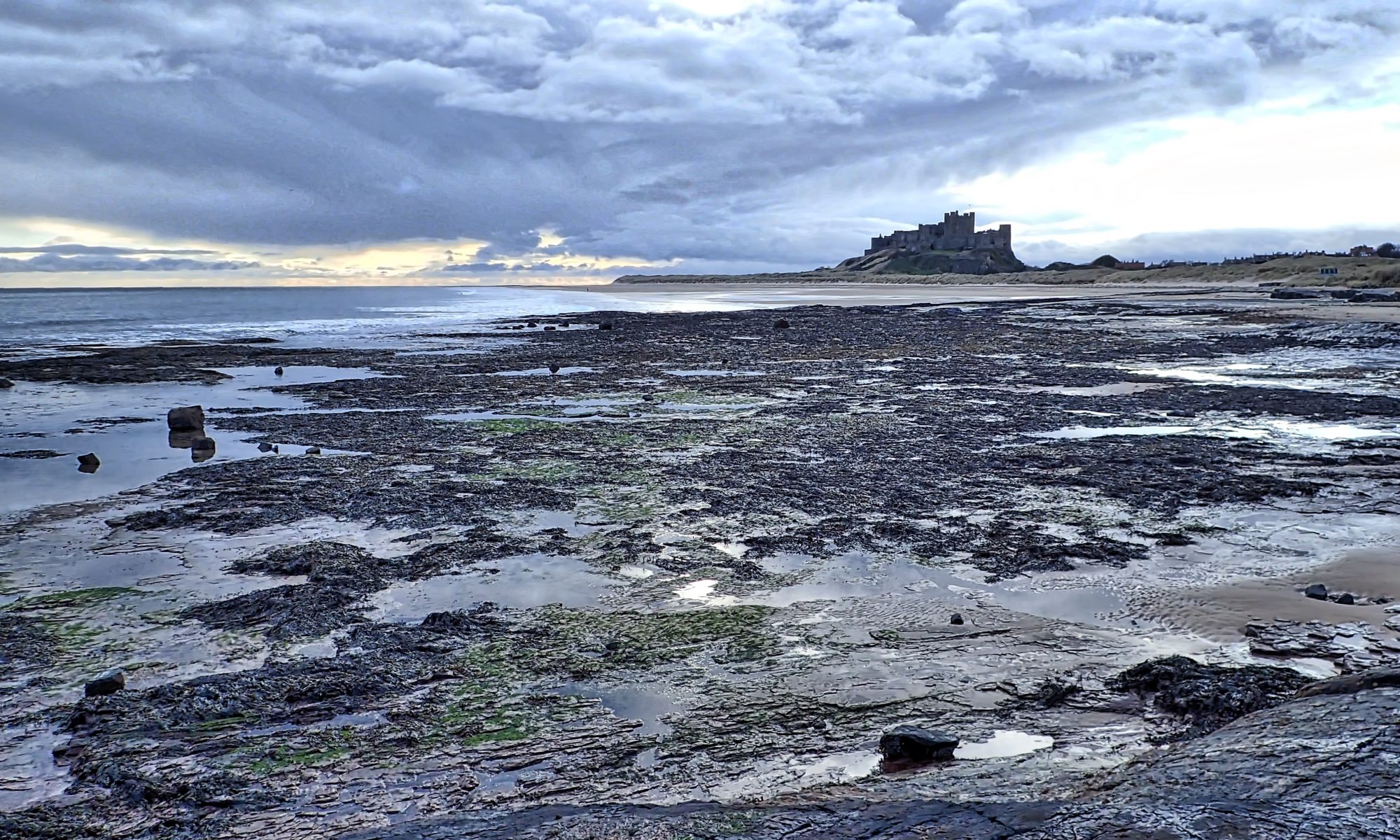 Or should I say Bebbanburg, the ancestral home of Bernard Cornwell’s Uhtred in the book and film ‘The Last Kingdom‘? An Uhtred the Bold did exist, he was made Earl of Northumbria in 1006. But Cornwell’s Uhtred lived 140 years earlier.

A long, long time ago, maybe the time of Uhtred, maybe before or maybe after, who knows, a lord lived at Bamburgh Castle who had remarried after his first wife died. The new queen turned out to be a wicked witch, full of hatred and jealousy for her step-children, the lord’s son and daughter, Margaret. She tricked the young prince into a long sea voyage and changed the princess into a giant dragon, a spell which would remain until her brother returned and dissolved.

Daily the wicked stepmother would look out of her window at Bamburgh and whenever she saw the prince’s ship sailing towards the castle, she cast charms driving his ship back by invisible forces, and forcing the nails to spring from the beams.

Now on his travels, the prince had learned some time-honoured methods of protection against evil spells. He had a vessel built entirely out of the wood of the rowan tree with sails and ropes of red thread. Soon the prince sailed into Bamburgh harbour, where he found the country harassed by a giant and angry dragon whose breath was so poisonous nothing would grow for miles around.

The creature lurked in the Spindleston Hills, west of Bamburgh and the prince vowed to kill it. He rode to the dragon’s lair and challenged it. But the dragon recognised the prince as her brother and cried out to him to lower his sword and give her three kisses, for the spell had to be lifted before sunset, otherwise it would be too late. The prince must have recognised his sister’s voice for he did kiss the dragon, which crept into her cave and emerged again as Margaret, his own sister.

The prince and princess went up to Bamburgh Castle hand in hand where they told the lord the story. To escape the wrath of the lord and prince, the wicked queen changed into her familiar, a toad, and to this day she sits on the sand spitting poison at every maiden who passes, never being able to resume her shape until the end of the world.