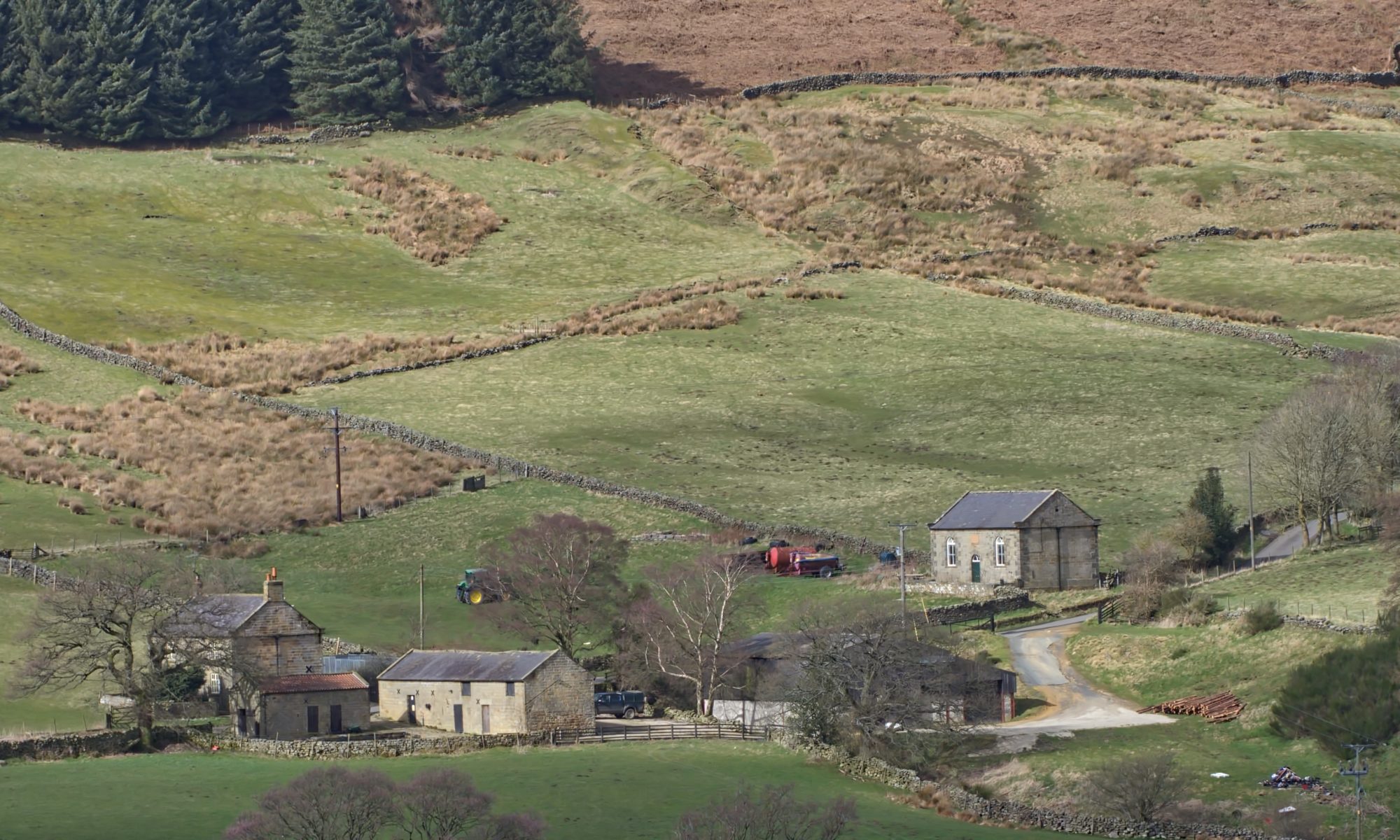 In most villages and dales of the North York Moors, there will be a nonconformist chapel. Sometimes it will be a Wesleyan Methodist, sometimes a Primitive Methodist, sometimes some other dissenting religion. Often there may be two in close proximity. Nonconformity played such a major part in many communities it was often the dominant religious outlook.

The Rev. J. C. Atkinson recalled being told by the incumbent when he first came to Danby in the mid-19th-century “You will find the Wesleyans worthy of much consideration. Indeed I think that if it had not been for them and their influence, religion would practically have died altogether out in these Dales.”

Since John Wesley had first preached in Stokesley in 1752, Methodism began to make in-roads into the heart of the North York Moors, where the isolation of the dales provided a home for dissenting religion. It flourished in the 19th-century when this chapel (right on photo) was built on the west side of Bransdale overlooking Low Cornfield House farm. It is an unassuming building, utilitarian and sturdily built of local stone, with a datestone of 1831. Today the chapel is owned by the National Trust but is in need of repair. It is used as a store for building materials.
 Open Space Web-Map builder Code