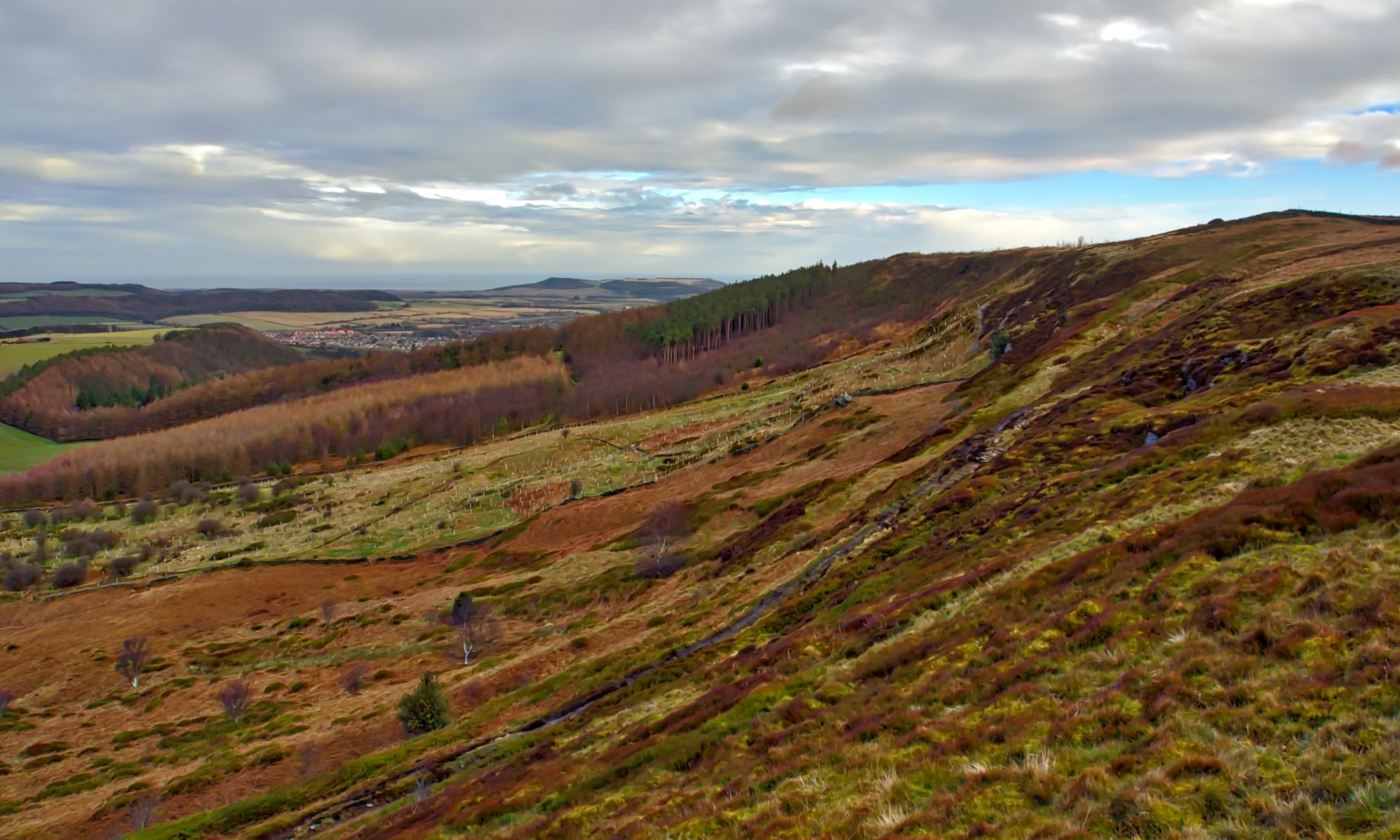 Why do new shoes feel so good? Maybe I keep the old ones too long. No studs left but the Kevlar uppers are still OK. So with a spring in my step from the new pair and a smattering of snow on the Cleveland Hills, I head up onto Little Roseberry.

The fire alarm at the petrochemical site formerly known as I.C.I. jogged a few memories of a past life. It must be Tuesday then, 10 o’clock. The all-clear quickly follows.

A fallen hawthorn, a sign of the hibernal storms. A Lucozade bottle beckoning me like a Belisha beacon in the bracken, retrieved and helped to that recycling bin. A fleeting glimpse of a hare in Newtown Woods. Bluebell and wild garlic shoots poking through.

Such a peaceful Spring day in North Yorkshire but I was reminded this morning that on this day, 77 years ago and a thousand miles away, a transport train of cattle trucks arrived at Auschwitz in Poland. Onboard were 1,758 German and 158 Norwegian Jews. It was the 32nd such transport from Berlin. After selection, 585 men and 309 women were registered into the camp. The rest, 1,022 people, were sent by the SS doctors to be murdered in the gas chambers.

There are some who would deny such a fact. There are many more who refuse to believe that it could ever happen again. But history does indeed repeat itself: Rwanda, Kosovo, Iraq, the Rohingya and many more. In Europe, right-wing views are becoming more mainstream, giving extremist groups more confidence. Recent high-profile attacks in places like New Zealand, the USA and Germany make the headlines but bullying and harassment are “milder” manifestations of these views. A mindset of their superiority over others. Others outside of their gang. The mainstreaming of the far-right must be challenged at all costs even when it is close to home.
 Open Space Web-Map builder Code