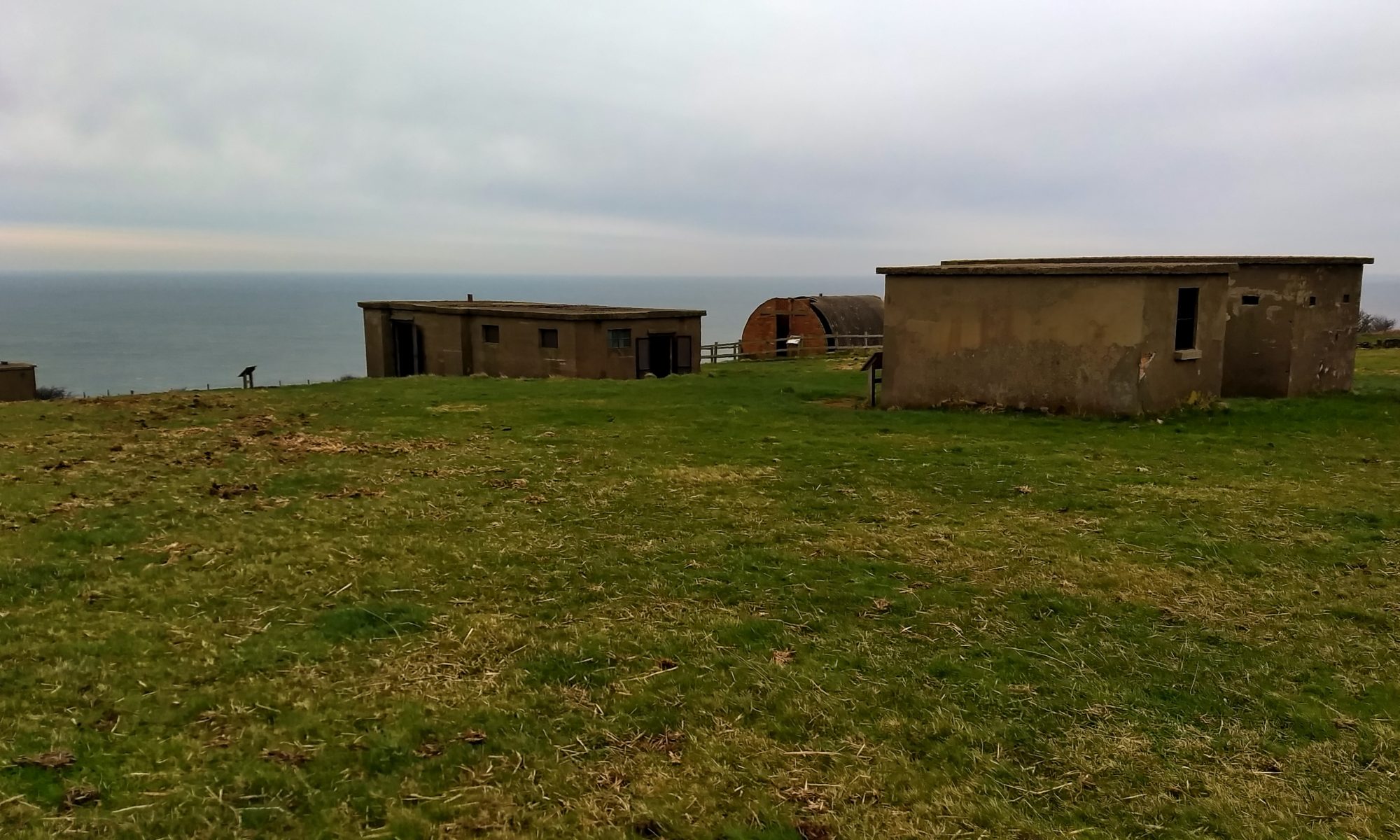 Just off the Cleveland way, south of Ravenscar are the remains of the coastal defence radar system for the protection of the UK during the Second World War. It was one of a chain of stations built along the east coast during 1941 to detect approaching aircraft. There are four buildings, nearest is a fuel store and behind that the engine house which housed a standby generator. Both are constructed of reinforced concrete as is the other square building, the transmitter/receiver block upon which was mounted the radar dish. The barrel-shaped Nissen hut with, what looks like, an asbestos corrugated roof was the communications hut. The site operated with about thirty RAF personnel on duty in shifts. The foundations for their barrack blocks, NAAFI and other offices a short distance further west.

On the extreme left of the photo is a coast guard lookout. This was built in 1935 for the Auxilary Coast Guard Watch but during the war, it was taken over as a War Watch Station which could was connected by telephone to the radar station. It ceased to be used by the Coast Guard in 1972.
 Open Space Web-Map builder Code