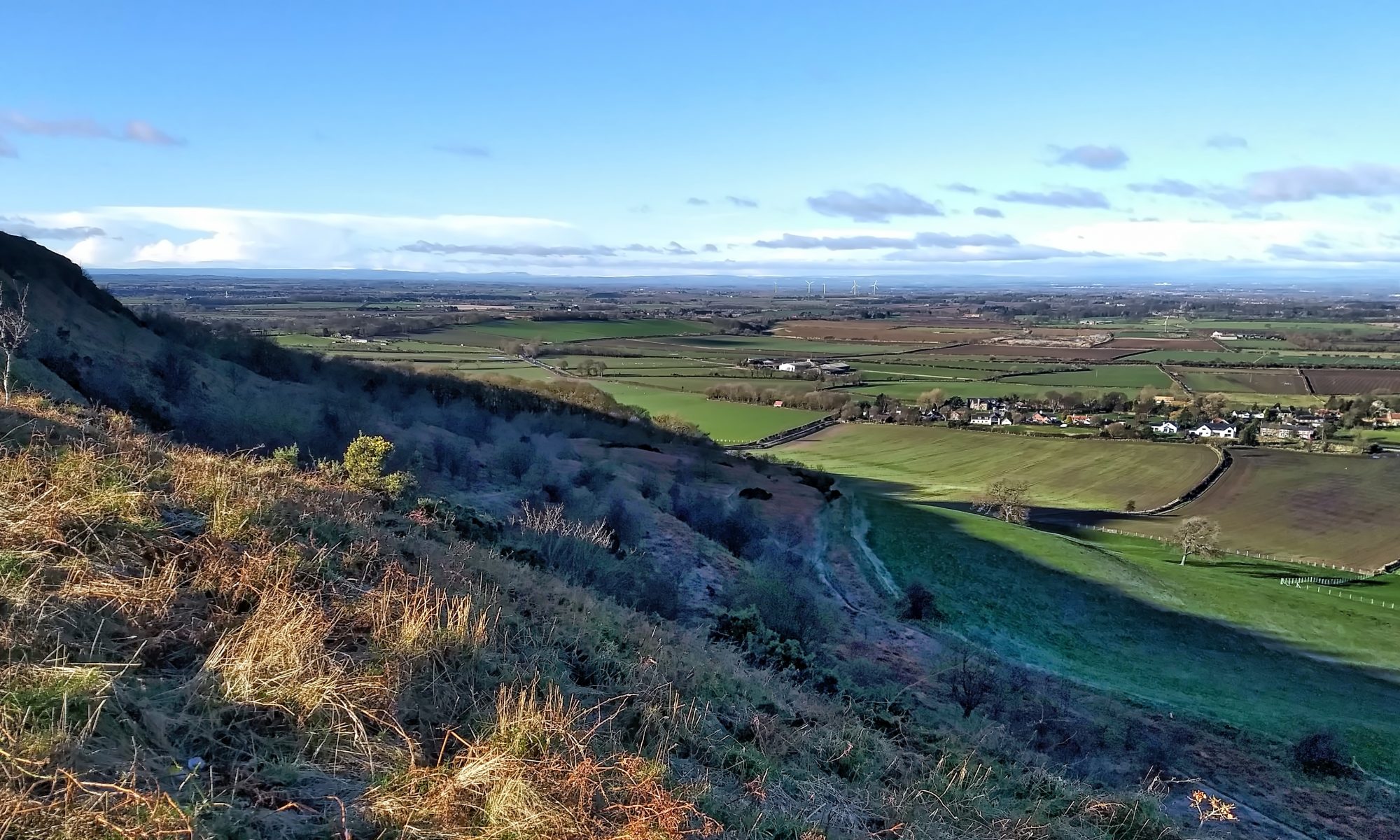 Looking down from Cockle Scar onto the village of Newton-under-Roseberry. A cold morning with just enough frost to harden the clarty paths. In the shade of the north-west slope, it’ll be a couple of hours yet before it’s warmed by the winter sun. At the western end of the village, the roof of the National Park’s toilet block marks out their car park, flanked either side by trees. I guess early on a weekday morning there will be plenty of room but on weekends and bank holidays, the car parking in Newton has become horrendous with cars lining both sides of the A173 often to avoid the charges. I’ve known for some time but as I have now been told independently, so I guess it’s public knowledge, there is a proposal to extend the car parking. Basically part of the field behind (this side of) the toilet block will be purchased by the National Trust to extend the car park. The National Trust will take over the existing National Park car park. Once this has been done, sometime this year, double yellow lines will be painted on the main road. I am sure that will ease the parking problems in Newton. For a while. But I am also sure that with the increase in the available car parking, more visitors will be attracted to the Topping. I’d hate to be called a doom and gloom monger but it is consistent with a theory in economics called “Induced demand“. Not really sure what the answer is.
 Open Space Web-Map builder Code