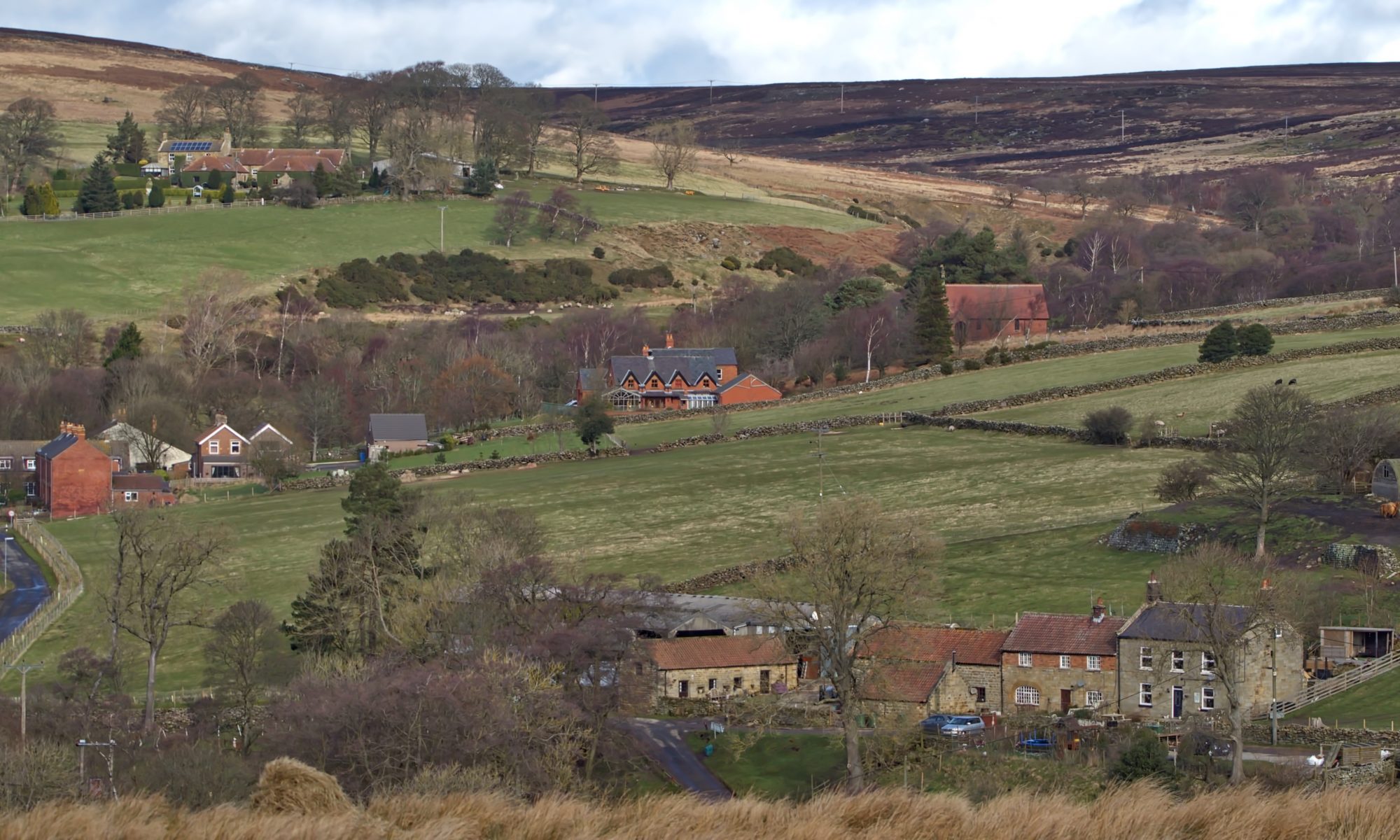 The quiet village of Commondale, once a hive of industrial activity. Best known is the brickworks of the Cleveland Fire Brick and Pottery Company which occupied the small dale behind old school and St Peter’s Church built with its distinctive red bricks. This was started in 1860 by John Slater Pratt, a printer from Stokesley, who is reported to have spent £30,000 on land adjacent to the proposed Cleveland Railway. He eventually sold the business to J. Crossley & Son of Middlesbrough, which became the largest brick manufacturer in Cleveland and South Durham. Production ceased in 1947 and the site is now the Raven Gill Campsite for the Scouts.

Commondale is also lesser-known with a brief trial with ironstone mining. But that would be an industry that might have been. In 1864 Pratt (yes, the same Pratt who had the brickworks) financed a borehole which hit a 4 feet thick ironstone at a depth of 150 feet. The year before Cleveland Iron Company had secured leases on land below Skelderskew Farm (top left in the photo) and Foul Green Farm (bottom left). A borehole at Foul Green, sunk in 1864, hit ironstone seams and samples sent away for testing. The next we hear is in June 1865 when a case is heard at the Queen’s Bench between the Cleveland Iron Company and a Mr Stephenson who was presumably a shareholder. Stephenson claimed he had visited the site and had met the superintendent of the works, John Slater Pratt (him again). Stephenson said that he had seen no works only a hole in the ground and sued the Cleveland Iron Company for fraud. The court found in favour of Stephenson and an official liquidator was appointed. Work continued under the liquidator for a couple of months while additional funding was sought but eventually work stopped. In March 1866, an auction was held in Whitby but the reserve price was not met. Incidentally one of the bids was from Pratt for £5,500. The following year the liquidator authorised work to begin on sinking the shaft and re-advertised the works on several occasions. Eventually, an offer of £1,000 from a Mr Roberts from London was accepted. It seems that within a couple of years Roberts wound up the site selling off separately the individual equipment, and 32 cottages (“erected for the use of the Cleveland Ironstone Company’s workmen“). In the same month, the remaining lease (“belonging to the late Mr Pratt“) was also sold.

The Foul Green shaft was on the raised earth platform that can be seen immediately behind the farm on the right of the phooto.

This John Slater Pratt sounds quite a character. Born 1807, died 1867. I described him as a mere “printer” but I now discover in fact, he was “a major producer of cheap novels and non-fiction books” with his own London office. A Stokesley lad who did well.