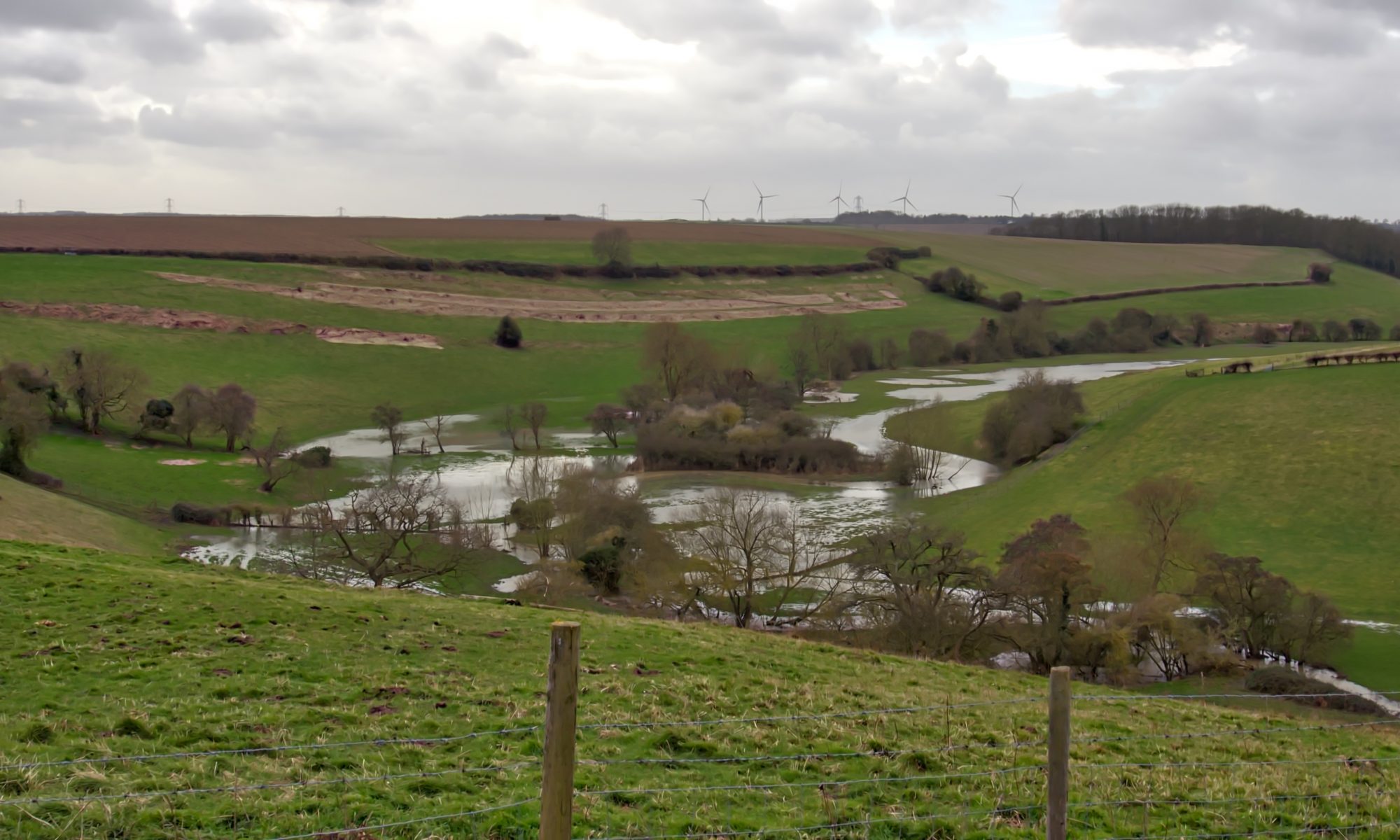 A few miles south of Tadcaster to look around the site of the Battle of Towton, a defining battle in the War of the Roses and perhaps the most barbaric ever fought on English soil.

The River Cock had overflowed its banks following Storm Dennis flooding the Bloody Meadow, where many fleeing Lancastrian soldiers were trapped and slaughtered in a mad frenzy by Yorkist troops. Perhaps giving an idea of the conditions prevailing almost on that fateful spring day, almost 559 years ago.

For six years England had been in a state of civil war, the Lancastrians, supporters of King Henry VI, weak and ineffectual fought bitterly with the Yorkists, adherents of the king’s cousin, Richard, Duke of York. But York had been killed at the battle of Wakefield on 30th December, 1460, and his cause was taken up by his son Edward, Earl of March, just 18 years old but already a tall, well-built warrior with a temperament to match.

On 4th March 1461, Edward was crowned King, and to his supporters he was now King Edward IV. Henry’s Queen, Margaret of Anjou, refused to accept Edward as King because it would deprive her son, Edward of Westminster, of what she believed was his birthright. So England had two Kings, A showdown for the throne of England was inevitable. Throughout that month, thousands of men bearing weapons were raised assembled throughout England. By the end of the month, it is estimated Edward had 49,000 men and Henry may have had as many as 60,000.

The two armies met on Palm Sunday, 29th March 1461, on Towton Moor, a plateau of open fields overlooking the Great North Road and bounded by the River Cock to the west and marshy fenland to the east. Edward and the Yorkists occupied higher ground to the south with the Lancastrians to the north on ground a shade lower. Between them a shallow dale, Towton Dale. Today this is a large ploughed field, surprisingly dry with an overall height difference of perhaps ten metres. In 1461 snow was falling, visibility was poor and a strong southerly wind blew into the faces of the Lancastrians. Aided by this wind, the Yorkist archers fired several volleys into the Lancastrians, whose arrows were fired into the wind and fell short. Soon however the superior numbers of the Lancastrians began to gain the upper hand but the arrival of 5,000 Yorkist reinforcements forced the Lancastrians to flee. Both sides had been told to accept no quarter and true to word the slaughter of the Lancastrians began. The nature of the terrain forced many of the rout down the dale towards the River Cock. Estimates of the dead vary considerably but generally, it is thought as many as 26,000 could have been killed or lay dying.

Henry was not on the battlefield, he was in York at the time with his wife and son, and on receiving news of their army’s defeat, they fled into exile in Scotland.
 Open Space Web-Map builder Code