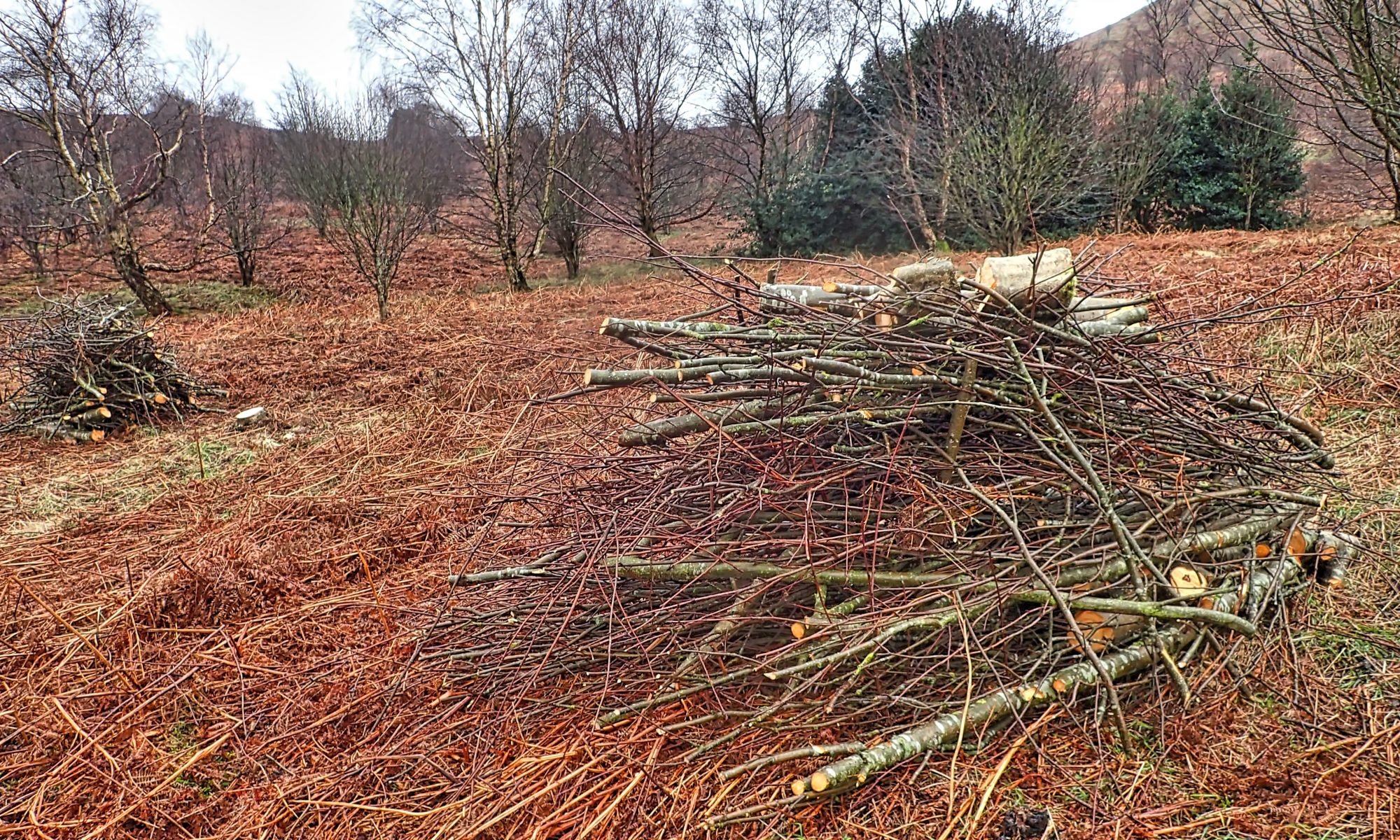 A wet day with sleet and low cloud on Roseberry Common removing Rowan trees and creating wildlife habitats with the brashings. This might sound harsh, cutting down trees especially in these days of a growing awareness of their essentiality in the removal of carbon dioxide from the atmosphere. Roseberry Common is an area of semi-open land ranging from an altitude of 130m above sea level to 300m at Little Roseberry creating several different areas of woodland. Below Cockle Scar, the scarp of Staithes Sandstone, hawthorn and young oak dominate. Above the scar and on the north of the Topping Rowan trees have gained a foothold with the occasional holly, birch, and yew. Further north-east birch prevails. East of the Topping and higher up Little Roseberry have a sparse tree covering. Four different habitats.

The trouble is nature is not content with the status quo. Rowan seeds, distributed by birds in the droppings after feasting on the berries, sprout readily. The rowan wood becomes denser and spreads across the Common. The birch similarly is fanning out. Occasionally a rogue sycamore has grown, a particularly evasive tree if ignored. If left to nature the Common would eventually succeed to a dense sycamore dominated woodland with a much-reduced ground cover.

So the rowan is being thinned. Approximately one in ten trees are felled and wildlife piles made with the brashings. The Common is due to be grazed with cattle in an attempt to trample the bracken which will be replaced by grasses. In their grazing, they will hopefully munch on any fresh saplings.
 Open Space Web-Map builder Code