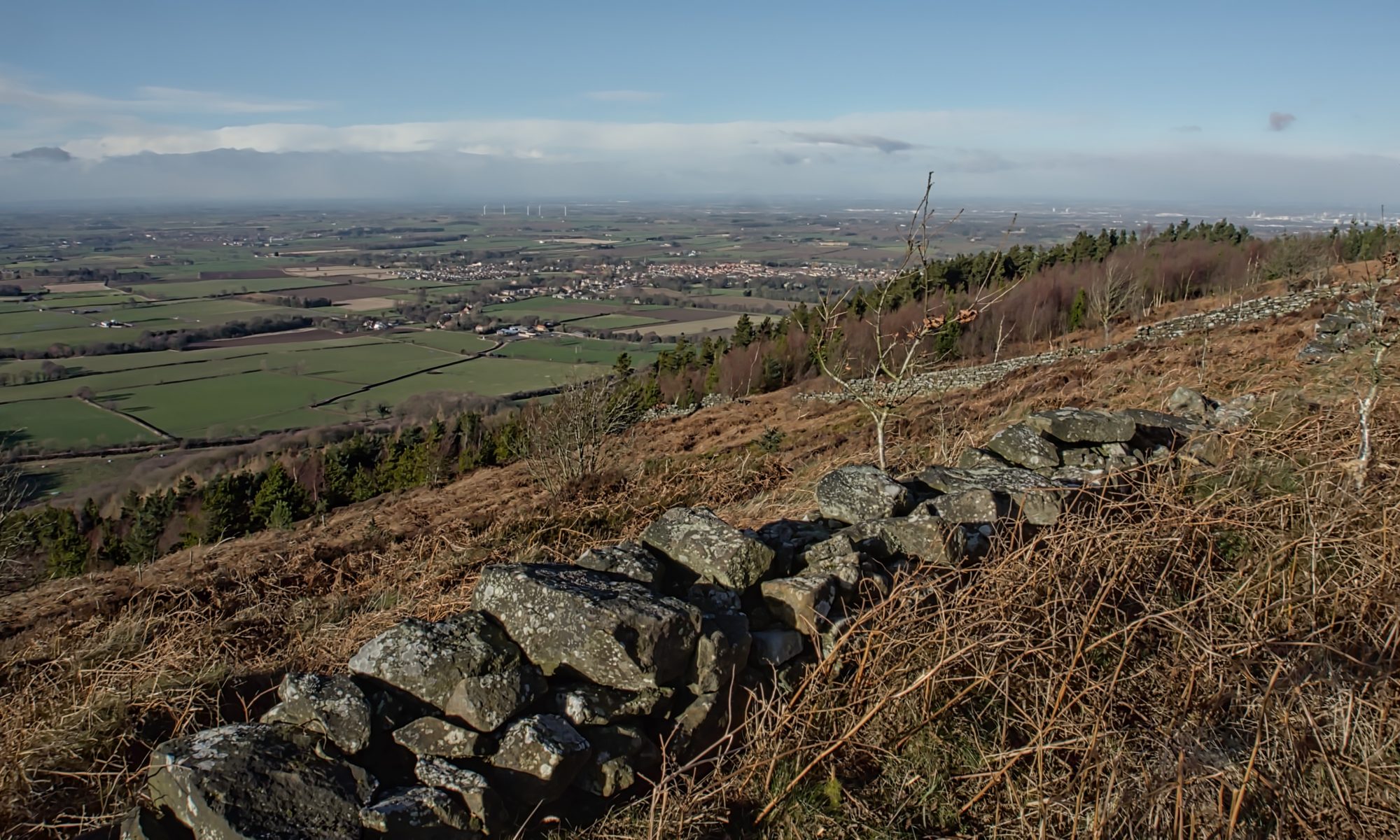 80 years ago today, 11th February 1940, a flight of three Lockheed Hudson aircraft took off from Thornaby airfield on a mission to search for enemy minesweepers operating in the Heglioland Bight off the Danish Coast. Within a few minutes after taking off at 04:10 one of the aircraft, NR-E crashed into Easby Moor. Ice had formed on the wings causing the aircraft to fail to gain sufficient height to clear the hills. It clipped the escarpment, ploughing on through a drystone wall (to the right on the photo) and a plantation of larch trees. Three of the aircrew died, Flying Officer Tom Parker, Sergeant Harold Berksley and Corporal Norman Drury. The fourth, Leading Aircraftman Athol Barker survived only to be shot down three years later whilst flying over Germany.

In 2003 a bronze memorial plaque was mounted on a stone on the main path up to Capt. Cook’s Monument.