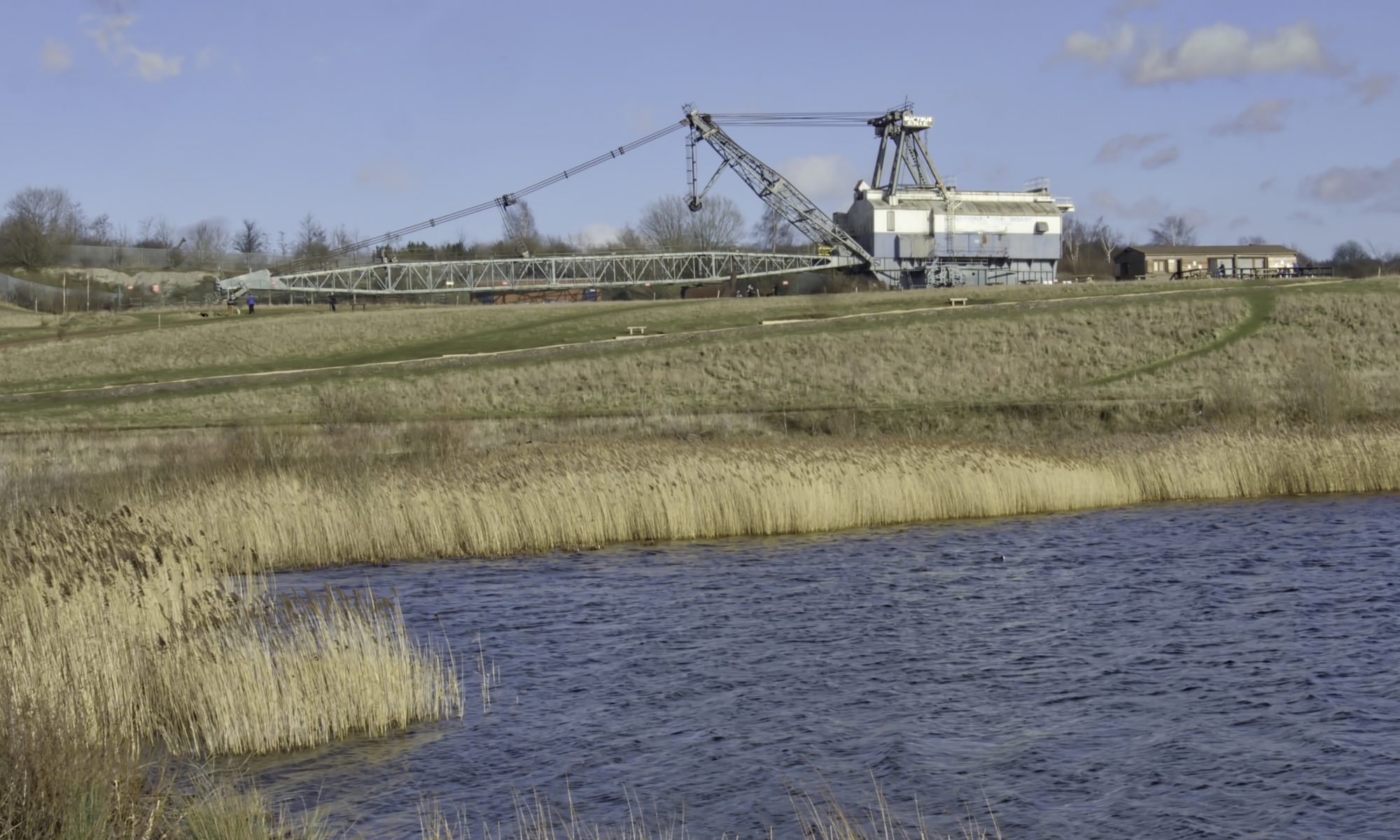 This wee beastie dominates the RSPB St Aidan’s Nature Park near Garforth. It is huge, and some idea of its hugeness can be gained from the people at the head of the jib. Look closely. 1200 tons of “impossible engineering” as they would say on that Yesterday TV programme. With a bucket size of 25 cubic yards, it was used for open cast coal mining which is why it’s ended up in a nature reserve as St Aidan’s was formerly such a site until it ceased operations in 2002.

But the most amazing thing about the excavator is that it walked, a pair of huge feet inching it along at the impressive speed of 352 yards per hour. It was built in 1948 in South Milwaukee for a site in West Virginia. Four years later it was purchased by the National Coal Board and shipped to the UK, working at opencast sites in South Wales and Cannock before coming to St Aidan’s in 1972.

There were three other BE 1150-Bs working in Britain, including a second one at St Aidan’s, all of which ran on 50 Hz electrical voltage. This one worked on the American 60 Hz and produced odd noises so consequently became known as “Oddball”.

The opencast coal mining site St Aidan’s had some interesting history. Imagine a huge hole, 17 million cubic metres and extending way below the River Aire which flowed adjacent to it. In 1988 a landslip caused the river to flood the workings causing operations to cease for ten years. The flooding took almost 3 days so thankfully “Oddball” managed to walk out. After work restarted in 1998 the dragline was no longer needed and was mothballed.
 Open Space Web-Map builder Code