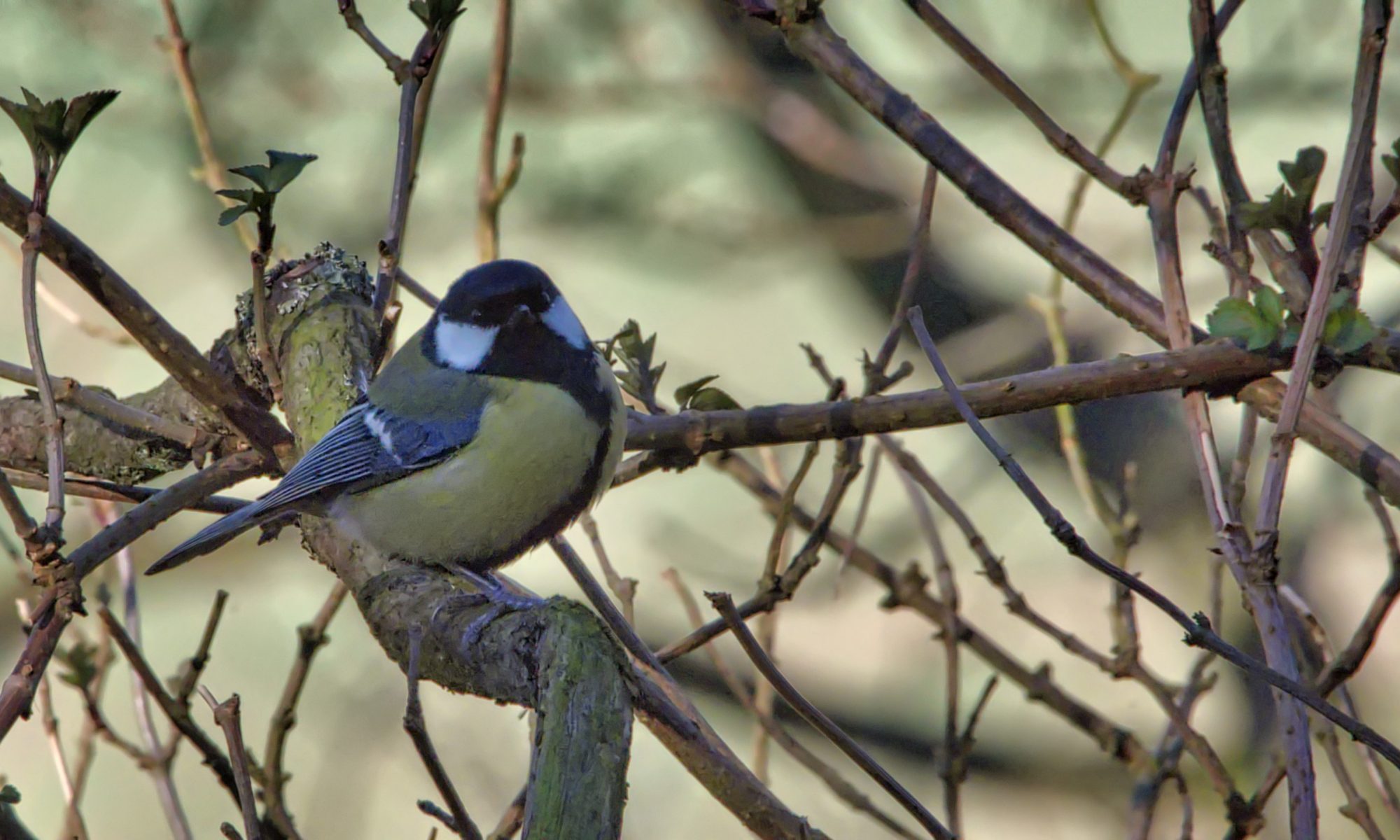 The largest member of the tit family, resident throughout the year and well known in our woodlands and gardens. The National Trust maintains 78 bird boxes in Newton Wood, in 2018, and out of 61 occupied, 12 contained Great tit nests (plus 47 Blue tits and 2 Nuthatches).

They feed generally on seeds during the winter but in the spring switch to caterpillars and insects. This results in subtle changes to the shape of the beak, becoming longer and narrower during spring, allowing them to feed more easily on invertebrates.

Being such a familiar species it is not surprising Great tits they have acquired many regional dialect names: ‘Joe-ben‘ in Suffolk; ‘Ox-eye‘, ‘Oxey-eye‘ or ‘Big ox-eye‘; ‘Billy-biter‘ and ‘Black Capp’d Lolly‘ to name but a few.

The name ‘Bee-bird‘ has been applied to many species of several birds including the Great tit as it is supposed to stand at the entrance of the hives and grab the bees as they come out. This was quoted in an English dialect dictionary of 1898, but I must say I haven’t heard of any modern reports of this behaviour.

Perhaps the most interesting old name is a ‘Tom-noup‘ which is also proverbially said of a swaggering, pretentious little man that “E’s like a tom-noup on a round o’ bif.” (a ‘bif‘ being the bough of a tree)
 Open Space Web-Map builder Code