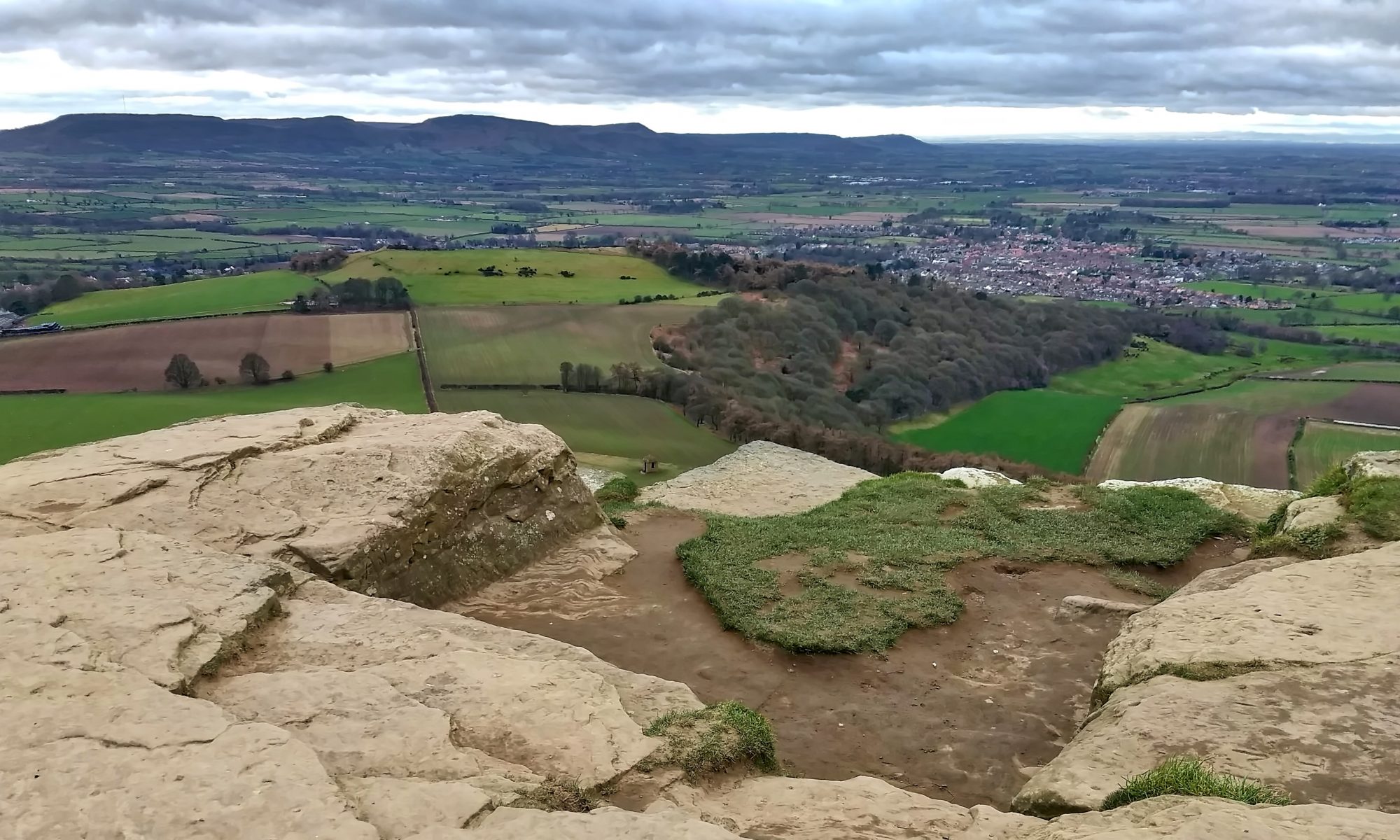 At one time there was once a hermitage on the summit of Roseberry. It was referred to in a letter to Sir Thomas Chaloner (1559 – 1615) by a person with the initials ‘H. TR’ (who remains somewhat of a mystery). The letter was quoted in the ‘The Topographer and Genealogist Volume II’, edited by John Gough Nichols, F.S.A. in 1853:

“Towards the weste there stands a highe hill called Roseberry Toppinge, which is a marke to the seamen, and an almanacke to the vale, for they have this ould ryme common,

That is for shappe, scyte, and many raryties, more excellent then any that I have seene ; yt hath somtymes had an hermitage on yt, and a small smith’s forge cut out of the rocke, together with a clefte or cut in the rocke called St. Winifryd’s Needle, whither blynde devotyon led many a syllie soule, not without hazard of a breaknecke tumblinge caste, while they attempted to put themselves to a needlesse payne creepyng through that needle’s eye.”

The weather rhyme has been mentioned many times before in these postings,  but the references to a “Winifryd’s Needle” and “Divell’s Kettles” are intriguing.

This recess on the summit rocks is obviously man-made and in my imagination, this is the site of the hermitage and smith’s forge but, of course, I may be completely way off the mark as the sandstone capping of the summit has been extensively quarried and has suffered from at least two rockfalls.
 Open Space Web-Map builder Code