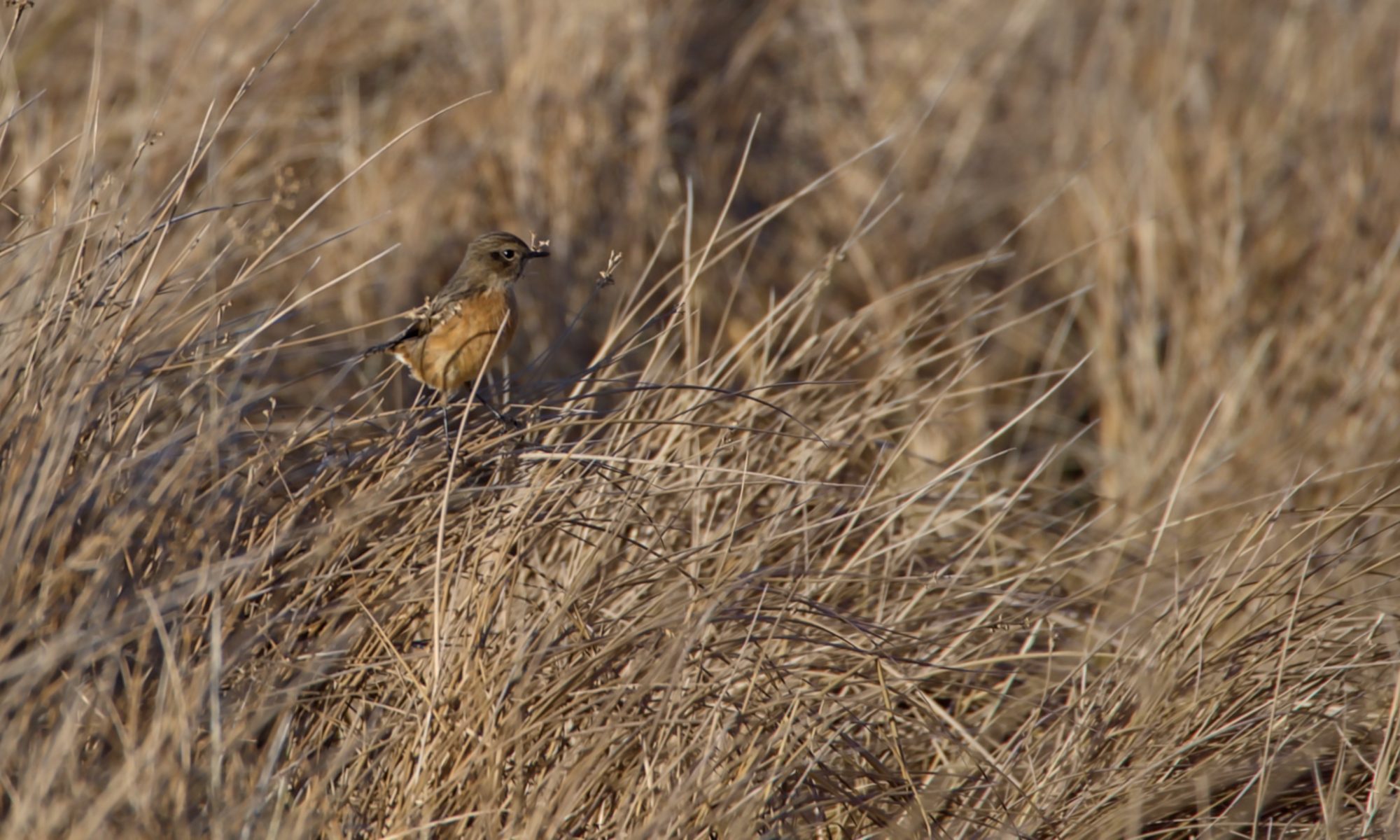 A break for lunch from filling in potholes in the National Trust car park at Cod Beck. With the compactor silent, nature soon returns in the form of a pair of Stonechats, each perching precariously on a stalk of a rush on the lookout for insects that are caught after a short flight. Some stonechats are resident throughout the year but generally descend to the coastal areas during the winter. The bird in the photo is the female who seemed less shy than her mate. He remained tantalisingly too far for my lens.

Regionally stonechats have gone by a variety of names: ‘chickstone’, ‘stonechacker’, ‘stonechatter’, ‘stoneclink’, and ‘stonesmith’. In fact, these names reflect the observation that their call sounds just like two stones being banged together. In Scots Gaelic, the birds also have stone related names: ‘cloichearan‘, ‘cloichearain‘, ‘clacharain‘, ‘clacharan‘ and ‘clach-cloiche‘; ‘clach‘ translating as a ‘stone’ and ‘cloichearan‘ as ‘stonemasons’.

And Scots Gaelic also has the alternative name of ‘Fir na Fèill Padruig‘ which translates as ‘the men of St. Patrick’s Day’ because it generally appears about that day, 17 March.
 Open Space Web-Map builder Code