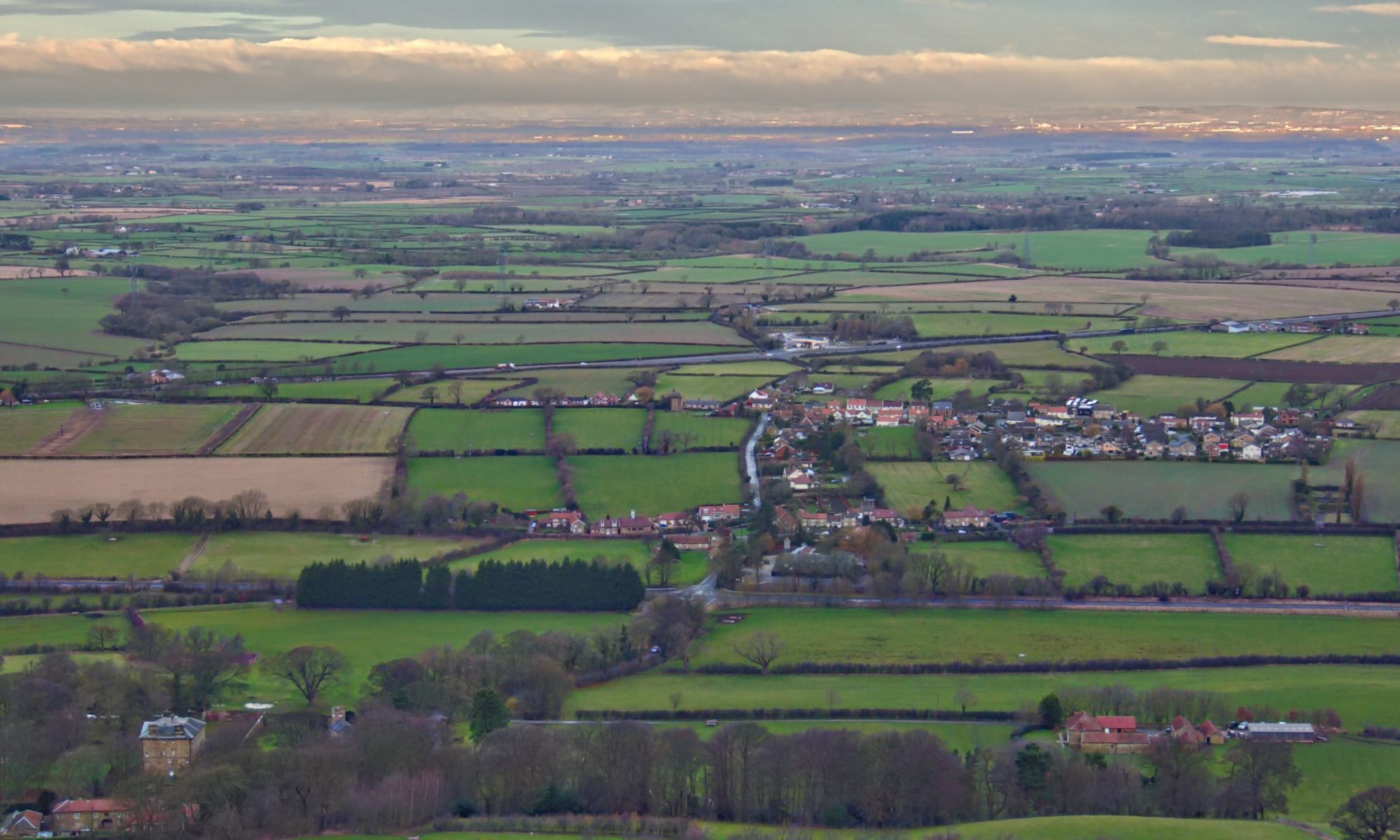 From Beacon Scar looking down on the Vale of Mowbray and the twin villages of Ingleby Arncliffe and Ingleby Cross, now merged into one. Both are mentioned in the Domesday Book although the names imply earlier settlements. Ingleby is simply the village of the Angles whereas Arncliffe is a mixture of Old English and Old Norse and means the cliff of the eagle. So perhaps eagles once nested from just below where I was standing.

Nowadays, the village is probably most famous for its place on the route on the Coast to Coast walk.

Bottom left-hand corner in the photo is Arncliffe Hall, built-in 1753/4 built by Thomas Mauleverer. Apparently the staircase hall of the hall has a Rococo plasterwork ceiling with a figure of Ops, the Roman goddess of plenty, flying over Roseberry Topping. The hall was brought in 1900 by Sir Isaac Lothian Bell and is still owned by the family. Bell was a Victorian ironmaster, a Liberal politician and a Baronet. He was the grand-father of Gertrude Bell, the Queen of the Desert, and also owned Rounton Grange and Mount Grace Priory as well as a house in London.
 Open Space Web-Map builder Code