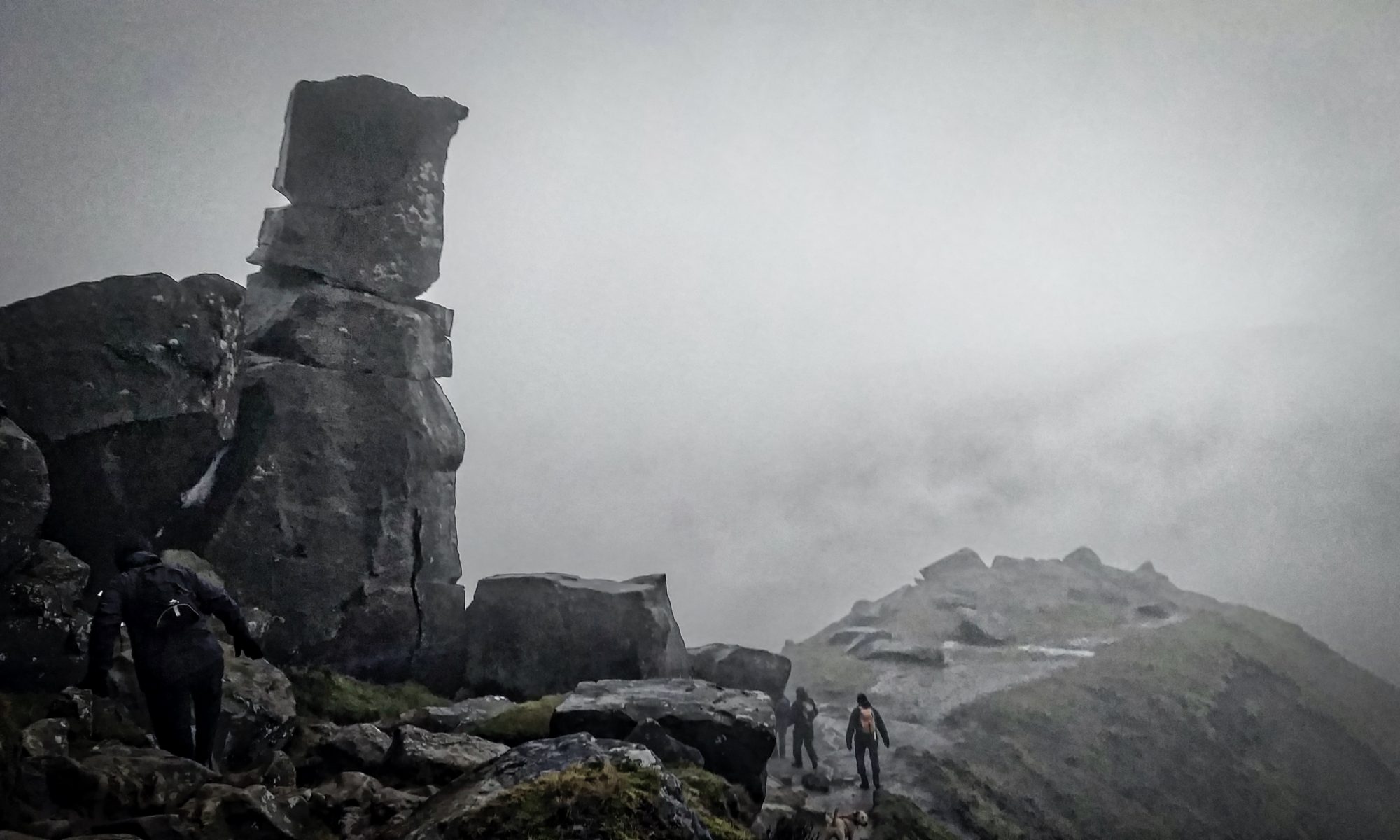 What more is there to say? Perhaps a poem, a sonnet in fact, written in flowery Victorian language but titled quite simply “The Wainstones, Broughton Bank”

From early youth, to more than three-score years,
I’ve loved to climb the mountain on which stand
The rugged WAINSTONES; or on every hand
Are scenes of beauty; Cleveland thence appears
Like one huge garden. How the prospect cheers
One’s sinking spirits, drives of worldly care,
And makes us feel that we can nobly dare
Do all the things Duty needs;—for foolish fears
Affright not minds alive to Nature’s charms.
Church, cottage, farmstead, mansion, village, town,
Are finely intermix’d as we look down;
O’er all, the distant ocean. My heart warms
When looking on the landscape: and to me
The WAINSTONES seem to say — Stand firm for Liberty.

This was printed in the Stokesley News and Cleveland Reporter, a monthly newspaper published by a young George Tweddell aged just 19 between 1842 and 1844. He was an apprentice printer and at first, he printed it using the equipment of his master, however after complaints from the local Conservatives about some of his more political articles he had to print the later editions independently.

The poem was one of a series called Cleveland Sonnets, all under various nom de plumes but thought to be early examples of Tweddell’s work.
 Open Space Web-Map builder Code