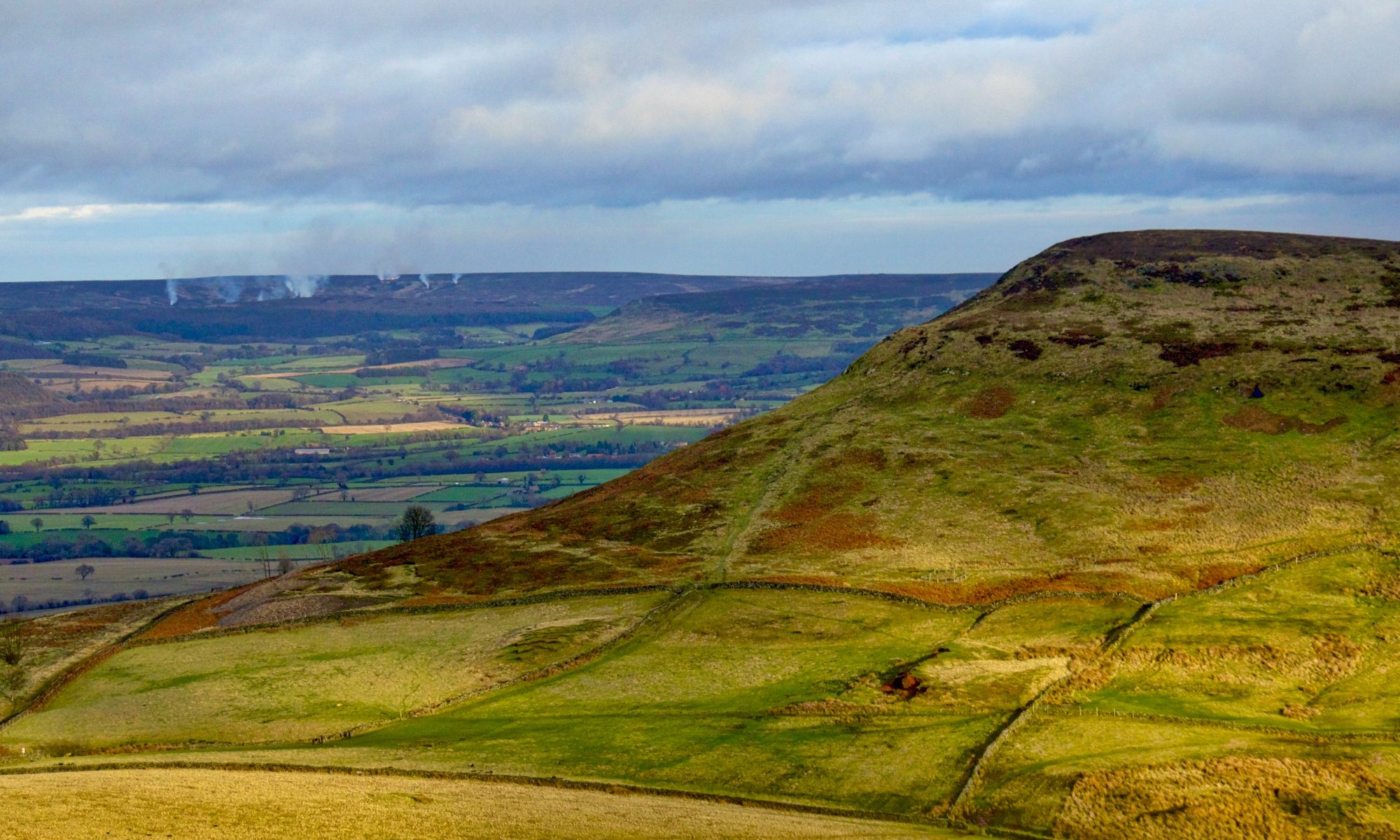 Another overcast and windy day with just the one brief glimpse of the sun. It happened when I was perambulating Cringle Moor, with Cold Moor getting the benefit. Or should I call it Mount Vittoria, the name on the 1857 map for the plantation which covered it. A much preferable name. I’m guessing that it is named after Wellington’s victory in 1813 in the battle of that name in the Peninsular War of Spain, although sometimes written with one ‘t’. Perhaps planted in memory of a lost son or husband who fought there. Cold Moor has also been called Cawdma Rigg*, but this looks like different spellings of the same colloquial name.

One point of interest is a ‘cave’ towards the rights of the photo, looking like a black triangle. This is apparently a trial drift to assess the quality of an ironstone seam. I must admit I was a bit sceptical although I have heard the explanation from two sources. It is at quite an altitude compared with, say, the Ailesbury mine in Scrugdale and the Kildale mines; and Peter Tufts does not mention it in his comprehensive ‘Catalogue of Cleveland Ironstone Mines‘ published in 1996. The British Geological Survey’s interesting mapping website does show a thin band called the Eller Beck Formation comprising mudstone, sandstone and ironstone at about the 370m contour line. The outcropping of this seam can be clearly seen contouring around the hillside. All I can say is that the prospector(s) must have been a tad optimistic. Even if the ironstone band was of good enough quality, due to the narrowness of the ridge, there would not have been that much of it available to exploit.

The other noteworthy observation is the heather burning in the distance which looks to me like Commondale and Wayworth Moors.