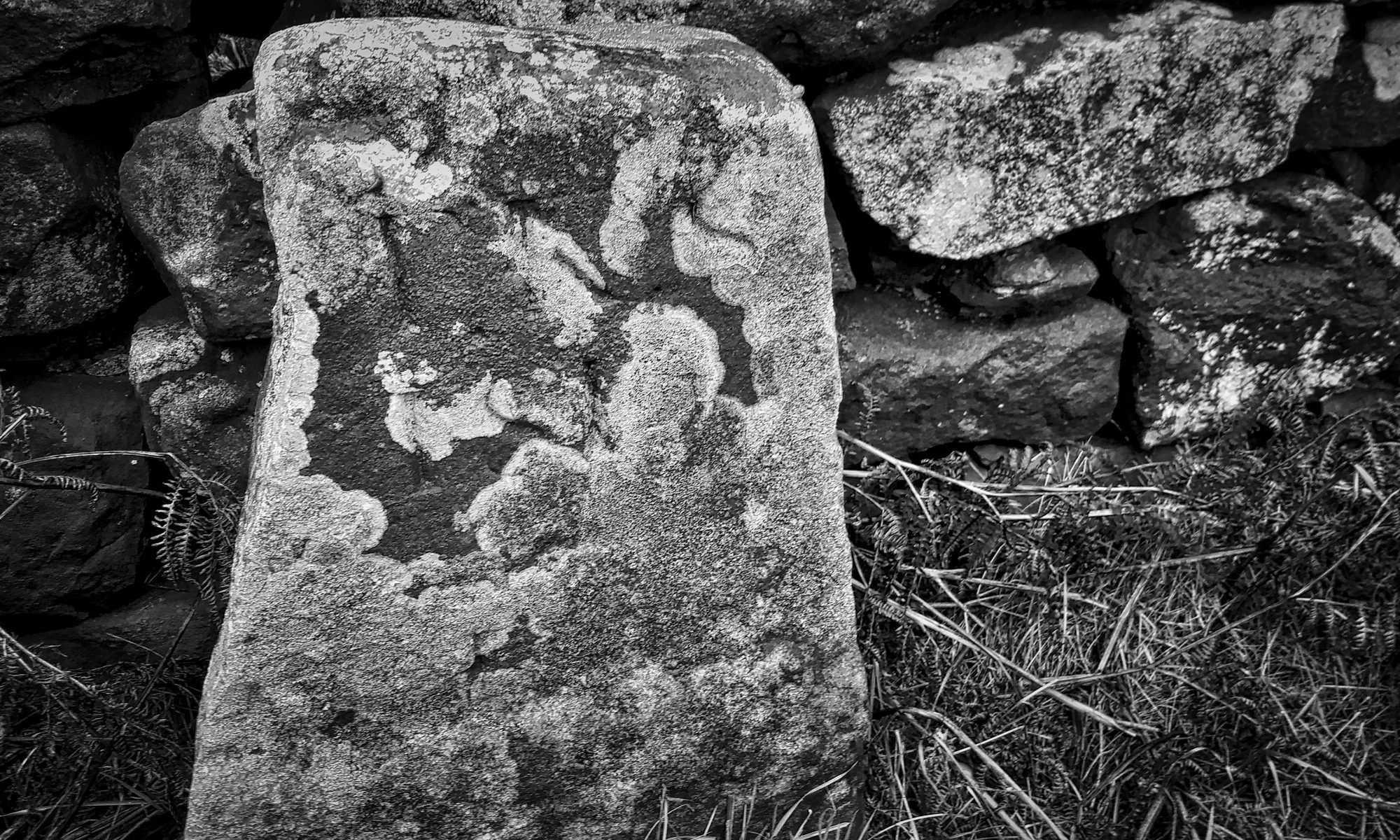 Another dull morning with a sky of corrugated grey cloud clipping the top of Roseberry. So an old favorite, the Moor Edge Stone marking the boundary between the parishes of Newton-under-Roseberry and Pinchinthorpe. Rendered in black and white in an attempt to emphasize the heavily weathered inscription of “TKS 1815” standing for Thomas Kitchingham Staveley and a date when the moor was enclosed.

In 1832 Staveley was elected as an MP for Ripon in the first elections to take place after the Great Reform Act of the same year. This act was a landmark on the path to the parliamentary democracy that we know today. It went some way to reforming the constitution of parliament, with the redistribution of seats and the creation of new constituencies were created such as Manchester which previously had no representation. A uniform franchise was created giving the vote to all householders who paid a yearly rental of £10. Of course, women still had no vote.
 Open Space Web-Map builder Code