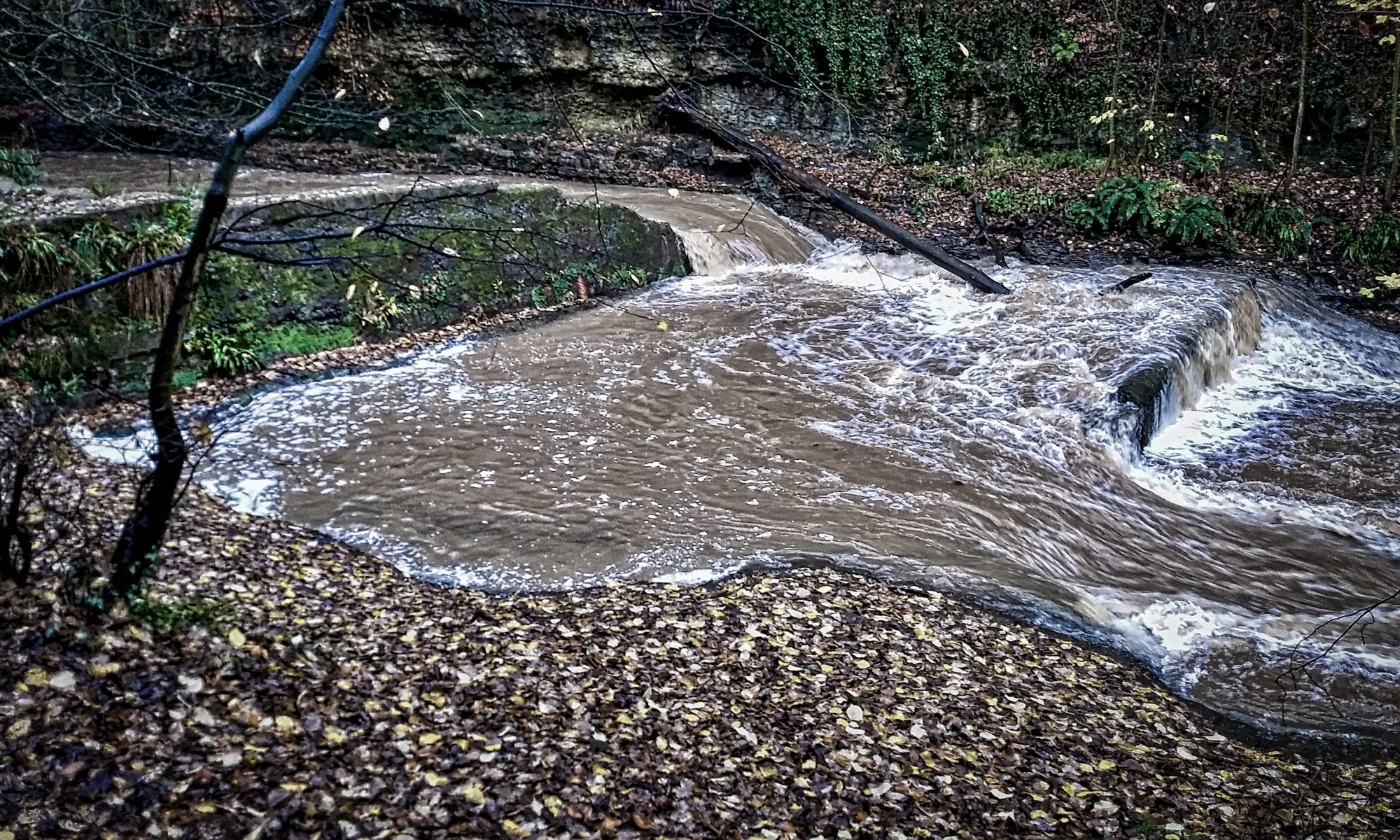 There was a lot of water coming down Skelton Beck this morning tumbling over the ruined weir built to provide a head of water for the long-demolished Marske Corn Mill a few hundred yards downstream. It is interesting that the mill took its name from a village two and a half miles away along the coast and not the nearer one surrounding Skelton Castle which dated from the 12th-century. One reason for this may be that, in the mid-17th century, when a mill was first documented here, Skelton Castle was in ruins, and Marske may have had a far stronger economy with more productive fields. Skelton Beck forms the boundary between the two parishes and the mill was on the Marske side. Access from the Skelton side, as you can see, deep in this gorge, would have been problematic. The ancient fording point of Skelton Beck was a mile upstream below Skelton Castle, where the A1085 is today and where the movement of goods south from the fishing village of Redcar could be observed and controlled. Saltburn, of course, was a new town that developed in the mid-19th-century with the coming of the railway.
 Open Space Web-Map builder Code