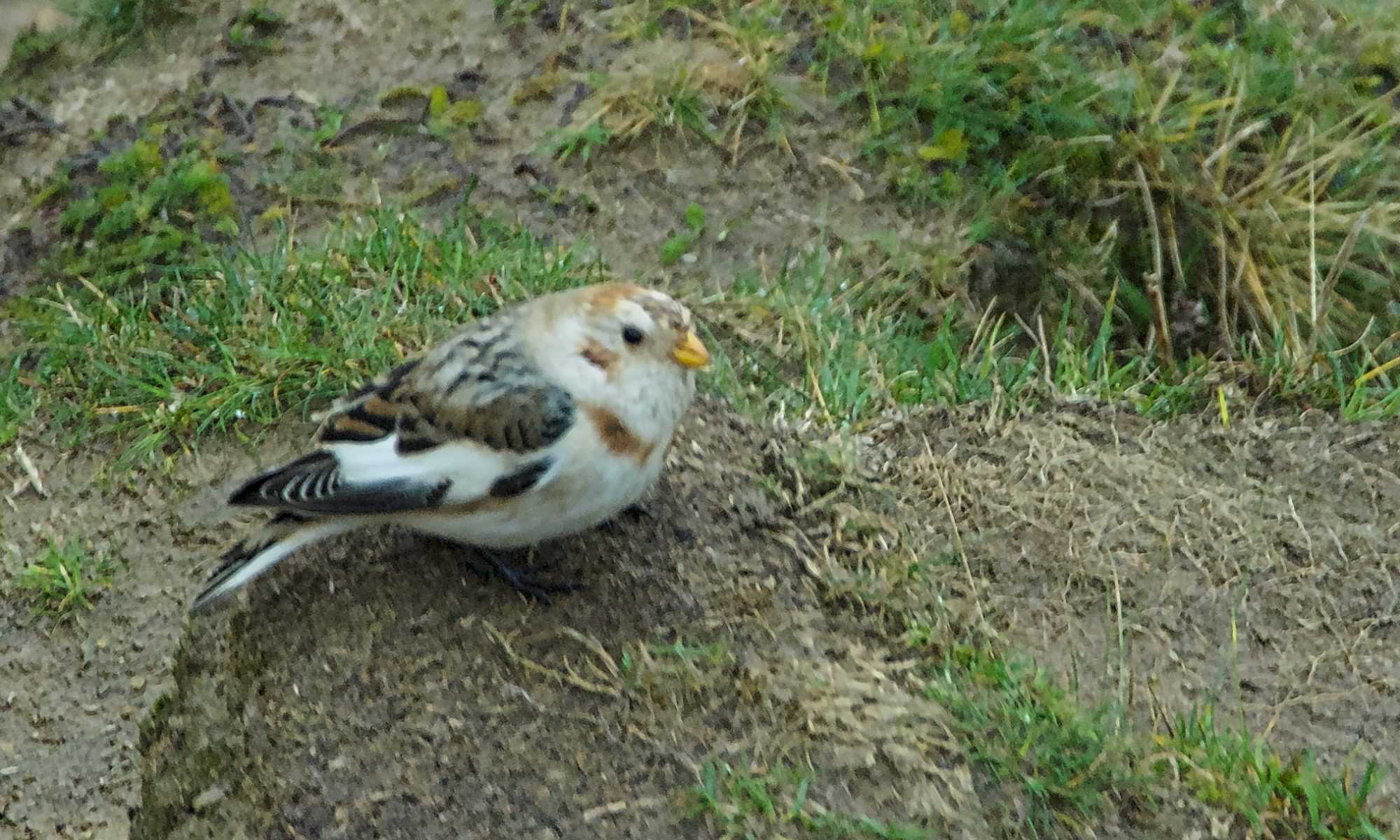 I spotted this little cutie on the top of Roseberry this morning. I think it’s a juvenile male Snow Bunting but I’m open to being told otherwise. Probably having a breather after its nocturnal migration from its Arctic breeding grounds. Usually seen in flocks so I guess this one has lost its mates en route.

And so to today, November 4th, Mischief Night. When I was growing up in the 60s in an East Midlands city, I’d never heard of Trick or Treat. E.T. brought that over from America with Haloween, along with the plastic tat. I remember playing knocky nine doors using cotton attached to door knockers (none of these new-fangled electric bells in those days). It may well have been on Mischief Night, the day before Bonfire Night when Guy Fawkes was up to mischief setting his gunpowder plot in the undercroft of Parliament.

Pumpkins are another import from America, traditionally they were carved out of turnips or swedes and called Jack-o’-lanterns or Punkie lights.
 Open Space Web-Map builder Code