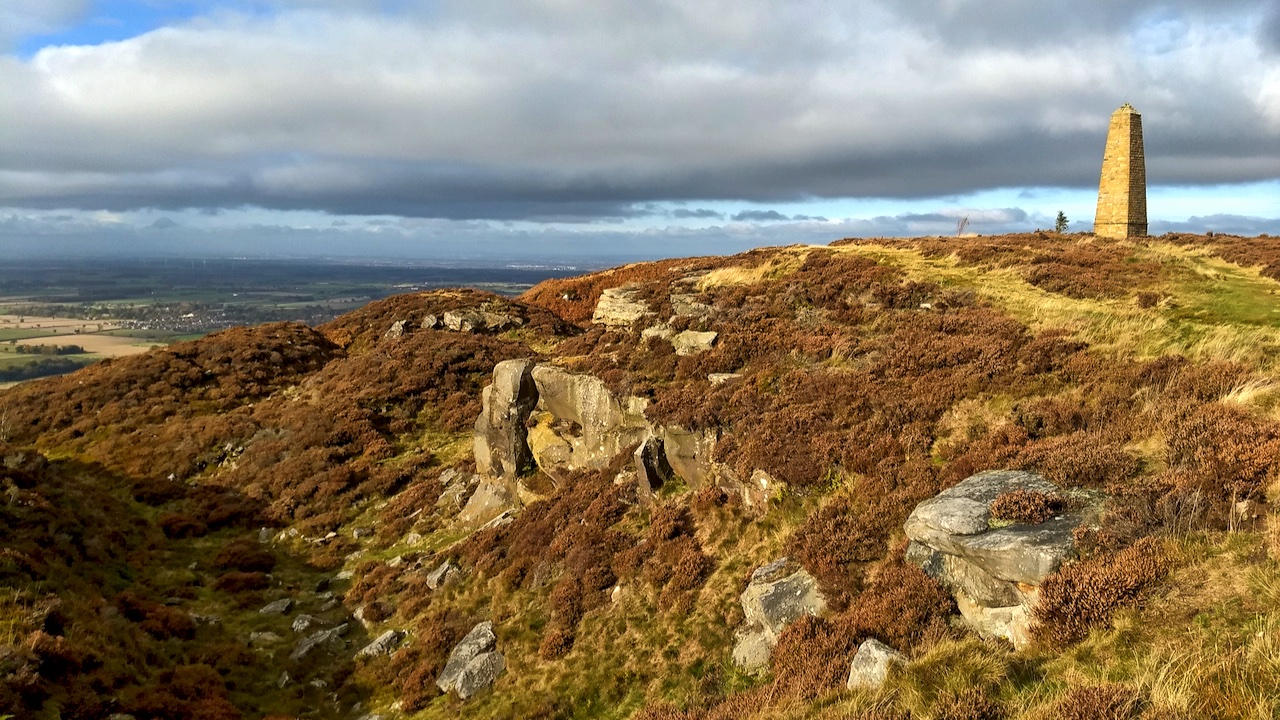 The 2nd of November. I have been wanting to take a trip to Otterington just south of Northallerton on this day for a few years now. But again it slipped my mind until too late to arrange. So a tenuous connection I’m afraid. In the distance of this photo of Capt. Cook’s Monument lies Middlesbrough and on this day in 1892, an overnight mineral train was bound for Starbeck near Harrogate from Middlesbrough. It was cleared for the mainline from Northallerton but came to a halt outside Otterington signal box, still on the mainline. It was a foggy night and thirteen minutes later an express train from Scotland, travelling at 50 mph, ploughed into the back of the goods train. Ten people were killed and over 40 injured.

An explanation for the tragedy can best be gained from the following extracts from testimonies heard at the Board of Trade Accident enquiry:

“I was not injured, but a little shaken. There was no application of the brake before the collision. I got out as soon as I could, but was a little dazed. The three rear vehicles on the train were still on the rails, but all the others were off. I got back into the van again for my lamp which had been put out. I relit it, and took my signals, and went forward as fast as I could to the signal cabin. Just as I got there I met the signalman coming down the steps. I said ‘Oh Dear! What have you done?’ The only answer I could get from him was ‘I have a child dead in the house. Had I been relieved as I asked to be, this would not have occurred.”

“I went to see Mr Kirby, the Station-Master…under whose orders I work. I said to him, ‘I have had a child die very suddenly. Will you wire to Mr Pick [the signal inspector] to see if I can be relieved for the night? I knew that I was not fit for duty. He said he would try what he could, and that I had better come up at the usual time for duty; and see what the reply was about the relief. I went about 6pm to the station…and when I got there I asked Mr Kirby what the reply was. He said that Mr Pick had replied that he regretted he could not relieve me that night.”

“He was distressed about his child, but I did not think he looked unfit for duty.”

Holmes, the signalman, was found guilty of manslaughter but was given an absolute discharge, a light sentence but one that was widely praised by the public. What was apparent was the North Eastern Railway’s inadequate support for its employees which contributed to changes of worker’s rights, working conditions, and corporate responsibility.

For further reading see here. The map below is centered on Otterington. I assume you know where Capt. Cook’s Monument is.
 Open Space Web-Map builder Code