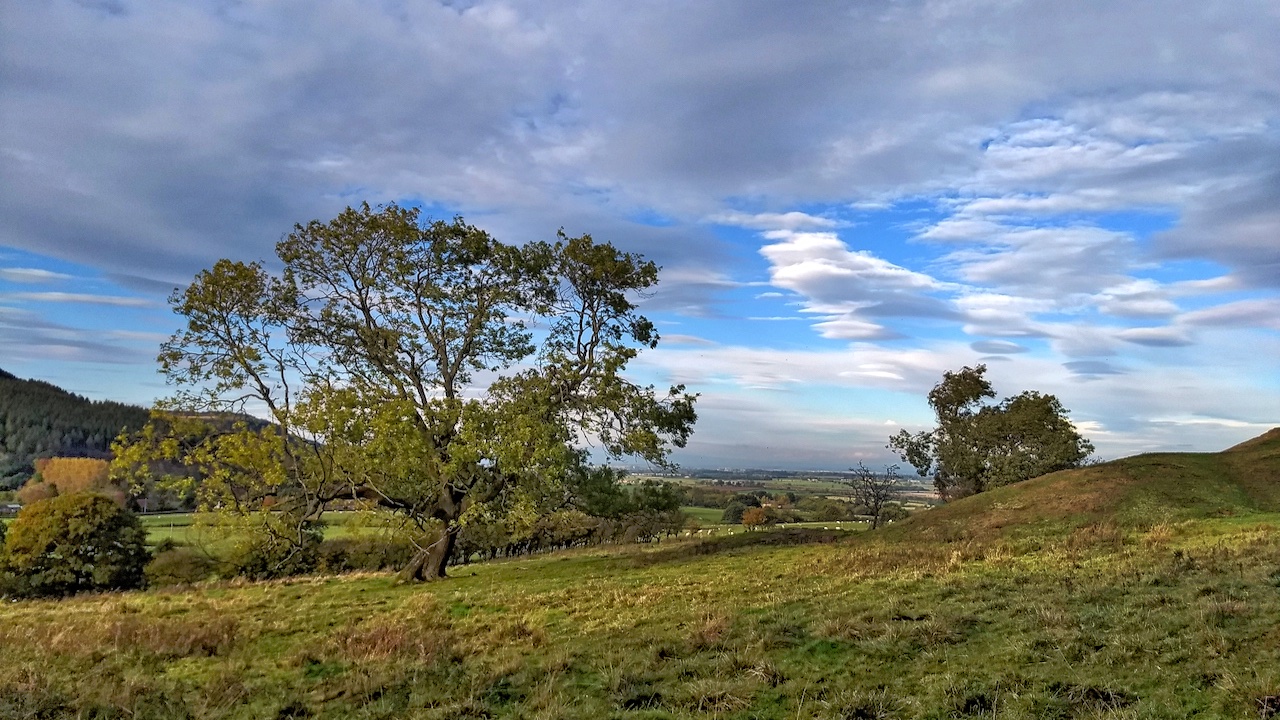 Near Huthwaite Green in Scugdale a fine specimen of the Common or European Ash, Fraxinus excelsior, one of Britain’s most majestic trees. In Norse mythology, the tree is Yggdrasil, a great ash at the centre of the cosmos where its branches and roots connect different places and time, allowing passage from the underworld to heaven.

The wood is strong and flexible and traditionally used for spears and axe handles. In fact, the name derives from the Anglo-Saxon word aesc for a spear.

But the Ash is under threat from the fungus known as Ash Dieback, a disease from Asia that was first recognised in the UK in 2012. The fungus is spread by the wind and there are outbreaks in North Yorkshire but this tree seems healthy enough. Then I am no expert.
 Open Space Web-Map builder Code