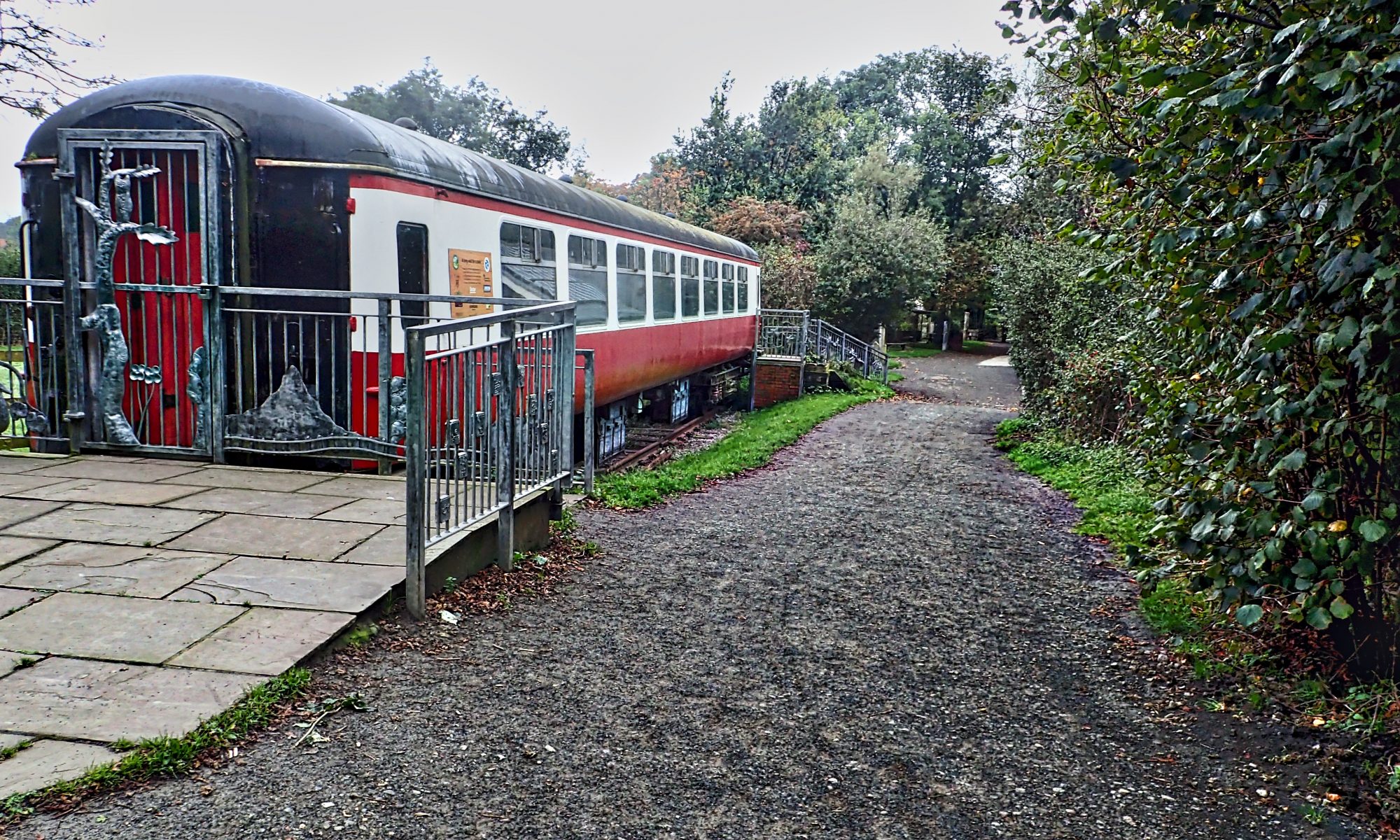 The Pinchinthorpe Walkway and Visitor Centre, on the route of the old Middlesbrough and Guisborough Railway. The carriage is not authentic and is a recent purchase for use as an outdoor classroom. The Middlesbrough and Guisborough Railway was built in 1853 to serve the ironstone mines at Codhill owned by Joseph Whitwell Pease, a leading Quaker industrialist. Initially, Pease had no intention of extending the line to Guisborough, and it was only after the intervention by Lord Guisborough, that the Act of Parliament that was passed included a deviation to the town. The railway was built by the Darlington and Stockton Railway, another company in which the Pease family were highly influential. The route chosen was not the cheapest or the easiest to construct. It crossed the flatlands between Nunthorpe and Pinchinthorpe; the Carrs, soft boggy terrain. The major factor was to avoid a route close to the interests of rival mining companies on the southern slopes of the Eston Hills at Upsall and Scugdale. Once established it would be difficult for another railway company to get a foothold.

From Pinchinthorpe the route climbed the gap between the spur of Bousdale Hill and Grove Hill. This seems quite gentle on today’s walkway but at 1 in 45 actually required two locomotives. In 1871 the new station at Pinchinthorpe (west of the road) was five years off completion. The old station was east of the road which crossed the railway by a level crossing. Lengths of double track at the top and bottom of the incline enabled the movement of this extra engine. In that year the Middlesbrough Weekly News reported that a passenger train bound for Guisborough had derailed and crossed to the parallel line, miraculously remaining upright. I imagine this would have been close to where the railway carriage is in the photo. The guard raced back the 100 yards or so to Pinchinthorpe station to raise the alarm thereby narrowly averting a collision with a mineral train descending the incline.
 Open Space Web-Map builder Code