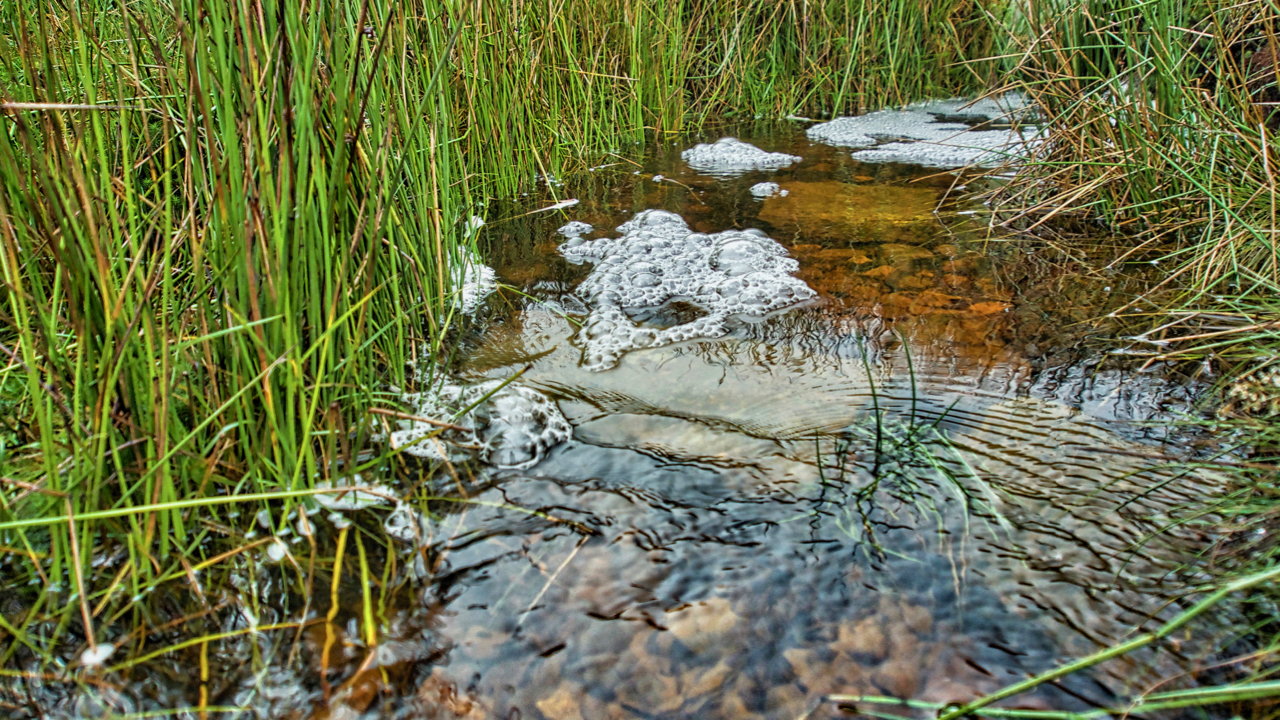 Another blashy morning with low cloud so no panoramic views today. Plenty of water around though. This is Howden Gill which drains Great Ayton Moor. The foam is caused by natural surfactants released from decaying organic matter in the stream lowering the surface tension and allowing the water and air to mix more easily creating bubbles. Howden Gill will flow eventually into the River Tees where the foam is known as Peg Powler’s cream or suds. Peg Powler is the spiteful green-skinned creature with long hair and sharp teeth who haunts the river and grabs reckless children getting who venture too close to the water, dragging them down into the deep, where she feasts on them at her leisure.

Interestingly ‘suds’ originally referred to the muddy or sandy silt left by a flood after it has receded. It probably derives from an old Dutch word, ‘sudse’, for a bog.

In Northamptonshire, this foam on a stream or river is called ‘beggar’s balm’ and in Cumbria ‘smother’. The Gaelic word is ‘sgùm‘ which to a sassenach seems awfully close to the English ‘scum’. Indeed the etymological dictionary says the word comes from the Proto-Germanic ‘skuma‘ for foam or froth.

Finally Gerard Manley Hopkins in his poem “Inversnaid” refers to this foam as ‘twindles’:

A windpuff-bonnet of fáwn-fróth
Turns and twindles over the broth
Of a pool so pitchblack, féll-frówning,
It rounds and rounds Despair to drowning.