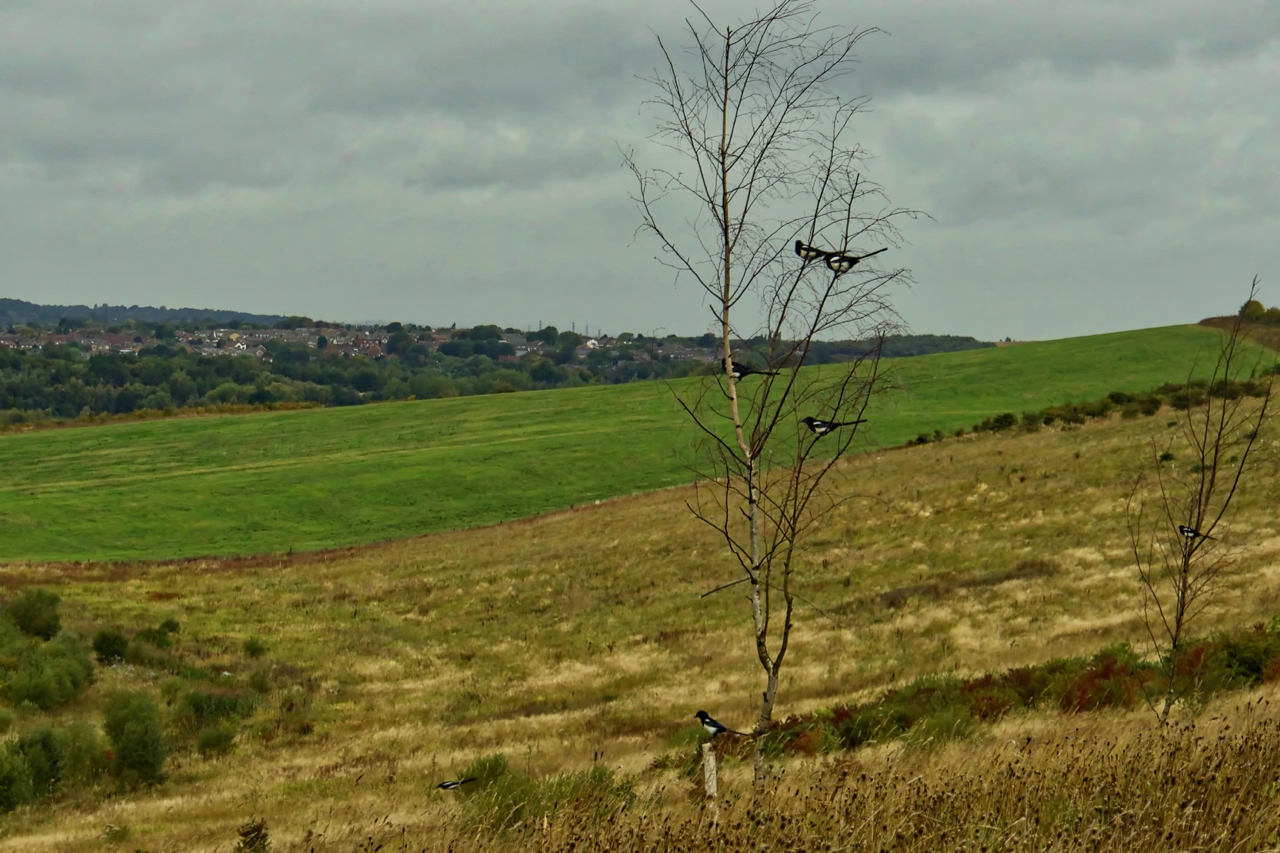 One for sorrow, two for joy …

How does the rhyme go? There’s seven here (including the one flying) that must be a secret never to be told.

There are various collective terms for a group of magpies: a charm, gulp or tiding. Even a parliament and murder have been used although these two are more commonly associated with the other Corvids, rooks and crows. I think I prefer a mischief best.

Or should that be a mischief of piannets? Piannet is the Yorkshire name for the bird, derived from pied Annot. Annot being a diminutive of Agnes. A bit of a theme as magpie itself comes from pied Margaret (Maggie). Birds were frequently given human names: Tom Tit, Jenny Wren are two that immediately come to mind,

Pied of course refers to the black and white colouring and is found in other birds’ names, the pied flycatcher or pied wagtail. And of course, there’s the piebald horse.

Called in at the St. Aiden’s RSPB Reserve, a huge area of wetlands recently created from an open cast coal mining site in the triangle created by the A1(M), the M1 and the M62.
 Open Space Web-Map builder Code