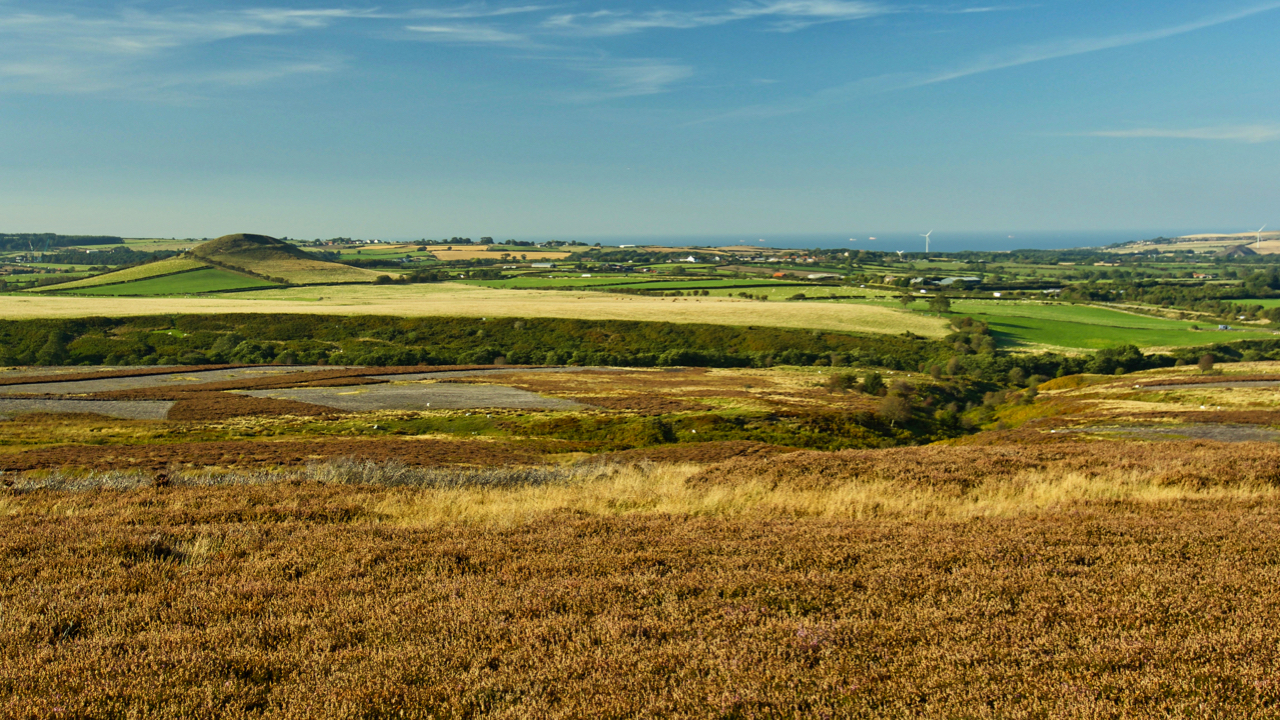 Around the time when Robert the Bruce defeated the English forces at the Battle of Bannockburn, Edward Trotter was farming in Dimmingdale, near the distinctive Freebrough Hill. One spring evening in May, Edward was checking his sheep and lambs grazing on the slope of Freebrough Hill. Suddenly, something spooked one ewe which ran off with her lamb around the far side of the hill.

Edward followed and was just in time to see them disappear down a large hole. He began to crawl down the hole which became larger the deeper he went so that eventually he could stand upright. The tunnel entered an underground chamber lit in a curious dull grey glow with a door, slightly ajar. Edward went through and at the other side there a massive guard in chain mail stood armed with a spear and sword. He ordered Edward to be quiet and pointed to a huge round table laden with goblets and plates and around which were sleeping knights. The guard explained the men were King Arthur and his Knights and were awaiting the call to defend England from tyranny. He told Edward to leave and never mention this place to anyone. Well, Edward found his way out and told his wife where he had been but he was never able to find the entrance to the tunnel again. So there sleeps King Arthur and his Knights of the Round Table, awaiting the call to save England from tyranny.