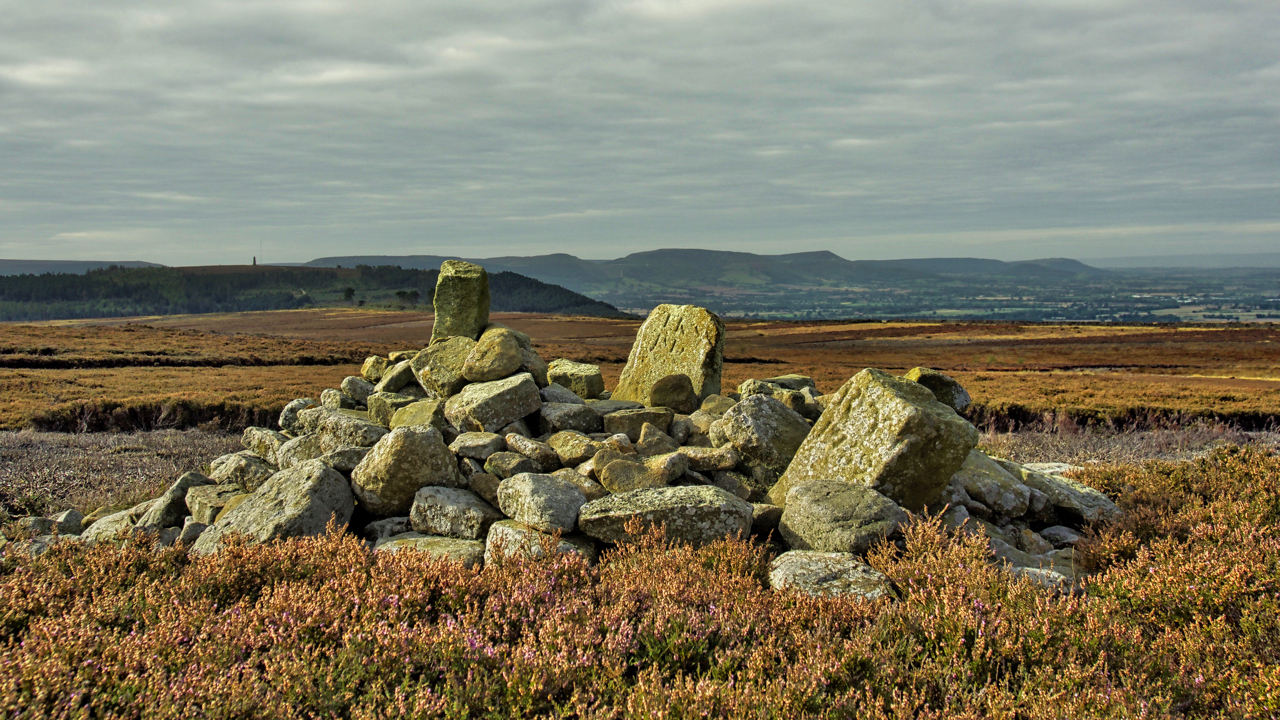 On Great Ayton Moor, a jumbled pile of stones on top of a Bronze Age round cairn and partly buried are two roughly dressed limestone boundary stones. One is inscribed “TKS 1815” while is inscribed “RY 1752” on the east side and “GN” on the west side. I don’t know about the “TKS” or “GN” but “RY” probably stands for Ralph Yoward, Lord of the Manor of Hutton.

Since the dissolution of Gisborough Priory by King Henry VIII, Hutton had been Crown land administered by the Hospital of the Savoy in London, which had been founded by Henry VII for the poor and needy. The Yoward family had been lessees since the mid-17th century, and when the hospital was dissolved in 1716 the land was granted to the Richard Yoward, Ralph’s father. The hospital was located where the Savoy Hotel and the Savoy Theatre stand today.

Richard died in 1751, with Ralph taking over the lease. One of the conditions he had to fulfil was that he had, within a year and thereafter every seven years, to make a “land terrier” or legal record of the estate precisely describing the “metes and bounds” – an accurate estate map. Presumably, the erection of the boundary stone was part of this process.
 Open Space Web-Map builder Code