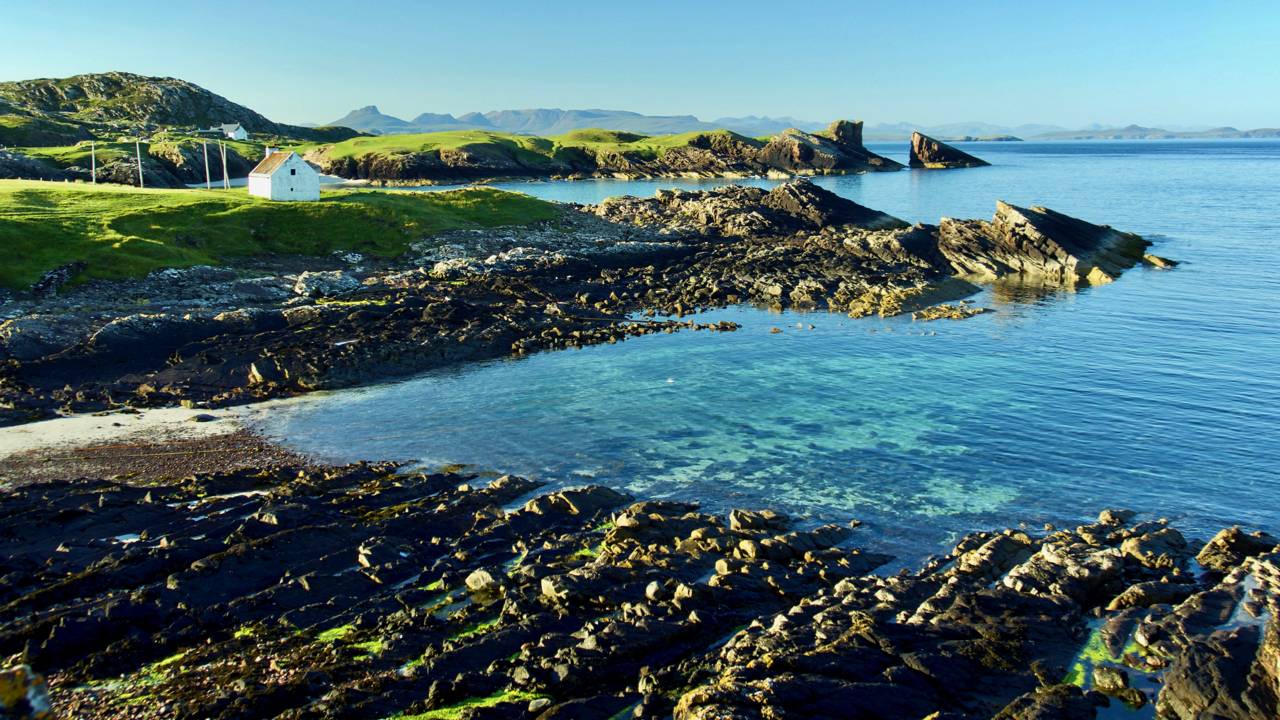 Clear blue skies with no wind for the early dog walk predicting a warm day. This is looking towards the distinction spilt rock of Torridonian sandstone from which the village of Clachtoll gets its name. The name Clachtoll means the rock with the hole, a sea arch, and there was indeed one which collapsed in the 19th-century.

The small building on the left was a salmon fisherman’s bothy, still with the tall posts alongside for drying and mending the nets, last used in 1994. Fishing would have been by the technique of bag net fishing. This consisted of a long leader net set perpendicular to the coast, anchored on the sea bed and kept upright with floats and poles. At the end of the leader net, a bag net is set to capture the salmon. The salmon swim parallel to the coast searching for their river of birth. On meeting the leader net they turn seaward along the leader net and into the bag net. A small sign on the bothy says its preservation has been part financed by the European Union. A reminder of the many ways, small and large, that these isolated communities have been helped by the EU.
 Open Space Web-Map builder Code