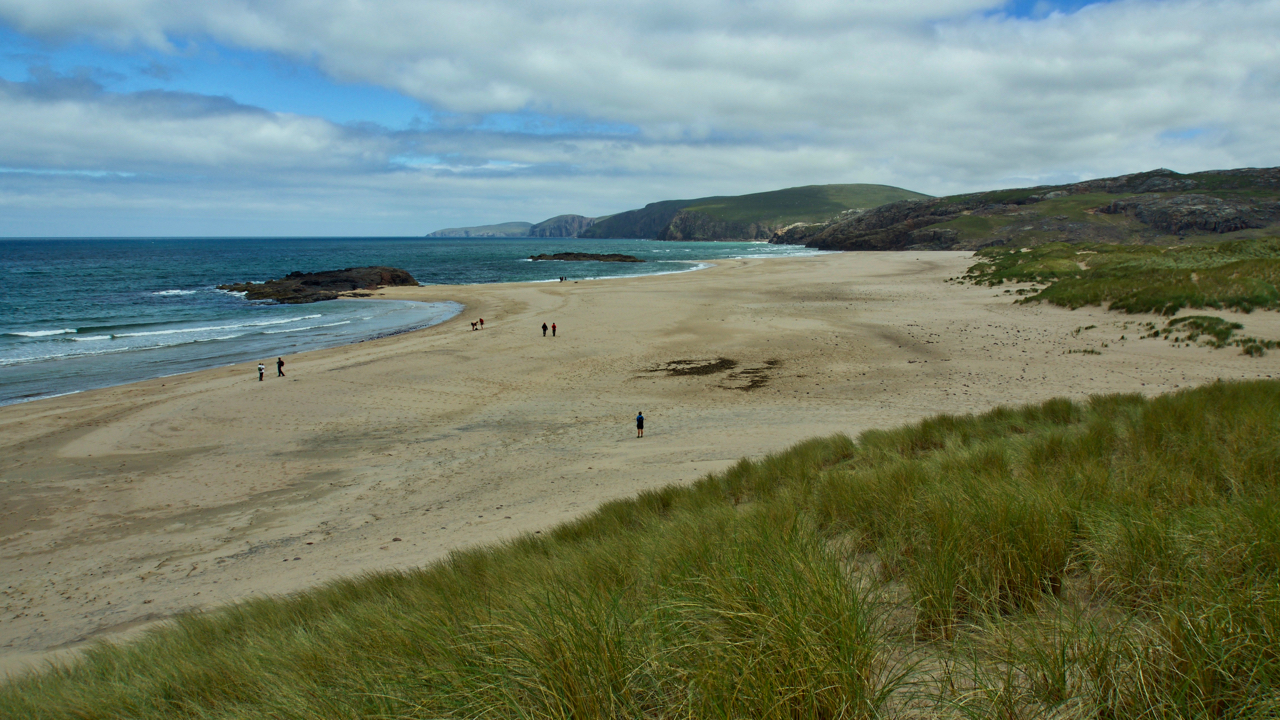 I was last here 20 years ago but I can’t for the life of me remember the 6½ km walk in. But I have the photo to prove it so must have. Sandwood Bay is far more popular today but I wonder if the wild campers that were there know of the ghostly stories associated with it.

In the 1940s Sandy Gunn, a small landowner from Kinlochbervie was looking for some lost sheep with two friends. On the moonlit beach, they saw a man with a hairy beard and whiskers. Two weeks later a boat was wrecked and the body of one of the crew was washed up where the apparition was seen by Gunn and his friends. They recognised the corpse as the man they saw.

Later that decade a party of visitors from Edinburgh walked in for a spot of fishing with a local gillie as a guide. A man in a sailor’s tunic and cap was seen but when the gillie approached him he found there was no one there nor was there any footprints in the sand. In the 1950s some more Edinburgh visitors were picnicking when they saw a bearded sailor who then vanished again leaving no footprints. On another occasion, a crofter and his son gathering firewood saw a man in a sailor’s uniform who shouted at them to leave his land.

The hauntings are not restricted to the beach. There are the remains of a cottage at Sandwood Bay and some who bivvied there while it still had a roof reported hearing footsteps walking from room to room. Not many recent reports though. Perhaps the ghost was exorcised when an Edinburgh lady of high integrity was sent a piece of wood from the staircase of the cottage. She reported china knocked over, the sound of footsteps and other noises, the faint smell of alcohol and tobacco and the shadow of a bearded sailor who shook curtains before vanishing. Why should someone send a piece of wood to a lady in Edinburgh is a mystery.

All these sightings seem to stem from Sandy Gunn. Now he may well be a relation to Alexander Gunn who at the turn of the 20th century climbed down a gully at Sandwood Bay to rescue one of his sheep. It was not a man Alexander saw but a mermaid marooned on a rock awaiting the tide. She had reddish yellow curly hair and wreath of seaweed and stared at Alexander with a frightened expression, Perhaps it was this folk memory that was in the back of Sandy’s mind on that night in 1940.
 Open Space Web-Map builder Code