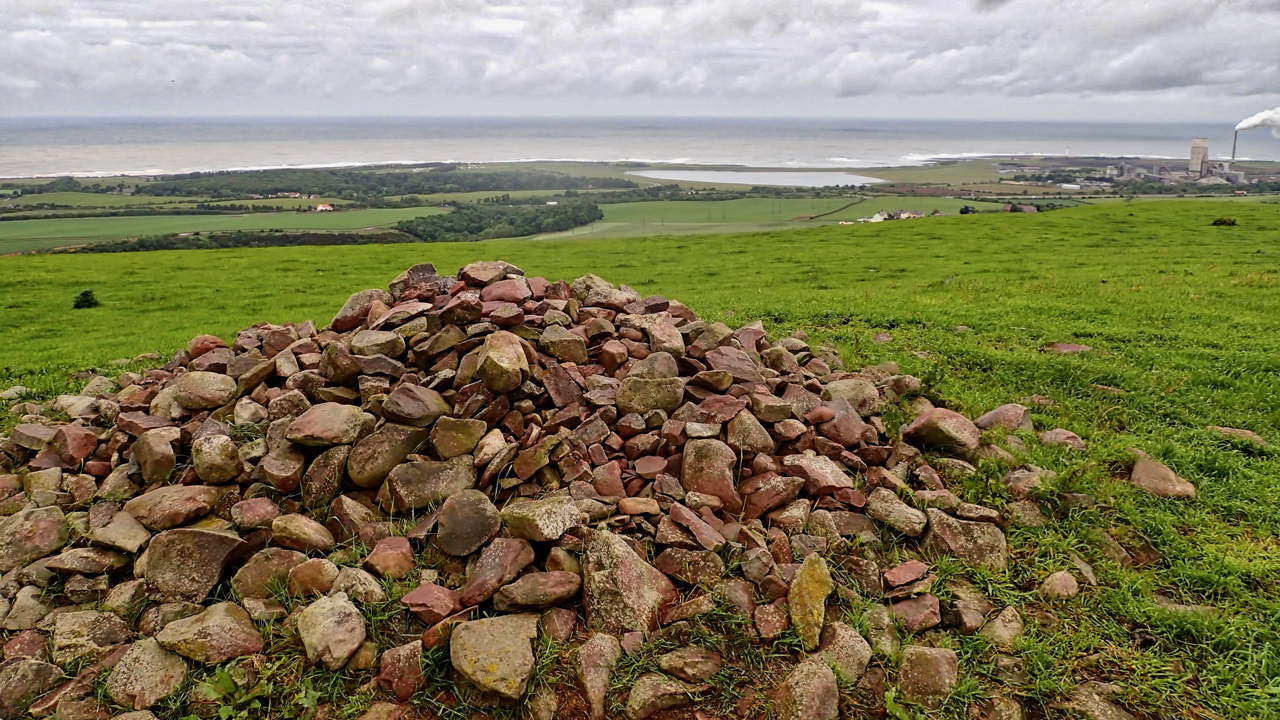 Some of you might remember, but, in 2013, work was stopped on the construction of the new café at Palace Green Library between Durham Cathedral and Durham Castle when human remains were found, tightly packed in two mass graves. It was probably on the local news but when it was released that the bodies were, in fact, Scottish prisoners captured by Oliver Cromwell from the Battle of Dunbar in 1650 it made the national news.

Cromwell was fighting the Scots because they had sided with the English Crown. After several advances and retreats, the two armies met at Dunbar. The Scottish army had the superior number but mostly untested raw recruits picked straight from the fields and industries. Cromwell, on the other hand, had a much smaller force of highly disciplined troops. The battle was over within an hour, the Scottish army surrendered and Cromwell was left with 9,000 prisoners.

The photo is taken from Doon Hill, where the Scottish encampment was, looking down on the battlefield to the right of the wooded valley of the Broxburn, centre of the photo. The A1 bisects the site. The lake is modern, a flooded quarry.

What did Cromwell do with his prisoners? Any injured and unable to continue the fight were sent back to their homes. Around 5,000 men. The rest were force marched south and confined in Durham cathedral which, in these Presbyterian times, was not in use as a place of worship. Many were suffering greatly of starvation and disease and the mortality was high hence the skeletons found in the new café excavations.

Eventually, the remaining prisoners were scattered around the world as indentured servants, effectively a fixed term slave, typically seven years. To East Anglia to drain the fens, to the New World, to France. Very few managed to return to Scotland.
 Open Space Web-Map builder Code