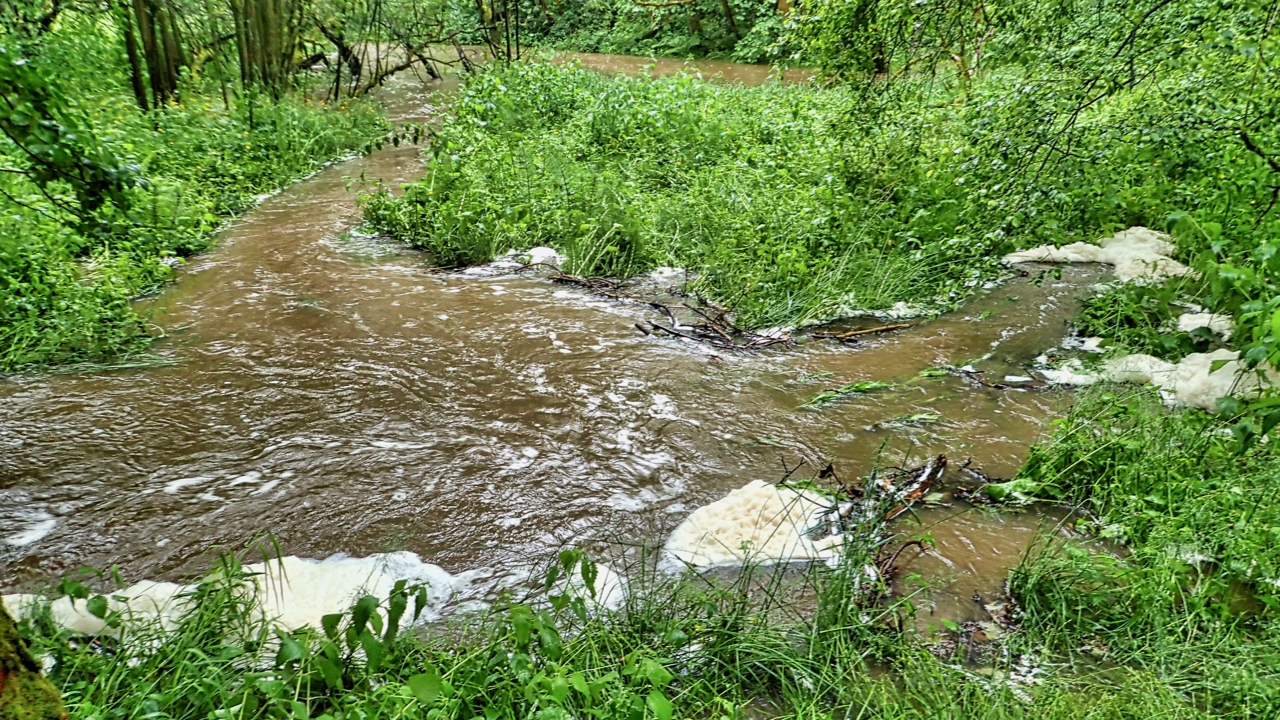 I know a confluence is where two streams or rivers converge. The usual node in a river network. A meeting of waters. But what is a parting of waters called? Where a stream separates into two courses. I know of one, in the Lake District, Raise Beck above where it tumbles down to Dunmail Raise. One course flows north into Thirlmere, the other south into Grasmere. Of course, in times of low flow, one course is less dominant and dries up. It’s called a “bifurcation”, from the Latin furca for a fork.

Slacks Beck in Great Ayton normally disappears underground in the old whinstone quarry of Slacks Wood, only to bubble out of the ground 50 or so metres away. But this morning, the beck full with overnight rain, there was a bifurcation with half the water flowing into the flooded quarry. OK, not as good an example as Raise Beck but I was struggling to find inspiration.
 Open Space Web-Map builder Code